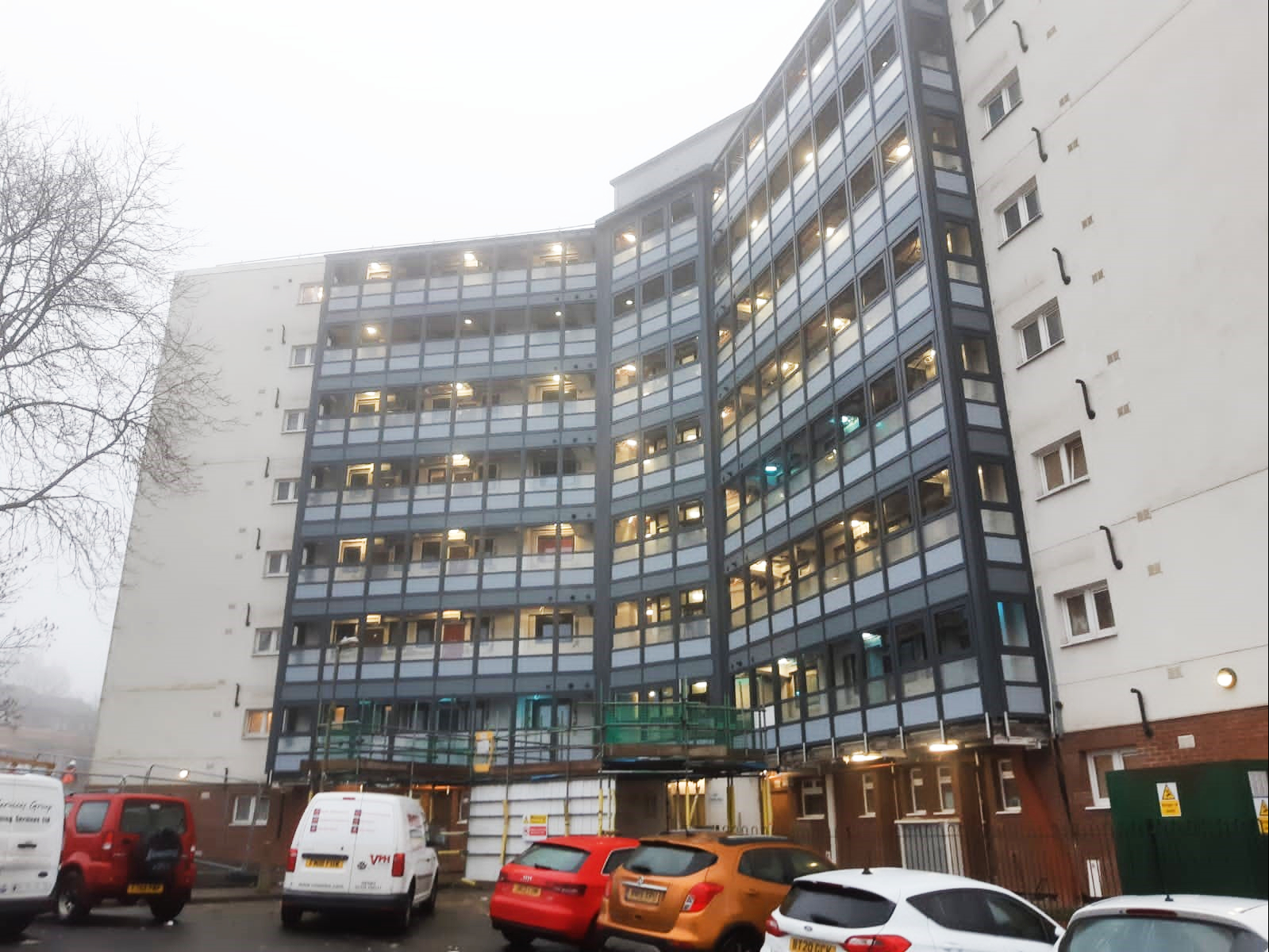 The two companies worked together to design and manufacture an aluminium curtain walling system for a group of five residential housing blocks, which were previously fitted with open balconies and cladding.

Once the original cladding had been stripped off, a curtain wall system was installed, which allowed the architects to give the building an attractive and contemporary aesthetic of aluminium and glass.

Central Window Systems director Paul Woods said: “As with many existing buildings, it was a challenge to come up with a suitable solution. In this case, we worked closely with Excel 2000 Windows to find something that would suit the irregular slabs that were already in place, as well as the resin floors that needed to be cut out.

“These buildings weren’t originally designed to incorporate curtain walling, so we helped to carefully work out a solution that would not only suit the building itself, but also every other trade following on from us.

“And of course, the project came with several challenges. For example, we had to work carefully to install around existing ducting for the mechanical and electrical components.

“The angle in the middle where the screens met was also quite complicated and required a lot of thought when we were in the design phase, but it was just a matter of working with that level of detail.”

Central has a long-standing relationship with Excel 2000 Windows, having helped it on several installation projects in the past, mainly through its PVCU division.

Excel 2000 Windows managing director Tracey Harris said: “Their aluminium services were just as impressive. They were an indispensable help on the Rubery installation, from the initial design stages through to the final touches, and we will certainly continue to use their valued services in the future.”

Why not subscribe to Glass Times?
Previous A door to opportunity Next New aluminium flush casement window