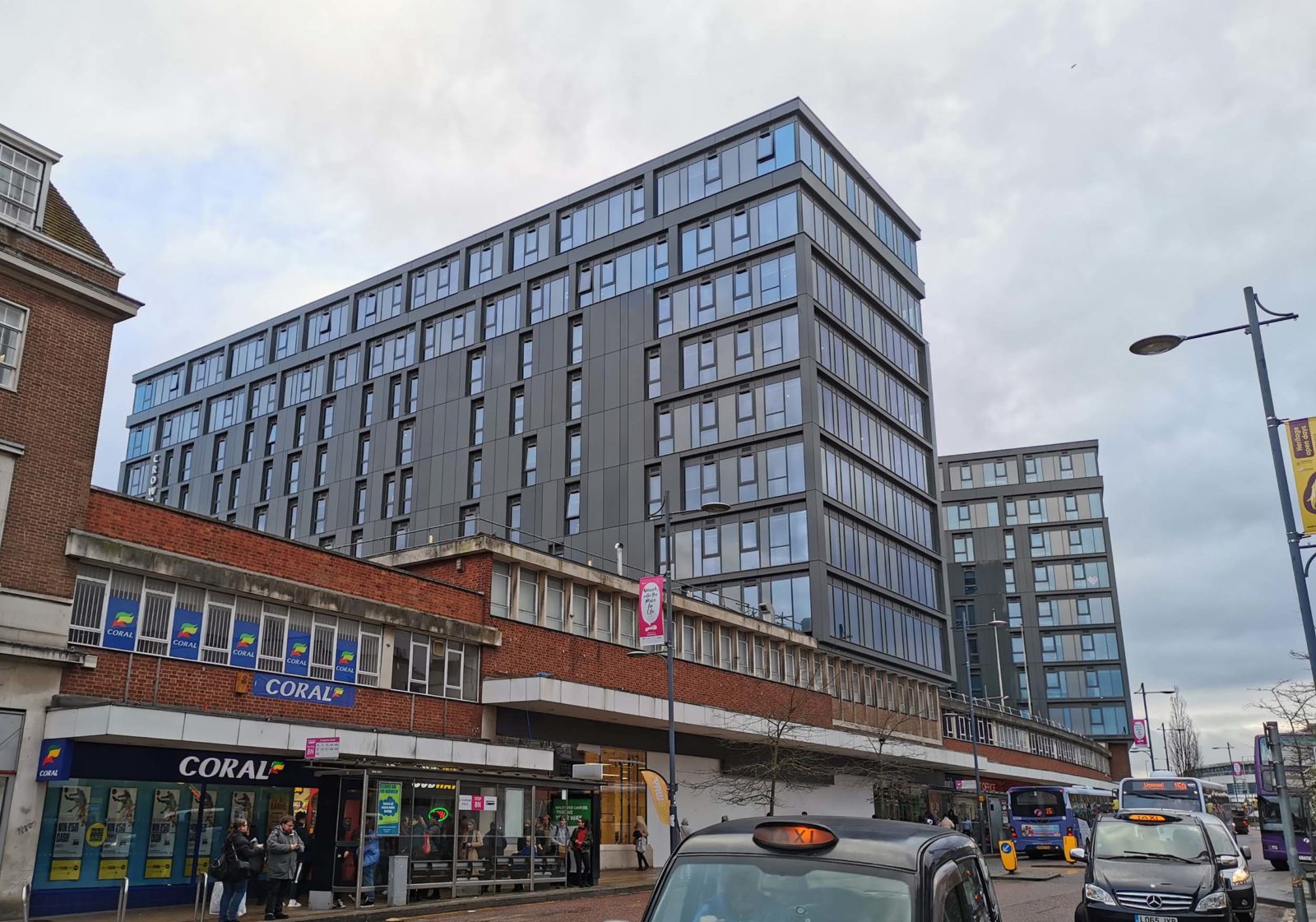 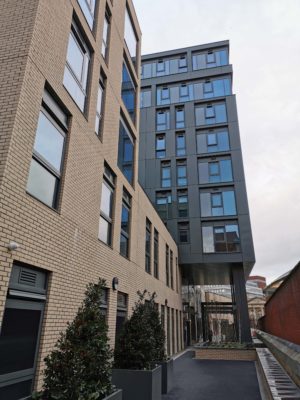 The two eight-storey towers now include an additional floor and a new link building between them, providing 705 premium student accommodation units including “twodios” (for two people sharing a kitchenette) above live retail units.

The entire building was re-clad in Kawneer’s AA100 curtain wall system, fabricated and installed by a team of six from approved specialist sub-contractor and Kawneer dealer Drayton Windows on a logistically challenging site next to a high-traffic city centre location and above busy occupied retail units.

Architect ECE Westworks was appointed by client Crown Student Living to transform the prominent and unoccupied towers and ancillary buildings into a justified gateway building that provides part of a major investment and regeneration to the local area.

As well as the addition of a new storey to each tower, their design incorporated additional storeys to the existing wings of the steel-frame building and two new atria opened up, down to the level of the double basement.

“[The Kawneer systems] met the required thermal, acoustic and aesthetic performance for a variety of curtain wall sizes and have been used to articulate the facade as a response to the large monolithic existing building form,” ECE Westworks associate Andy Bremerkamp said.

“The curtain walling interfaces with the metal cladding, with powder coated metal reveals. It was important to make the building of this scale as sustainable as possible. The client is very happy with the finished building.”

Crown Place, Norwich won ECE Westworks a RICS Social Impact Award 2020 and a shortlisting in the Student Accommodation Conference and Awards 2019, as well as RG Carter a gold award in the 2020 Considerate Constructors Scheme.

Why not subscribe to Glass Times?
Previous Rooflight ranges launched Next Funding for heritage project