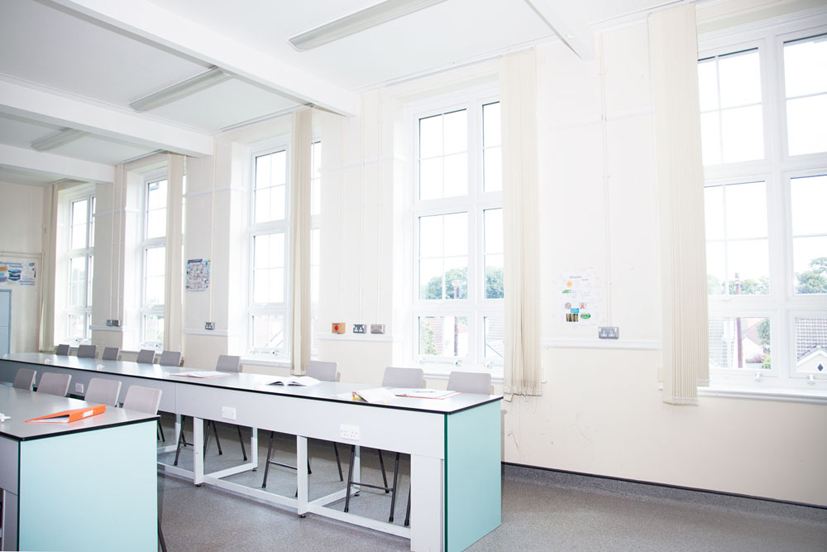 Following a successful bid to the Education and Skills Funding Agency Condition Improvement Fund, a grammar school is reaping the aesthetic and practical benefits of Veka’s Matrix 70 windows, which have been installed throughout the 85-year-old building.

The windows are PAS 24 and Secured by Design compliant and able to achieve U-values as low as 0.8W/m2K.

When Wirral Grammar School for Boys needed to modernise the windows on the main school building, which was built in 1931, they were faced with the task of finding windows to suit the architecture, as well as help to standardise the temperature throughout the school and classrooms. Veka worked with architect and surveyor Arcadis to specify more than 200 windows, which were then fabricated by Glazerite UK Group.

Liam Bird, from K2 Aluminium Systems that supplied and installed the windows, said: “Some of the classrooms throughout the school had a problem with both solar gain and glare bouncing off the whiteboards, as such a blue tint was specified for the glazing. The difference was immediately noticeable; the rooms no longer overheated and the natural light is more subdued – allowing students to view the whiteboard with ease.

“The thermal performance of the windows has also been significantly improved, benefitting both the students and the teachers, who have already commented on how much more comfortable they feel in their surroundings.”

Veka’s Matrix 70 windows, manufactured from PVCU, helped to keep the design as close as possible to the original Georgian bar windows, while improving heat retention. The windows now also push out, instead of inwards as they did previously, allowing for improved ventilation throughout the rooms of the school.
Eddie Riley, director of finance and resources at Wirral Grammar School for Boys, said: “The problem of glare in classrooms, and particularly on the smartboards, together with extremes in temperature, have been resolved with students and staff enjoying a much improved learning environment.”