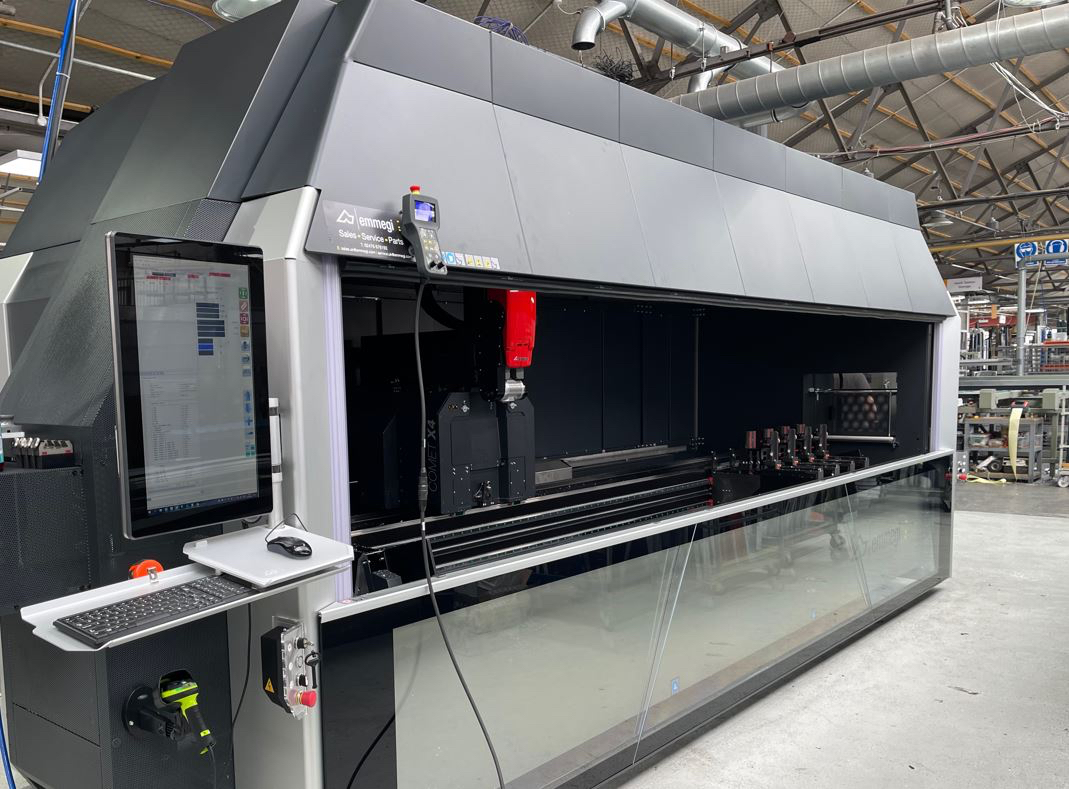 “In terms of product quality and overall efficiency, it’s impossible to overestimate the competitive advantage that you can get from having the right machinery set up in your factory,” Yogesh Gopal, managing director of Everglade, said.

The benefits for trade customers who are buying aluminium products from Everglade Windows go beyond the quality of the output from the machines and extend into shorter lead times, reduced errors, and minimal downtime, he said.

The Emmegi team, including managing director Ian Latimer and sales manager Andrew Jones, have worked with Everglade Windows over the past decade, advising them on the right machine choices and keeping them up to date with the latest innovations and investments both at Emmegi (UK) and at Emmegi in Italy.

Everglade Windows bought its original Emmegi machining centre, a Phantomatic T3A, in 2011. It then added a Comet T6HP, which it upgraded to a Quadra L1 cutting and machining centre in 2012. It also purchased a Satellite XT which it part exchanged for a second Quadra in 2018, and now also owns the latest Comet X4. It has two dedicated factories for fabricating aluminium products: one with a Quadra and Phantomatic T3A; and one with a Quadra and Comet, both with the same layout and similar outputs.

“Our relationship with Emmegi is very much based on mutual respect and understanding,” Yogesh said. “There’s no hard sell, just a genuine commitment from them to help us leverage as many benefits as we can for our customers using their machinery. For instance, they pointed out that the new Comet X4 delivers even faster output than the Phantomatic and has features which will help us to optimise production on our bespoke frames. For us, that could potentially make an important difference to our efficiency and service, which would in turn benefit our customers.”