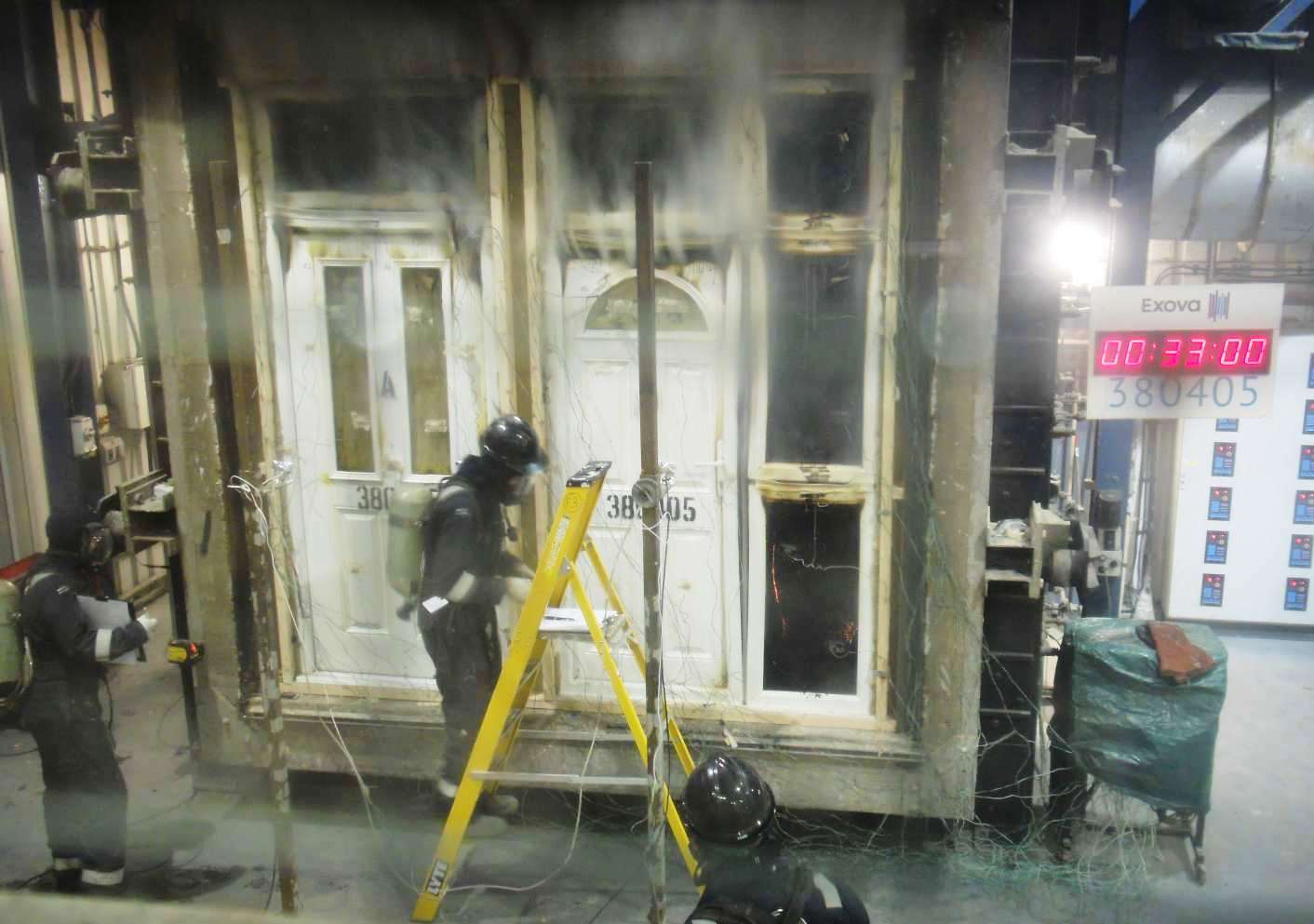 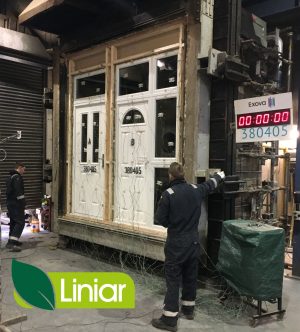 A testing programme between two companies has led to the development of a fire resisting solution for Liniar’s range of composite doors.

Pyroplex approached Liniar at the 2016 FIT Show to propose working together on a project to develop a fire door assembly capable of achieving a fire resistance period of 30 minutes.

When prospective customers The Fascia Place then approached Liniar to enquire if its range included fire doors, the project began to take shape; Liniar used The Fascia Place’s previous knowledge, working together to develop a successful fire door.

Based in Droitwich, Pyroplex manufactures high performance fire containment systems with a range of products that have been tested and assessed for use within the composite door market.

Pyroplex manufactures high performance intumescent strips for use in doors and glazing systems. Its systems are supported by international testing and certification and they hold third party approval under internationally recognised schemes.

During the programme, Liniar and Pyroplex worked with component providers – such as Distinction Doors, NSG Group, Mila and Yale – in the initial concept design, and participated in small scale fire testing.

The collective technical expertise allowed the parties to examine the interaction between products when tested for fire resistance, while maintaining other essential characteristics including security, thermal performance and weather ability, and to comply with Building Regulations.

After completing a small-scale fire test, Pyroplex commissioned Exova Warringtonfire to undertake a full scale fire test incorporating two doors, both of which included overhead glazing panels and glazed side lights with large aspect ratios, which can often fail under constant fire load.

Both of the door set assemblies achieved a significant overrun in terms of fire resistance. The test was continued to failure, exceeding the 30-minute requirement by more than 15 minutes – meaning the doors are well on the way to reaching the 60-minute mark.

Liniar’s technical support manager Paul Garforth said: “The level of technical expertise and knowledge of Pyroplex and support from Distinction has been the key to the success of this testing programme.

“We’re delighted that both door sets not only achieved FD30 status, but surpassed the standard required.

“The test proves the compatibility and function of Liniar sections are a perfect combination with Pryoplex’s intumescent seals and Distinction slabs.

“The newly written fabrication manual, along with the Exova assessment report, will be available to customers who are thinking about supplying FD30 products themselves.”

Due to the success of the project, The Fascia Place is now a Liniar fabricator, not only manufacturing the new fire doors but the whole Liniar range.