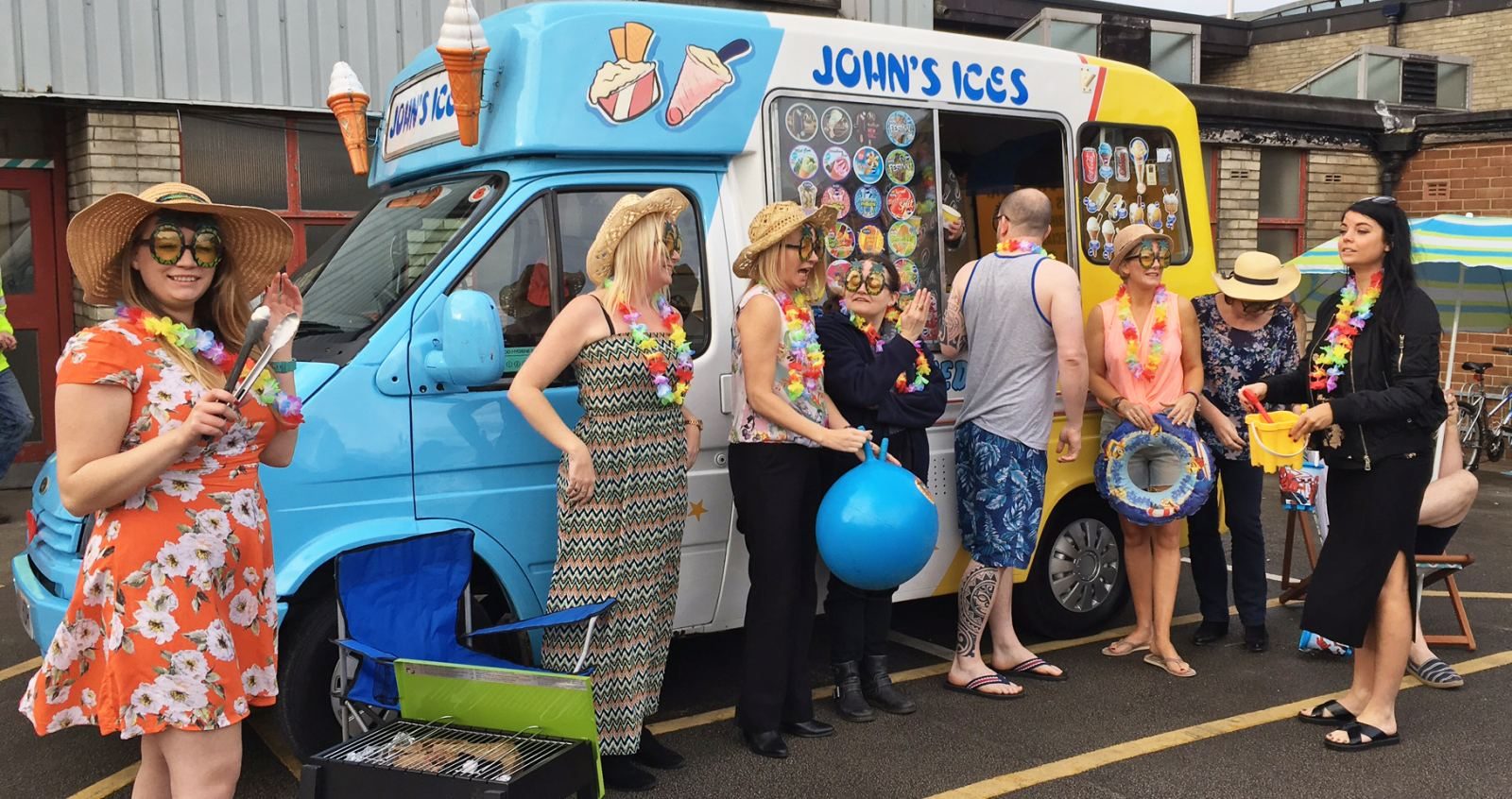 Staff at PVCU fabricator Conservatory Outlet gathered together in their finest fancy dress to create a charity fundraising calendar in aid of Cancer Research UK.

The idea of a fundraising calendar was suggested by factory and office staff in a recent staff forum event, and has since captured the imagination of staff from all departments across the business.

Each team will represent a month in the calendar year, complete with costumes and props to match their chosen theme, such as the ‘great British summer’, ‘Yorkshire Day’, ‘Valentines’, and the company’s directors going all out for ‘Christmas’.

Also selected by the Conservatory Outlet staff was the beneficiary charity, Cancer Research UK, resonating with an overwhelming number of employees.

The cost of print, time, and all proceeds from the selling of the calendars (along with some silliness) will all be donated by Conservatory Outlet. Copies will be available to buy for staff, customers, suppliers and contacts from December onwards. A target of £1,500 has been set to raise from calendar proceeds.

Other recent charitable gestures from the Conservatory Outlet team include a Macmillan Coffee Morning and staff Charity Boxing matches, with future plans in the pipeline for directors Greg Kane and Michael Giscombe to lead the UK-wide network of installers in a physical challenge to achieve big figures for charity in 2018.

Conservatory Outlet managing director Michael Giscombe said: “The charity calendar has been a fabulous team effort from initial idea right through to completion.

“It’s great to be able to use our people power at Conservatory Outlet for such a good cause. I’m so proud of the team for all coming together to make this work, and hopefully we can make a difference in the live-saving studies that Cancer Research UK undertake.”

Why not subscribe to Glass Times?
Previous Winners Next Redefining the industry