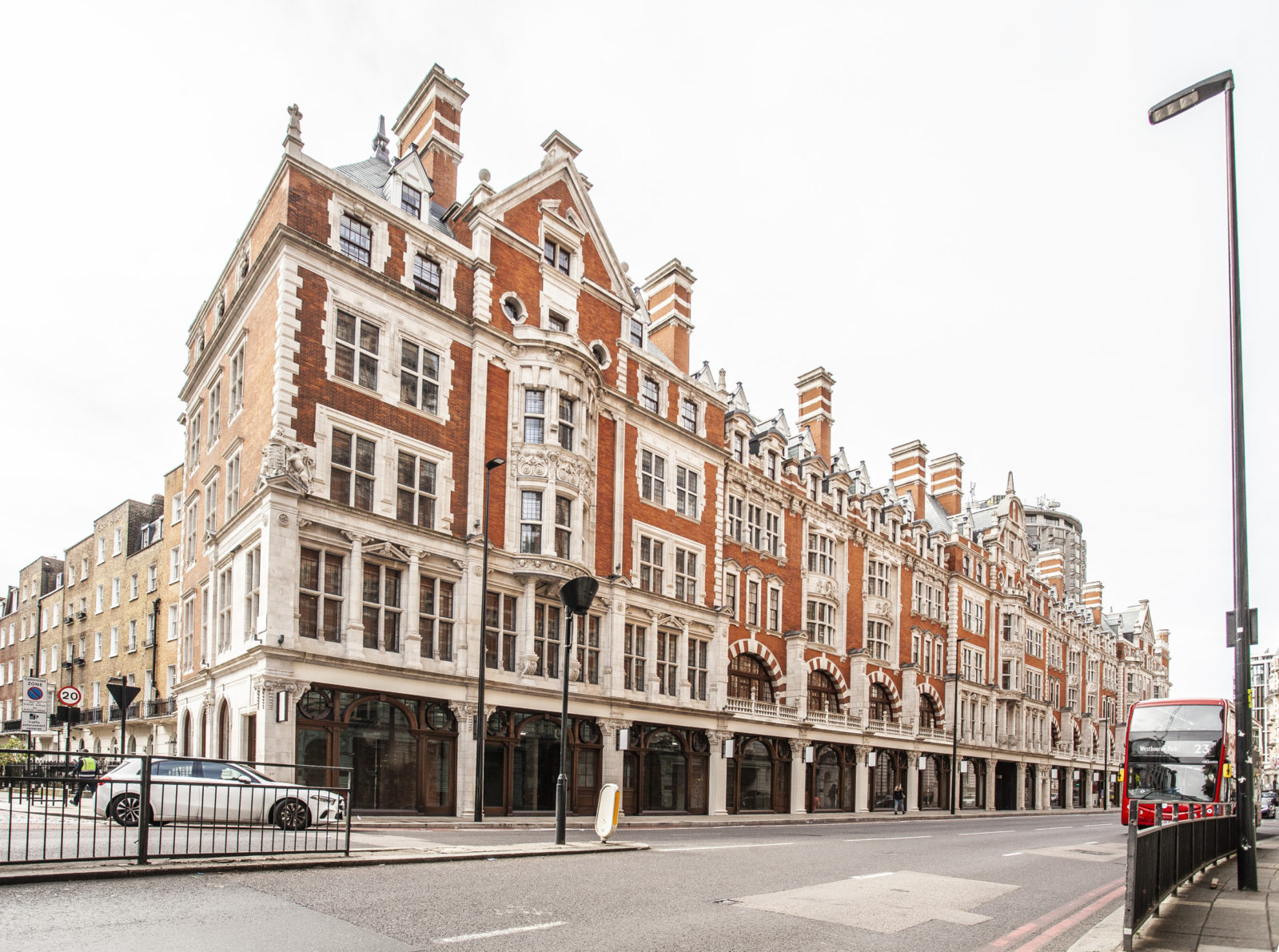 Pilkington OptiView Protect OW anti-reflective glass has been specified for Knightsbridge Gate, a landmark mixed-use development that occupies an entire block of the central-London street.

While most of the building has been newly constructed, the 120m long Edwardian street-facing facade has been retained, along with its 17 glazed shopfronts. The glazing for each of the frontages is held in place by decorative oak frames that have been carefully re-created according to the original design.

Coatings on the outer faces of the laminated glass reduce its reflectivity to around 2%, compared with around 8% for standard, un-coated glass. According to Pilkington, the result is that views into the shopfronts are almost entirely un-interrupted by reflections, even on bright days, ensuring that retailers’ window displays are shown off to the best effect.

To give further clarity, the glass is Pilkington Optiwhite low-iron glass that is almost entirely free from colouration.

Rachel Scannell at APML Estate said: “The anti-reflective glass from Pilkington UK is often used by galleries and museums to display priceless artworks and artifacts without compromising on detail, so the retailers that call Knightsbridge Gate home will enjoy the same benefits.”

Adding to the aesthetic appeal of the glazing is the complex shape of the panes that make it up, including a large, curved edge at the top of the central pane in each shopfront. Pilkington UK engineers worked closely with the carpenters to precision cut each pane of glass to ensure a perfect fit.

The shop front windows consist of two panes of glass laminated together with a strong polyvinyl butyral (PVB) interlayer. This ensures the glazing can stand up to wind-loading, and any attempts to smash the glass.

Due to the anti-reflective coating being applied at a high temperature when the glass was being made, it is also said to be highly scratch-resistant.

Along with the shop-fronts, Pilkington UK also supplied 300 m2 of Pilkington Optiphon OW acoustic glass, which has been used throughout the offices and apartments on the upper five floors of the building to provide noise-reducing secondary glazing.