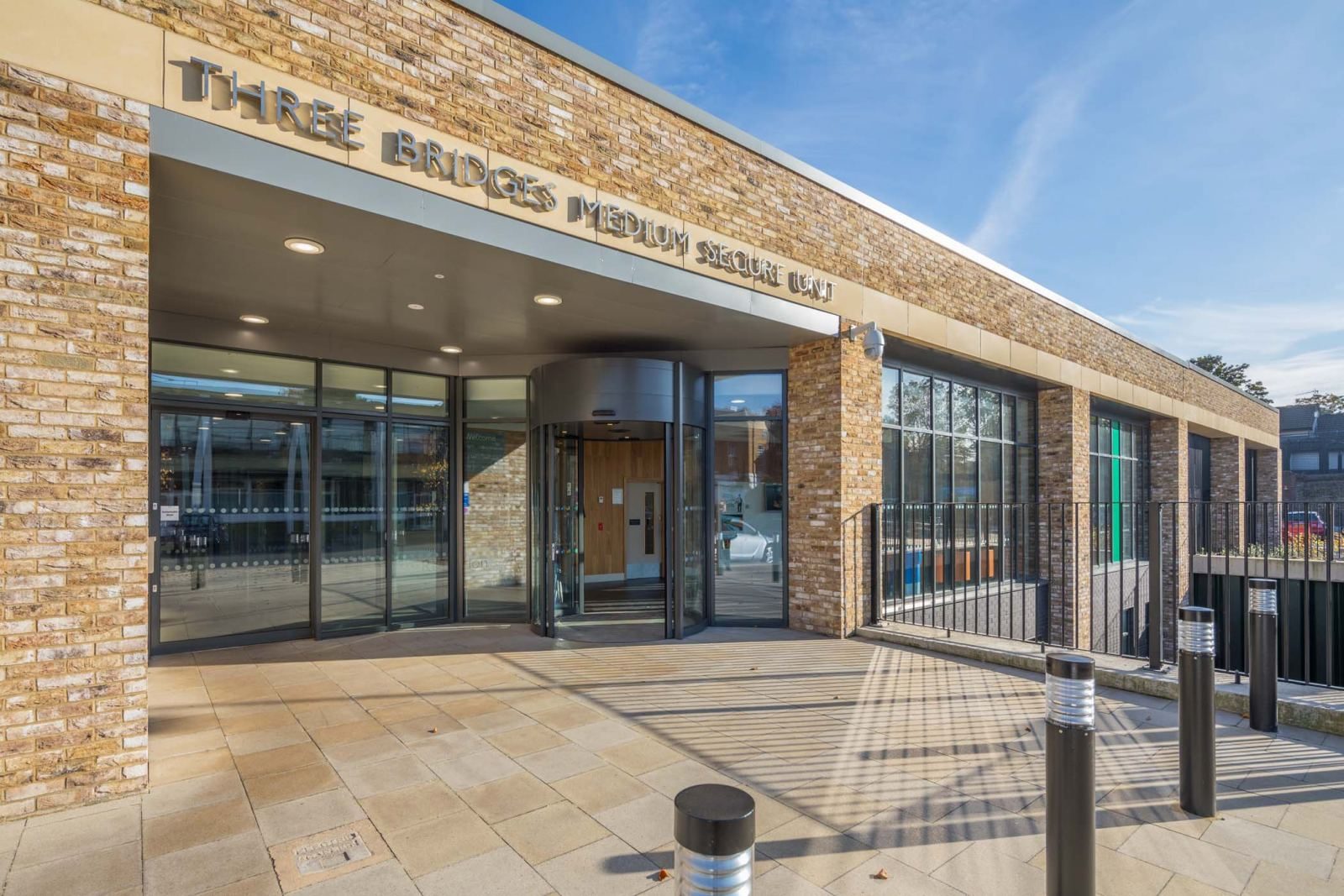 At Aluprof we have recently supplied an enhanced version of our MB-SR50N curtain wall system on a new medium secure mental health unit at St Bernard’s Hospital, London. Known as the ‘Three Bridges Medium Secure Unit’, the project was specified using Aluprof systems, with fabrication and installation undertaken by Britplas.

The main challenge of this design was security of the north and west elevations. It is normal practice to construct a high secure perimeter fence around medium secure units, but in this case it was not possible.

The location of nearby hospital building meant that the north and west elevations were adjacent to a car park and other spaces which were publicly accessible, so a secure fence was not practicable. To create a secure perimeter for the new development, the security needed to be built within the building envelope, and specifically the curtain walling system itself.

Initial draft specifications called for the curtain wall to be made from steel and the glazing supplied to a ballistic level. Working closely with our experienced customer, Britplas, we already had experience of such requirements on previous projects in Europe and so specified the additional use of stainless steel plates within the construction, complete with a revised layout of fixing arrangements for the pressure plates of the curtain wall. The resulting enhanced construction was completed with powder coated aluminium cappings thereby offering a neat external curtain wall appearance.

The installation called for glazing to P4 and P5 levels as described in BS EN 356:2000 – ‘Glass in building; Security glazing; Testing and classification of resistance against manual attack’.

As the MB-SR50N curtain wall system offered a variable glazing depth within its design, these thicker more secure DGUs were easily accommodated.

The resulting design was tested prior to installation to ensure that the designed levels of security were achievable and met the client’s expectations. The final design offered both a saving in costs over steel while still meeting the client’s specification required for a medium secure unit using an aluminium system.

Why not subscribe to Glass Times?
Previous Market success Next Van man