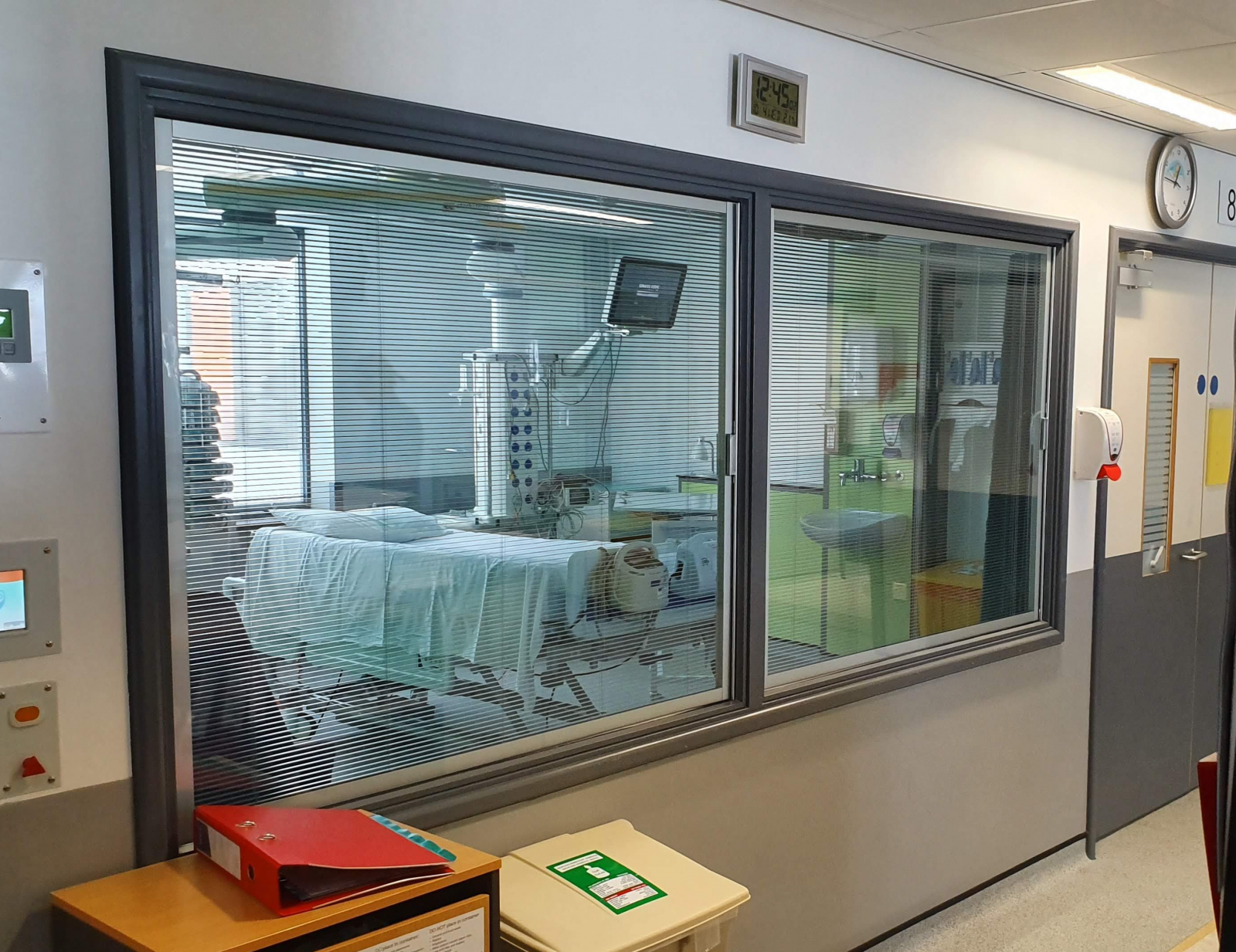 BetweenGlassBlinds was recently involved in the redevelopment of Glan Clwyd Hospital in north Wales.

The project’s focus was to strip out asbestos, while giving the hospital a much-needed revamp.

Plans were agreed to develop a new emergency quarter at the hospital, with the creation of six new patient wards, a mortuary and pathology unit, and an extension to the current accident and emergency department.

One hundred and fifty BetweenGlassBlinds magnetic, tilt and lift units, complete with magnetic operation on both sides, were supplied to Pen-Y-Bryn Joinery for the project.

Operated via a sliding magnetic block around the perimeter of the unit, the cordless system is ideal in hospital environments as they are maintenance free.

Aron Juckes-Hughes, contracts manager at Pen-Y-Bryn Joinery based in Denbighshire, said: “When we became involved with the project, it was specified that BetweenGlassBlinds would supply the units to the Glan Clwyd Hospital, which is north Wales’s biggest hospital.

“As part of the massive refurbishment, several new wards were created at the hospital and a huge number of BGB blinds were fitted throughout.

“The project is almost complete, and I can say that the hospital looks really impressive. It has been an enormous undertaking, but I am proud to have been involved.”

Why not subscribe to Glass Times?
Previous Rooflights launched in reseller market Next High expectations