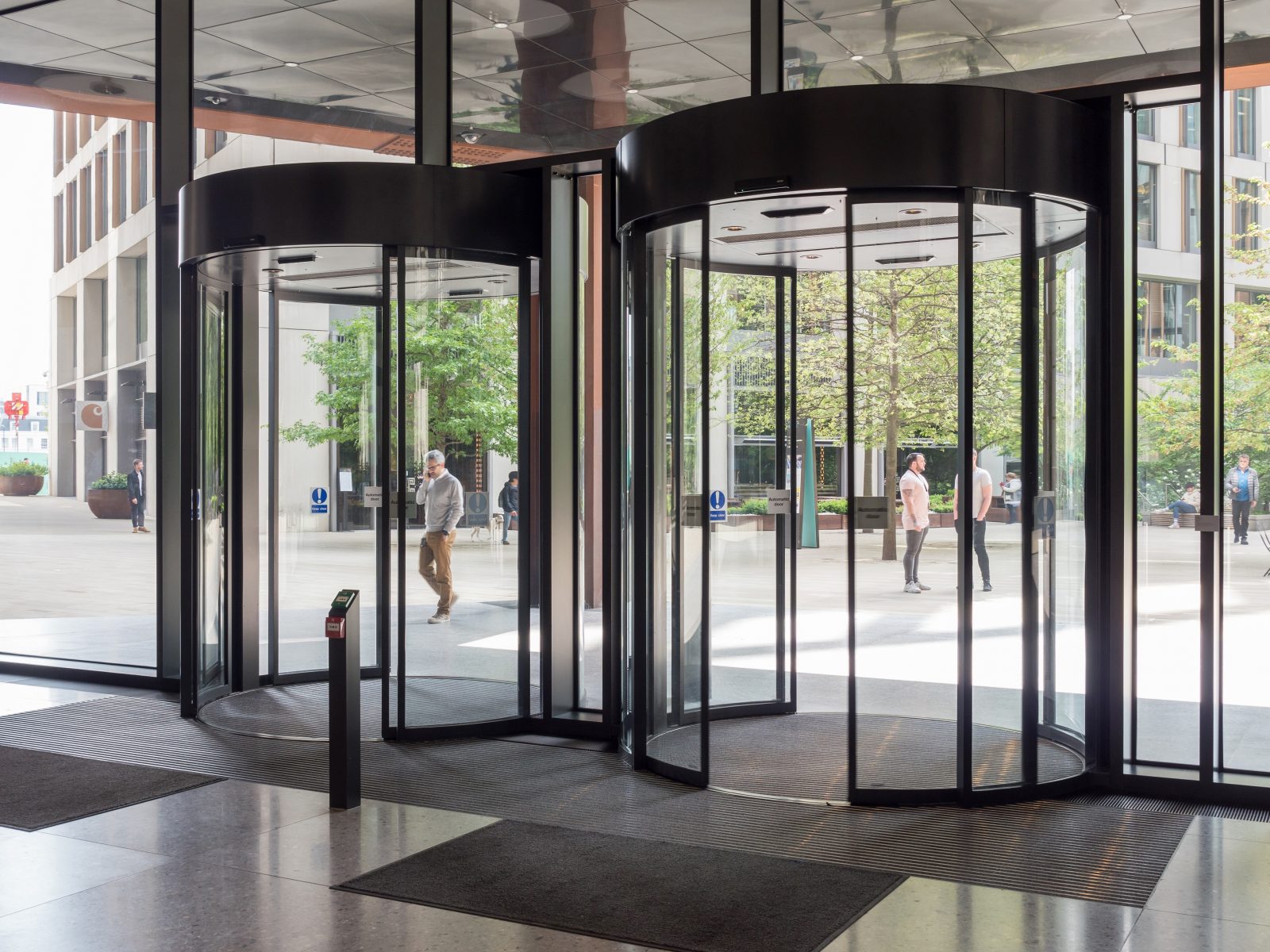 Geze’s automatic doors have hit the right note in the development of a London building which is the new home of Universal Music.

Two automatic circular sliding doors create a chart-topping entrance to four Pancras Square, one of a cluster of new buildings that have led to the emergence of Kings Cross as a creative hub.

They are a statement piece to the 11-storey angular building that reflects the area’s lineage as a former goods yard to King’s Cross railway. With an exposed weathered steel frame, Eric Parry Architects’ building echoes the industrial revolution that enabled the expansion of London.

Positioned side by side, the two Slimdrive SCRs provide a 360° drive solution combining high performance with unobtrusive operation – the drives are 7cm in height and discreet – and as pass doors are not needed, they maintain the clean aesthetics of the glazed facade.

Focchi undertook the installation of the facade:  glazing, entrance and building envelop, and worked with Geze UK to identify the right solution, moving away from an original design featuring revolving  doors, which would have prompted requirements for pass doors.

Having only one set of doors open at a time reduces heat loss and air pollution. Emergency buttons on reception were also added to immediately close the doors to stop the building being surged by fans in the wake of a visiting celebrity.

Almost invisible, the Slimdrive SL NT is virtually silent in operation and can move leaf weights of up to 125kg.