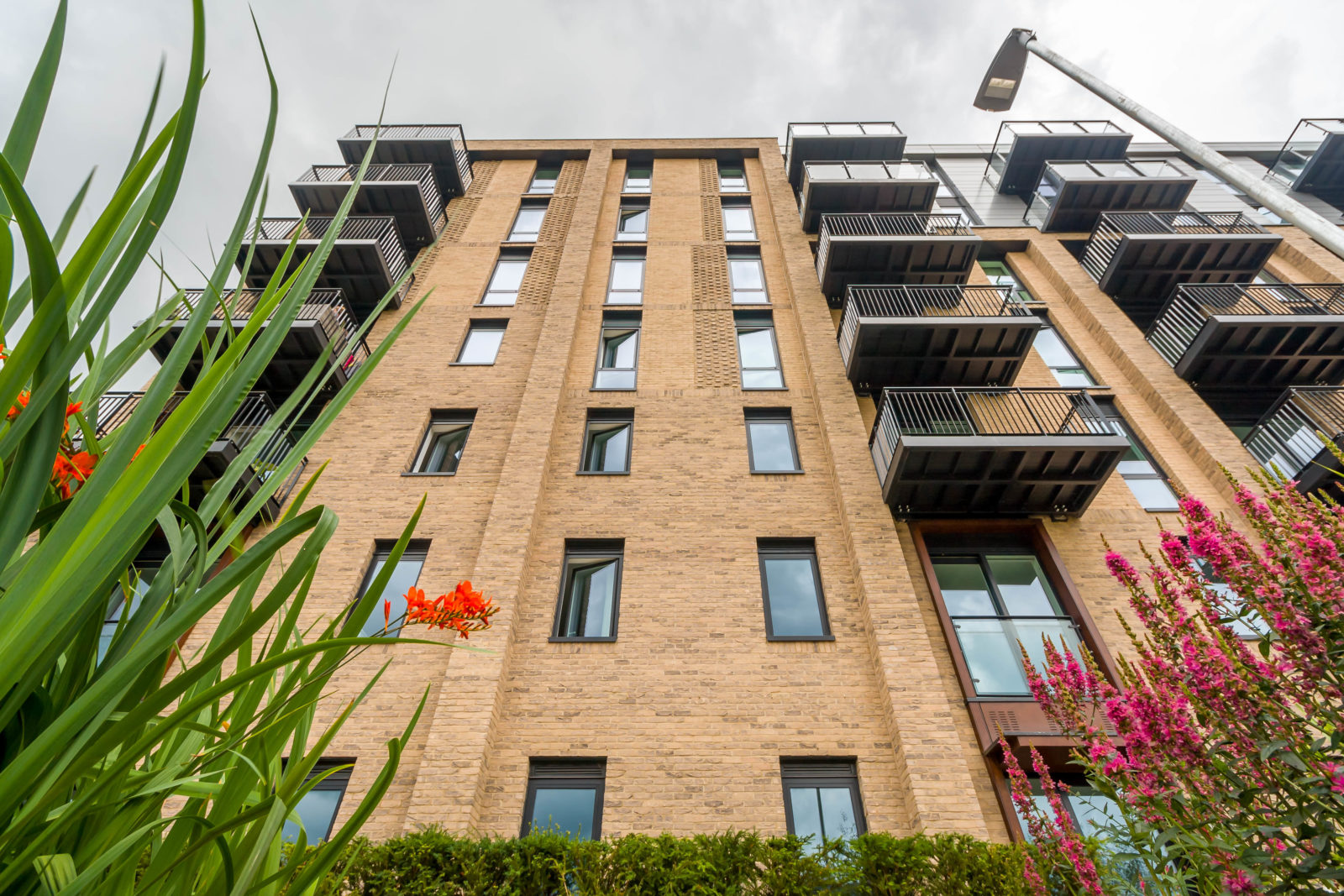 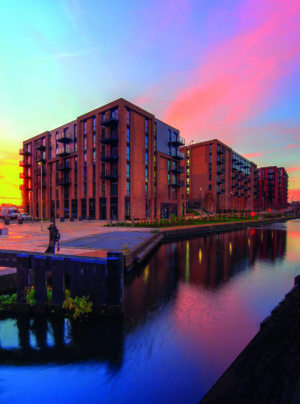 Following their use on the first phase of the largest regeneration project in the north-west, architectural glazing systems from Kawneer are now being used on the second.

The AA130 brise soleil was also used between external balconies as privacy screens and was complemented by Kawneer’s AA3572 lift/slide doors and AA720 side-hung casement windows which feature on the first floor upwards of the seven-storey blocks.

The award-winning waterside neighbourhood, a joint venture with Metro Holdings of Singapore and Hualing Group of China, was promoted by former Chancellor George Osborne as a critical part of the Northern Powerhouse.

Lying next to Salford Central railway station at the gateway to Spinningfields – Manchester’s Central Business District – the vibrant 25-acre, £1 billion neighbourhood will eventually comprise more than 2,000 new one to three-bedroomed apartments, maisonettes and townhouses.

It will also include 900,000ft2 of commercial development – 500,000ft2 of Grade A office space, shops, restaurants, hotel, gym and convenience store – alongside landscaped green spaces. The second phase, which is currently under construction, will comprise 546 apartments.

Designed by previous Kawneer specifiers Whittam Cox architects and constructed over 30 months by main contractor BCEGI, the dual-colour aluminium Kawneer systems (black externally, white internally) were installed over two years by a team of up to 40 from specialist sub-contractor/Kawneer dealer FK Group.

Design team leader Gwyn Jones said: “FK worked very closely with Whittam Cox architects and Kawneer to provide bespoke, as well as system design solutions, to the full building envelope including the cladding elements, to achieve the required design intent and performance of the project.”

Whittam Cox architect David Turner said: “The glazed elements were a large factor to portions of the scheme due to the acoustic requirements. They were built into formed openings of either masonry or cladding in a traditional way. In this instance sustainability was lower down the performance requirements.

“The client was happy with the Kawneer product and consequently has retained it for the Phase 2 works which are currently on site.”

Why not subscribe to Glass Times?
Previous Campaign builder Next Balcony trend grows