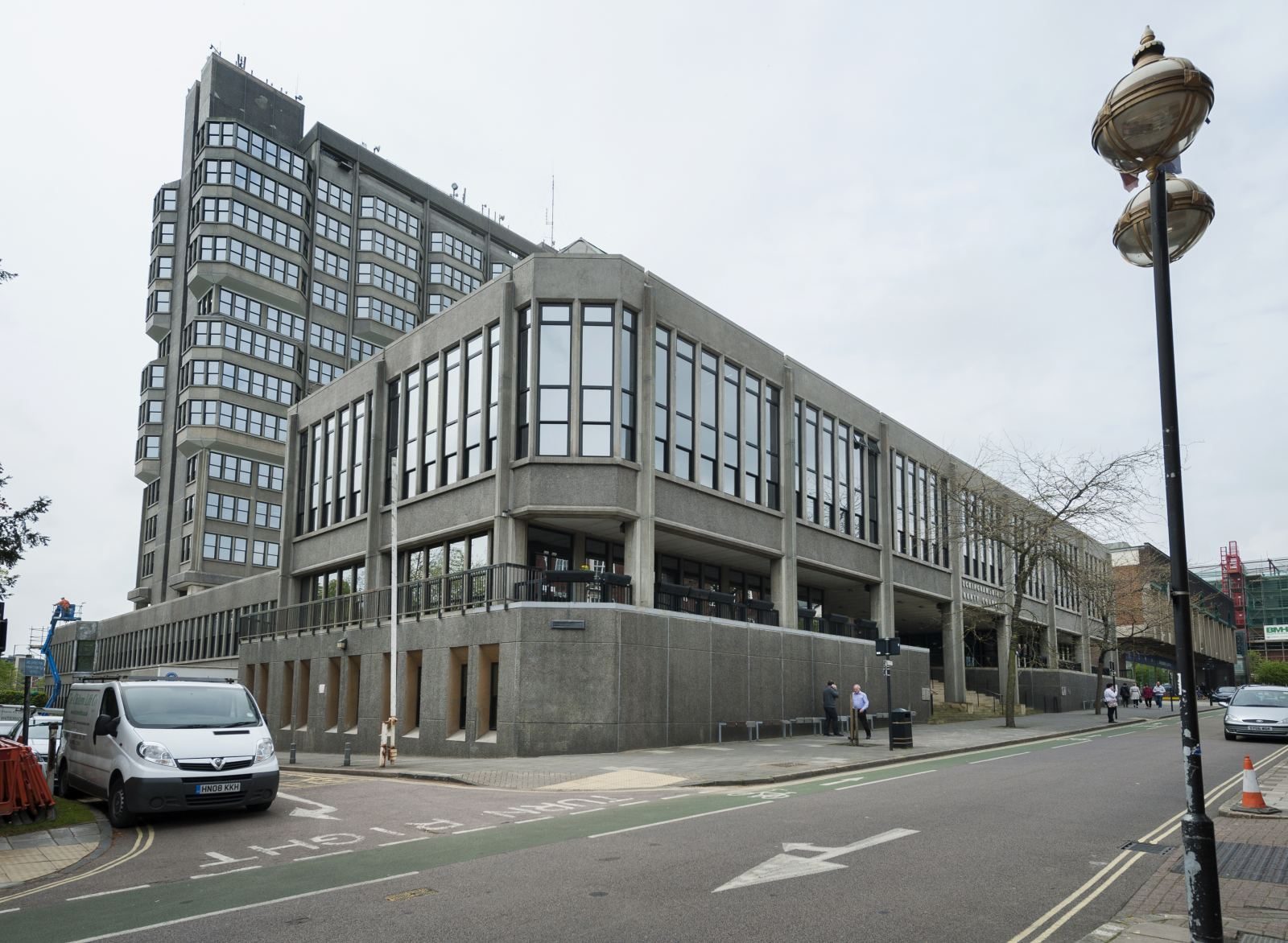 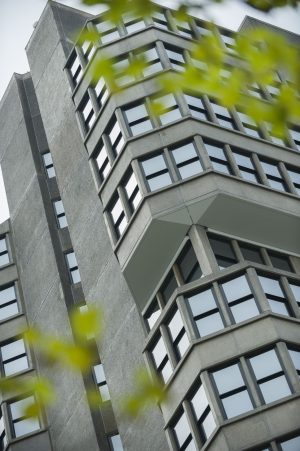 The project wasn’t without its complications. Not only did work have to be carried out at evenings and weekends to minimise disruption for what remained a fully occupied, bustling workplace, commencement was also delayed for six months to allow local peregrine falcons to complete their mating season.

The rare bird is subject to the strictest legal safeguards under the Wildlife and Countryside Protection Act of 1981, and damaging, destroying or even attempting to move one of its nests can result in fines of up to £5,000, or a six-month prison sentence.

Hazlemere sales director Tony Beale said: “Refurbishment jobs can often be more challenging than new builds – but that also makes them some of the most rewarding. There’s something very satisfying about completely refitting a 12-storey building in a way that still allows everyday work to continue.

“On a tower block of this sort, safety is paramount. That’s why we installed windows that could be cleaned from the inside – but only by authorised users, preventing accidents that, particularly from the upper floors, could be deadly.

“We were also particularly pleased that the improved thermal efficiency and reduced solar gain that’s resulted from the new windows is projected to cut the council’s costs by 15% – especially important at a time when it’s looking to make savings as funding from central government is reduced.

“The initial delays were obviously frustrating – there’s no way you can plan for finding a rare bird nesting on site. But we persevered – and the result has been an installation job that both we and the council are extremely pleased with.”

Why not subscribe to Glass Times?
Previous Hazlemere enters the Dragons’ Den Next Focus on traditional features