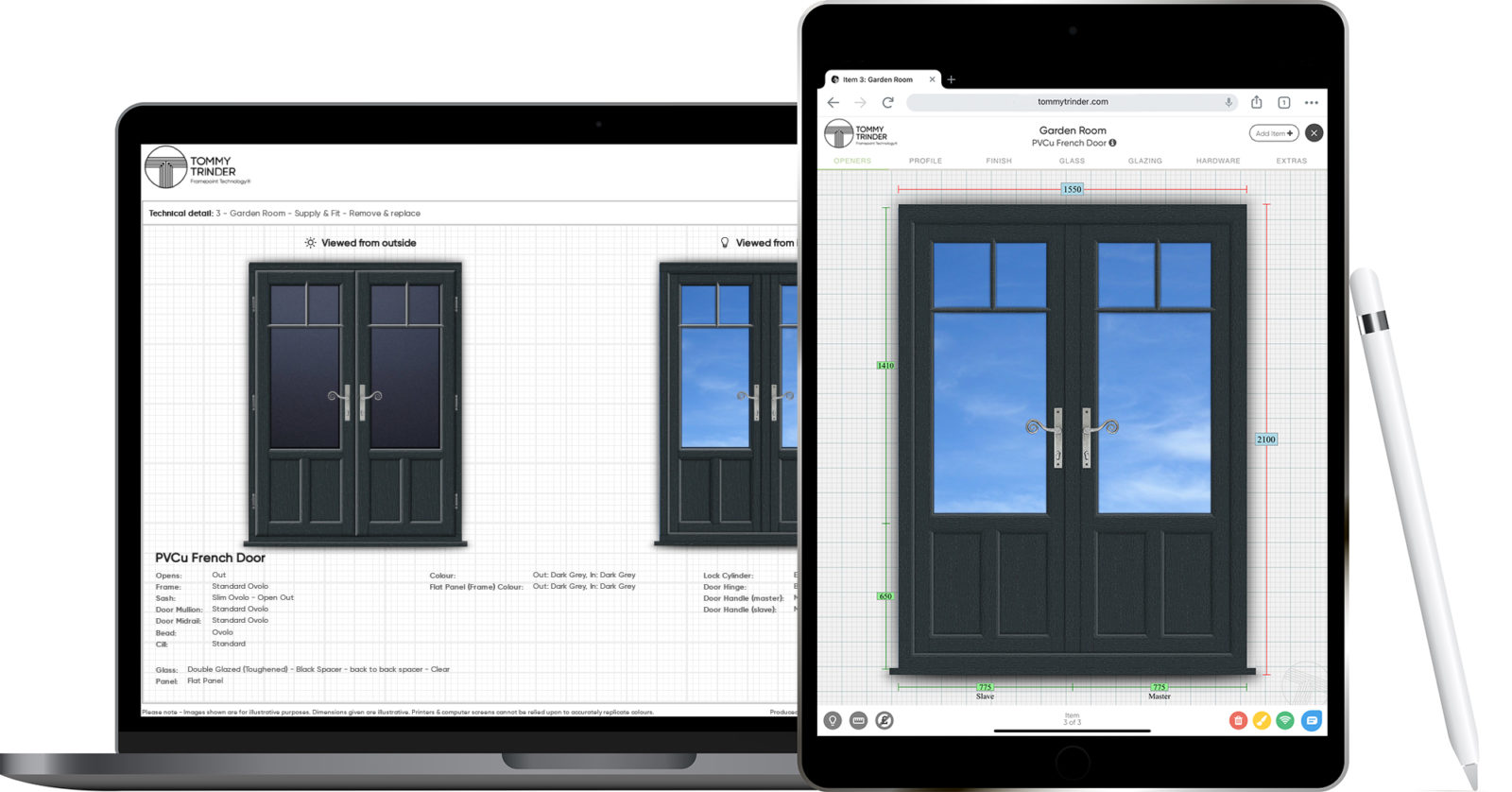 Leicester-based Harvey’s Conservatories and Windows has said quoting software Framepoint from Tommy Trinder has enabled them to keep selling during lockdown.

Eddie Barton, a design consultant and sales rep at the firm, has been using Framepoint since mid-2020.

“It’s opened our eyes to a new way of doing things,” he said. “The remote selling aspect became a real advantage during lockdown. We’re in Leicester, and Leicester has been locked down forever. There were periods where we were told not to go and visit anybody and not to go into houses, so Framepoint came into its own. We’ve had virtual meetings, designed things, we can be office based and sell windows, and it works. It’s a new opening for us.”

With an ever-growing choice of styles, colours, options and glass, visualising designs for customers can be a real challenge, especially with limited access to showrooms, Eddie said.

“The visual side of it helps you increase your sales potential,” he said. “Before I’d just be sketching things on a pad. The fact that I can take a picture of their house and then swap and change colours, chop and change with the flick of a switch, it’s great. You can show someone’s house as it will be, and you can just do it on the spot or online. It’s the detail that makes the difference. It’s helped my sales quite a bit.”

As a self-confessed technophobe, Eddie was a little apprehensive about using a cloud-based system, but getting up and running with Framepoint has been a doddle, he said.

“It’s just so simple to use, and the good thing about Framepoint is that if you do have a problem you just give them a call and the help is really good.”

Why not subscribe to Glass Times?
Previous The future of virtual showrooms Next Do you suffer from data anxiety?