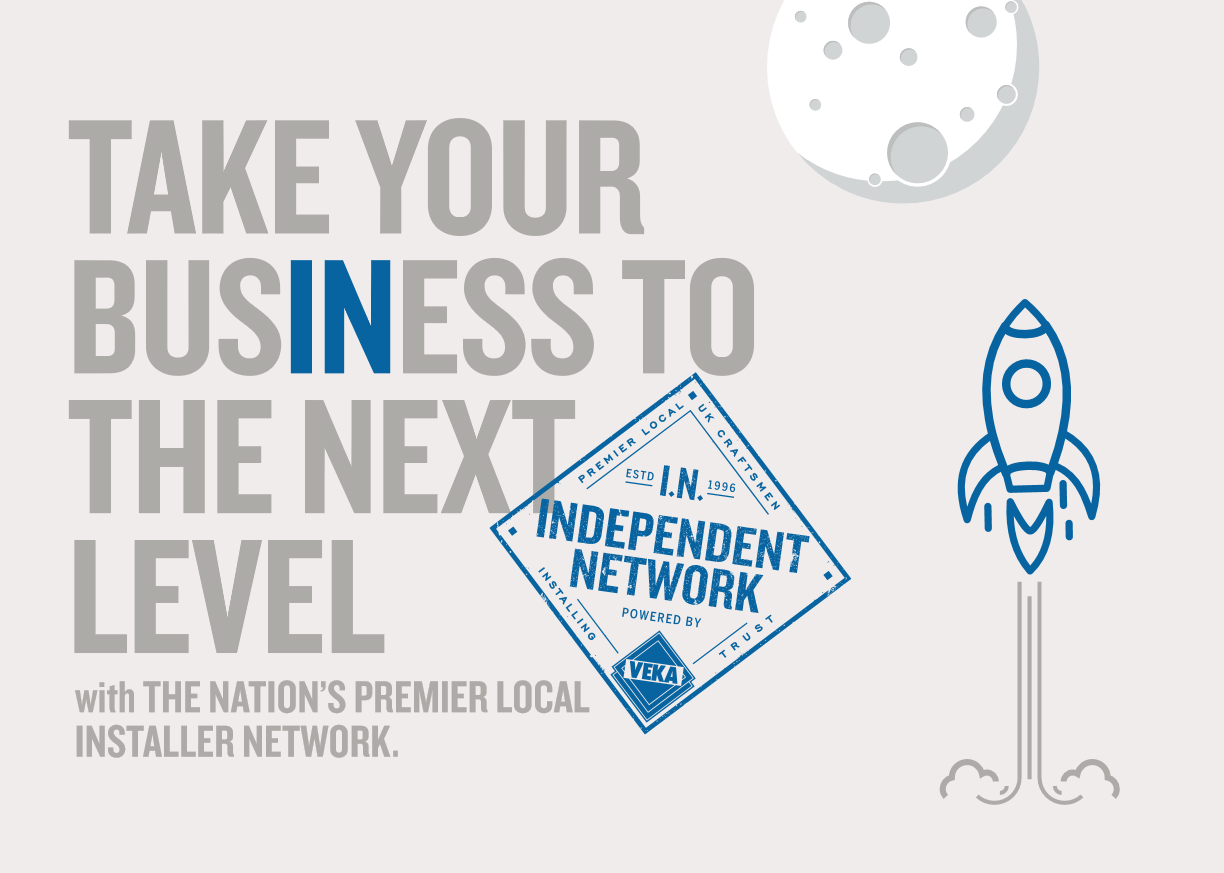 Veka’s Independent Network is inviting companies to join the organisation at a time when “they can take advantage of record levels of investment and benefit from an innovative new consumer strategy”, the company said.

A promotional programme is currently highlighting the opportunity for companies to join, by sharing the ‘top ten’ advantages of membership this year, including the re-brand from Network Veka to Independent Network.

Veka Group’s marketing director Dawn Stockell said: “Since 1996, Veka Group has offered the industry’s finest installer support package. In 2017, we made substantial investment in consumer research to ensure that our installer network was being recognised and understood by the largest number of homeowners and that our members were getting the most out of the offering. We delved into exactly what consumers consider when investing in home improvements, and how their buying decisions are influenced. Based on in-depth analysis of the results, Network Veka evolved into Independent Network.

“Veka Group is increasing its marketing budget three-fold in this sector and with the greater spend on trade and consumer advertising and PR, this is a fantastic time for companies to join Independent Network and take advantage of the nationwide publicity for their business.

“I think it’s fair to say there’s never been a better time to get involved. The huge number of benefits that members already enjoy are very much still available, combined with the surge in publicity of the brand, which will reflect on your business by association.”

Veka plans to create a more evenly distributed spread across the country. Other benefits listed in the current recruitment brochure include: a sales generation programme that generated 17,000 new leads in 2017; subsidised marketing material via the new portal; consumer finance options; free legal advice; and free training.