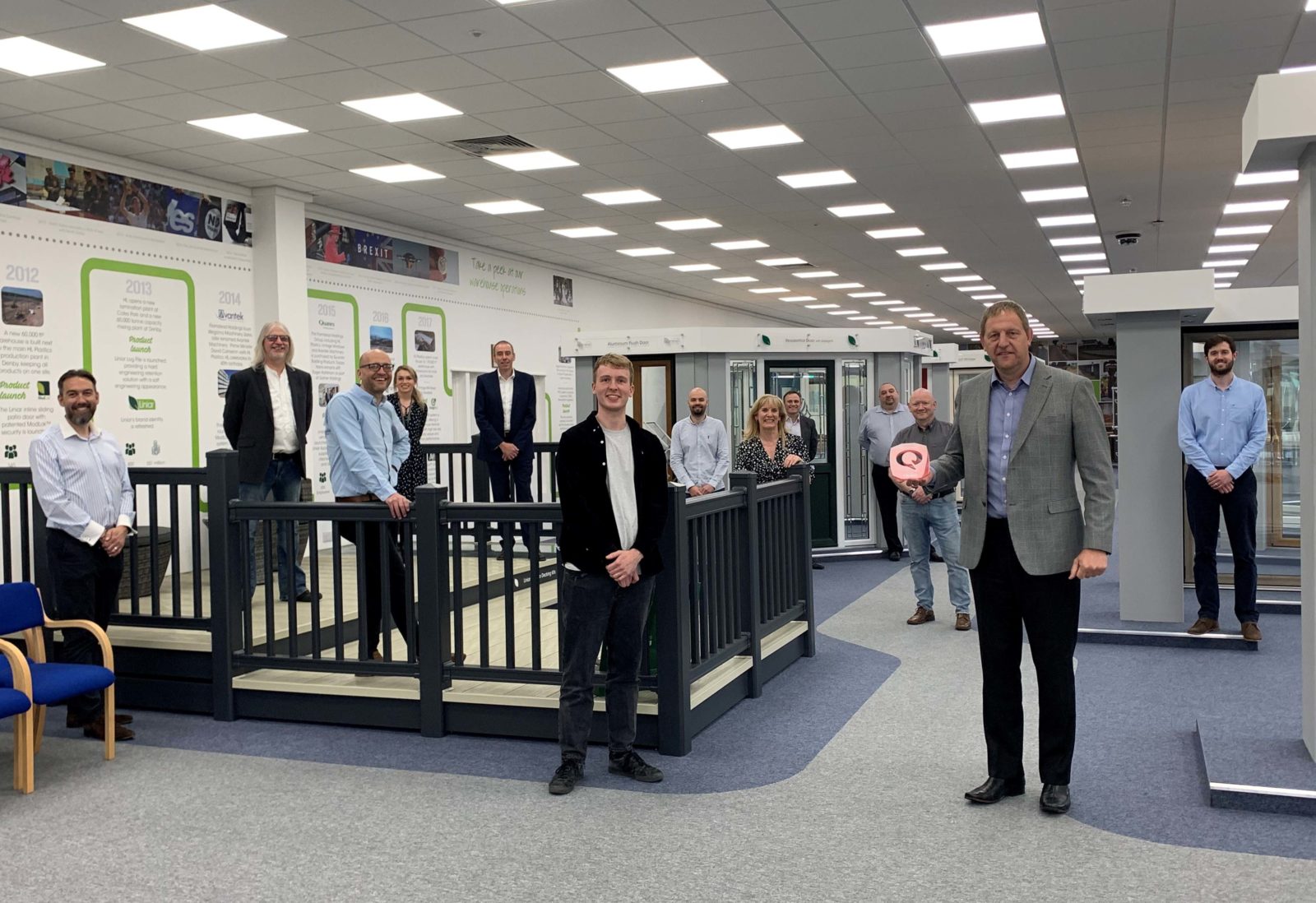 Liniar’s parent company Quanex Building Products developed the new annual Awards as a way of recognising the efforts of the plants and team members around the world that contribute to the success of the group. The award ceremony was originally intended to be held at Quanex’s Houston HQ, but the pandemic halted travel plans, so the leadership team produced a video to announce the nominees and winners instead. This was shared to all 3,800 Quanex employees in April 2021.

The Quanex Safety Award was bestowed upon the Liniar and Avantek teams located at its Cotes Park facility. The teams received a plaque to commemorate the hard work that had been done to ensure the site had achieved an entire year with no recordable incidents.

George Wilson, Quanex CEO and president, said: “As everyone knows, safety is the number one operational priority of everything we do at Quanex. Completing a full year without a single reportable incident – especially during one of the busiest years on record – is a truly amazing achievement. Well done to everyone at the Cotes Park facility.”

The Hometown Award was presented to the Quanex plant that the communities committee felt had done the most for its local community during 2020. Liniar had not only produced and donated thousands of protective visors to key workers during the pandemic, it had managed to increase its usual focus on community activities in 2020, including fundraising for local charities and collecting items for food banks and toys for underprivileged children.

Martin Thurley, Liniar’s group managing director, said: “We’ve always had a strong focus on our local community, and the pandemic made it more important than ever to help those less fortunate than ourselves.”

The prize also came with a £1,000 donation from Quanex to a charity of Liniar’s choice. The deserving recipient was chosen by Ollie Marriott, a design apprentice who had been instrumental in the creation and testing of the Liniar protective visors. Ollie chose Treetops Hospice, a local charity providing nursing care and emotional support for adults and their families.