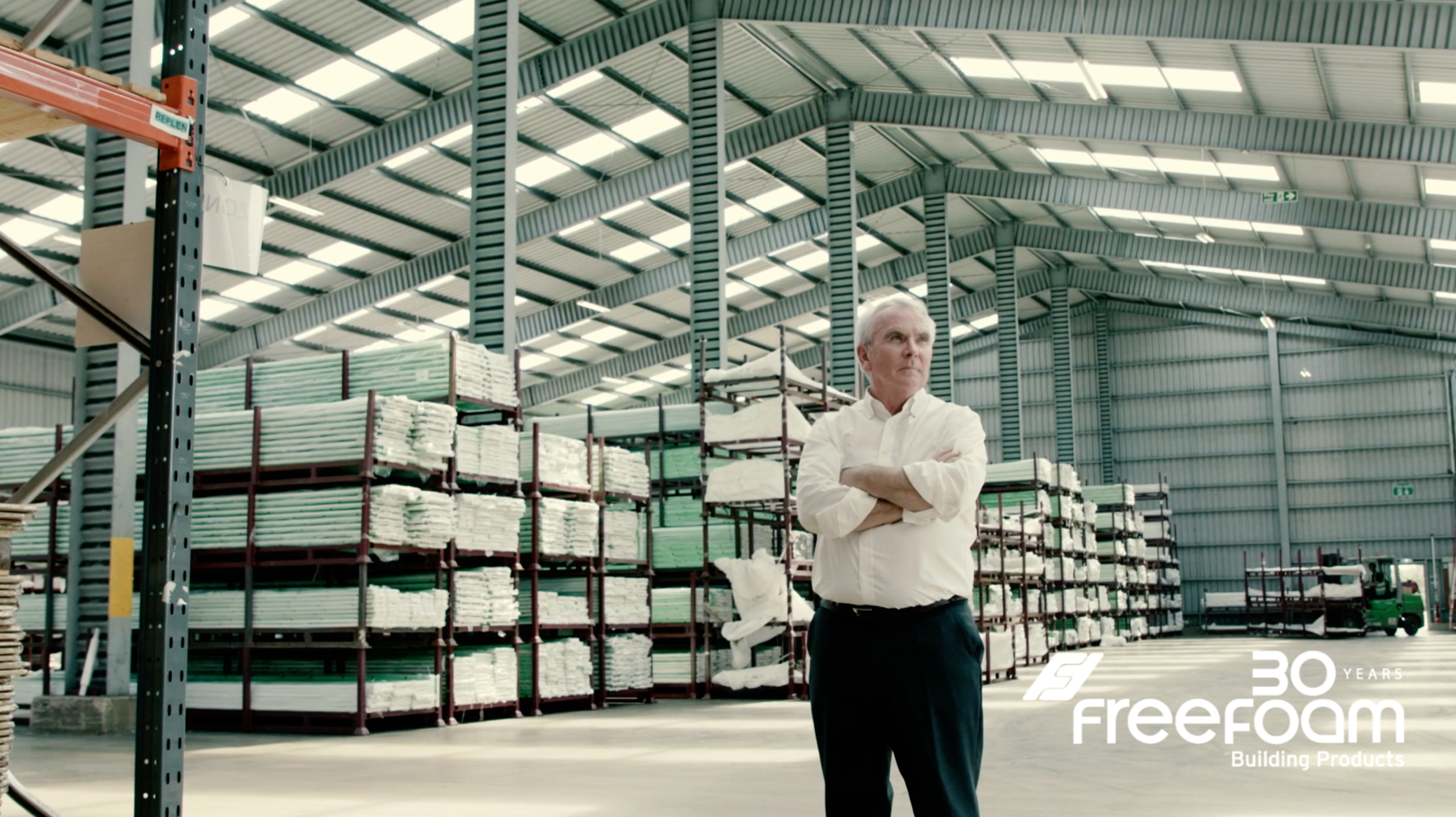 As part of this anniversary the company is releasing a few short videos featuring key people who have played a significant part in the growth and development of the business.
The first video features Colin St John, commercial director, who has been with Freefoam for nearly 20 years. He arrived when the business was a simple UK distribution centre, acting as a hub to supply customers around the country, with manufacturing taking place in Ireland.

In the intervening years the site has changed and developed, and now features a fully integrated manufacturing and mixing plant, producing and supplying products to service the group’s markets in Ireland, UK and Europe. Colin has been at the centre of these developments.

In his interview, Colin acknowledges the significant part all team members have played in the growth of the company (29% of current employees have been with the business for more than a decade).

“We value the contribution of every single person who has walked through those gates over the last 20 years,” he said.

Today, Freefoam has a group turnover of around £65 million, with just over 300 team members.

“We are proud of everyone who works at Freefoam and wanted to use our 30th anniversary to highlight some of the people who have made some lasting and significant contributions,” Aidan Harte, CEO, said.

“Colin’s role in our business has been, and continues to be, very important. He has steered the UK operation through times of economic uncertainly, overseen major site developments, and implemented significant growth strategies. We couldn’t have done it without him.”

Why not subscribe to Glass Times?
Previous Plans for future lockdown? Next Fast-growing and dynamic