The rise of glass buildings 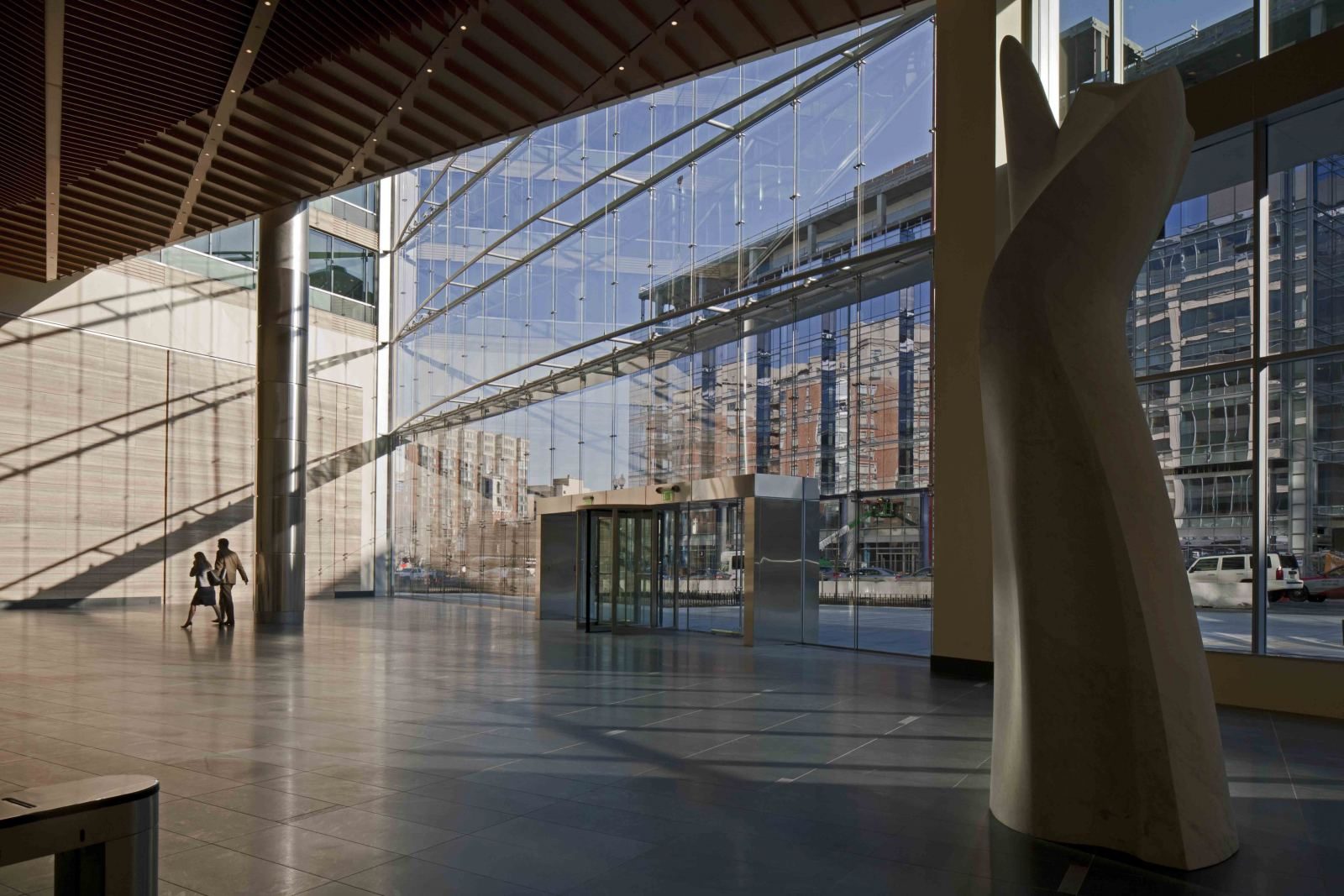 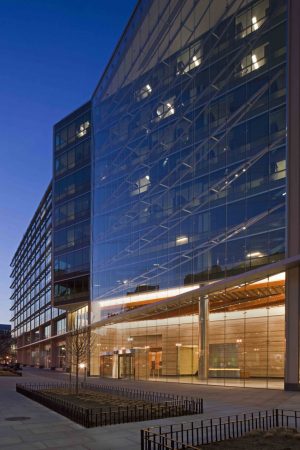 If somebody asked you to think of a modern landmark building in the UK, you might think of The Shard, or perhaps the Gherkin, two buildings where glass is integral to their design.

Outside of London you may think of Manchester’s Beetham Tower, another glass skyscraper (the tallest building outside of London, in fact), which makes a huge impression on the city’s skyline.

It’s safe to say that glass buildings are popular. They add striking shapes to the horizon that appear to reflect their surroundings, like a blue sky on a clear day. They also serve as a powerful contrast to a city’s concrete and steel monoliths, and benefit from being flooded with natural light, allowing occupants to enjoy panoramic views of the surroundings outside.

The ability to create larger and more impressive glass structures over the years has developed in line with technological and engineering improvements. Arguably, one of the most significant architectural innovations of modern times has been the development of structural glazing systems.

Structural glazing systems available on the market today typically work by using stainless steel fittings that are countersunk into recesses in the corners of the glass. This allows strengthened panes to appear to stand unsupported, however, the glass is connected to the support structure creating a flush exterior without the need for external frames to give the facade a truly striking appearance.

The systems offer flexibility for building design professionals, with a range of options available. Architects and designers are able to choose the system that best suits the specific criteria of their installation, allowing them to create their desired finish and performance.

When a ‘window wall’ is required, glass-fin (mullion) units are among the most popular solutions. They eliminate the need for more traditional metal mullions, which can restrict the view from inside a building. The transparent fins support the vertical facade and provide additional strength and integrity against the elements. Stainless steel fittings hold the structural elements together to create a strong, secure building envelope without compromising on transparency or external view.

While building designers and specifiers may seem to have a love affair with glass structures, they do not come without criticism. One of the most common is that they can require vast amounts of energy to heat in the winter and cool in the summer. However, advances in glass coating technology over the last few years means that this no longer has to be the case.

If the facade is south-facing, for example, solar control glass can help to prevent overheating inside a building, and reduce the expense of running air conditioning units. Glass manufacturers can produce solar control glazing with very high levels of transparency, which allow maximum levels of daylight to be transmitted into the building without compromising on performance.

In the opposite case, where keeping as much heat inside a building is key, modern structural glazing systems employ double or triple glazing and low-emissivity technology to achieve optimal thermal efficiency.

Over in Kuwait, Pilkington delivered one of the toughest glazing systems we’ve ever developed when it comes to standing up to mechanical loads. Pilkington Planar technology was once again used to create a stunning 70-meter-tall sloping glass facade for the new Al Farwaniya Court Complex, one that would help safeguard the security of the building.

Closer to home at One Central Square, Cardiff, Pilkington Planar was specified to enhance the sense of space both inside and outside the building. Here, a double-height atrium with frameless glazed surfaces was used to maximise the sight-lines through the building and minimise its impact at street-level.

It looks like we’ll be seeing more glass being specified within facades in the future. We recently canvassed the views of 100 architects and specifiers in our report, Building Confidence, and glass was forecast to be one of the most commonly used new-build facade material over the next decade.

Advancements in technology and improvements in engineering have meant the glass structures designed and built today are on a larger scale and are visually more impressive than ever before.

As we continue to see developments in this area of the built environment, and as glazing systems evolve, the material’s potential will continually be redefined for architects, and it will play a key role in the creation of high-performing, sustainable cities of the future.