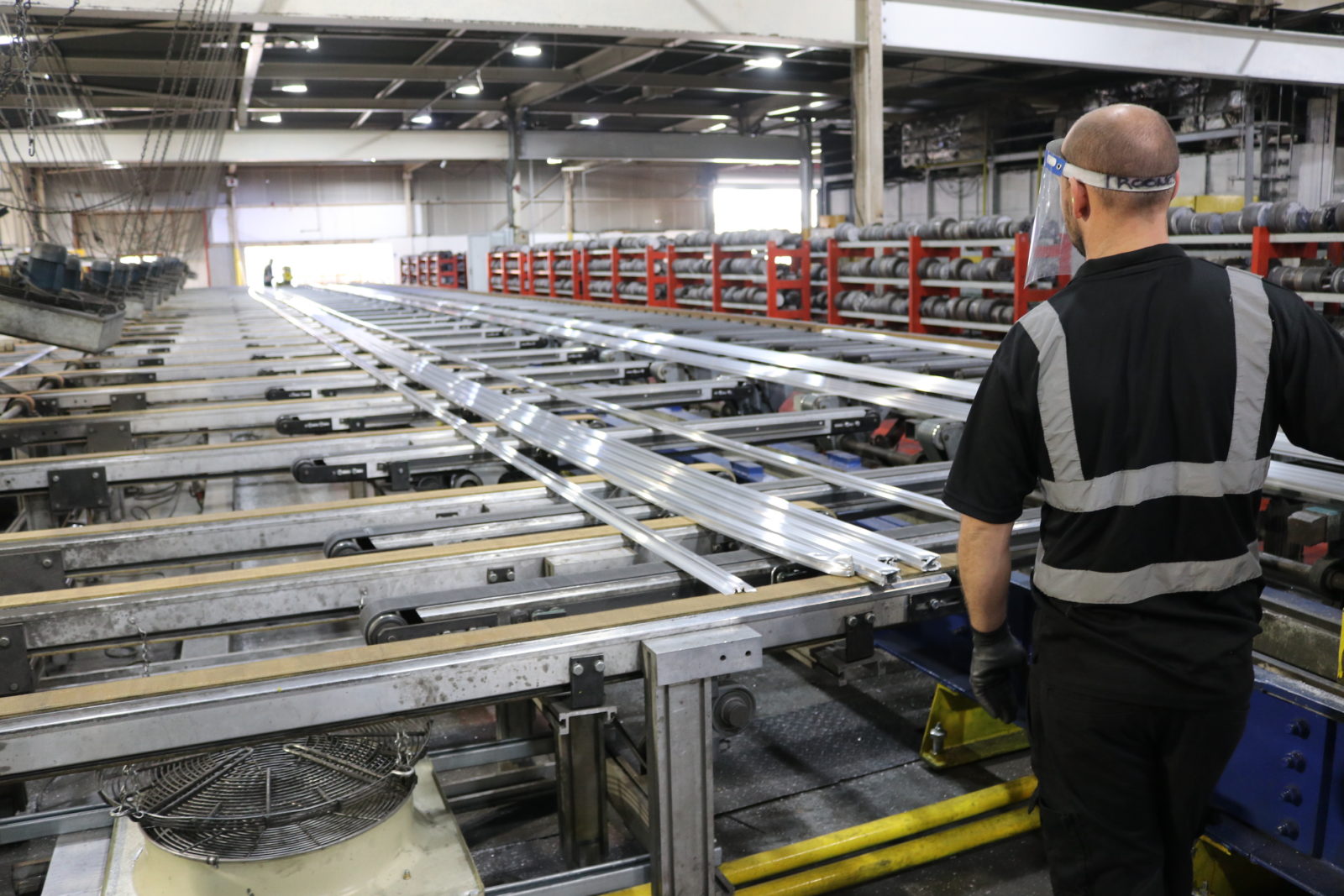 New EU anti-dumping duties on extrusions are set to increase the cost of imports from China by up to 48%. Lee Marriott, group business development director at Anglo European Group, explains the impact this will have.

There are incredible volumes of Chinese aluminium extrusions imported into the UK and across Europe every year, which has pushed down prices, reducing the price of a wide range of aluminium components supplied into the UK window and door industry.

The EU is now taking action to stop it, with the introduction of new tariffs of as much as 48% on previously cheap Chinese extrusions as of last month.

And even though we’re leaving the bloc on January 1, its widely expected that the UK will fall into line with the EU, which is going to have a big impact on the availability and the price of aluminium extrusions.

Anglo European has built a reputation in the window and door sector for the supply of cut-to-size steel reinforcements, but the group also includes aluminium extrusion business Aluminium Shapes. It was acquired by the Anglo European Group in July last year, giving it a unique combined capability in the UK to cold roll steel and extrude aluminium.

We’re in a very strong position, with a UK supply chain and a unique extrusion capability. We’ve already received approaches from component suppliers and fabricators who are looking to find a new source for their extrusions ahead of the introduction of tariffs.

The relationship between China and the EU has become increasingly fractious over the past decade as China has been seen to dump surplus stocks into European markets. This includes aluminium profiles, rods, bars, tubes and pipes in pre-prepped forms.

An EU anti-dumping investigation in February this year found that volumes of these products had increased from 171 kilotonnes in 2016 to 330 kilotonnes last year, effectively doubling over a four-year period to account for over 12% of the European market.

European aluminium extruders have pushed the EU to introduce new duties on imports from China on the basis that the playing field isn’t even, because the Chinese aluminium industry is subsidised by the state.

They’re essentially over-producing product to maintain economic output and then dumping that surplus into UK markets at massively discounted rates.

EU-based extruders argue that this distorts markets and undermines the EU’s efforts to reduce carbon emissions, while disincentivising them from making investments in greener manufacturing systems, because the Chinese don’t play by the same rule book.

The upshot is that provisional new anti-dumping duties of between 30.4% and 48% will be applied to Chinese aluminium imports from this month, with more expected to follow in April next year.

Therefore, prices are going to go up on component products, and it could further disrupt the aluminium supply chain at a point at which it is already been stretched by lockdown, exponential growth in demand, and (from January 1) Brexit.

Aluminium Shapes operates from a 70,000ft2 facility in Corby. It is equipped with an indirect 900 tonne press and a direct 1,200 tonne press that, respectively, are capable of manufacturing smaller, tight tolerance profiles from 0.03kg/m, as well as larger profiles up to 4kg/m.

A member of the Aluminium Federation, all of Aluminium Shapes’ extrusions are produced to BS EN 755 tolerances as standard and can also supply to BS EN 12020 if required.

There is no minimum order requirement on extrusions, although economies of scale are naturally reflected in unit costs.

Aluminium Shapes also has a track record in the window and door industry. Anglo, for example, launched its aluminium bifold corner-cleat (designed and extruded by Aluminium Shapes), earlier this year.

Available for a range of leading systems, including Aluk, it features a unique heart shape, increased wall thickness, and is supplied at a purchase price roughly half that of systems companies.

Aluminium Shapes is also sits behind Smartlink, the universal Smartlink bay pole coupler and jack system. Supplied through Anglo European alongside its cut-to-size steel reinforcement offer, it works across all PVCU systems and is designed to reduce stock holding and increase manufacturing efficiencies.

Aluminium Shapes is already a major supplier into the UK window and door industry, via Anglo, we also put down tooling and dies for fabricators who want their own extrusions, either component parts or even complete systems.

Unlike PVCU, the cost of designing a die and setting up the tooling is relatively affordable; you can be extruding your own product for around £1,000.

Aluminium Shapes is also geared to support the process with an inhouse team of designers who will take something as simple as a rough sketch, or more developed AutoCAD file, from concept to extrusion. This includes a 3D printing capability as part of the R&D process.

We’re going to see disruption to the supply of aluminium component parts – that’s inevitable – either in the form of price increases or shortages.

On whatever level, it makes sense to bring back manufacture to the UK and having a more direct relationship with your supplier. 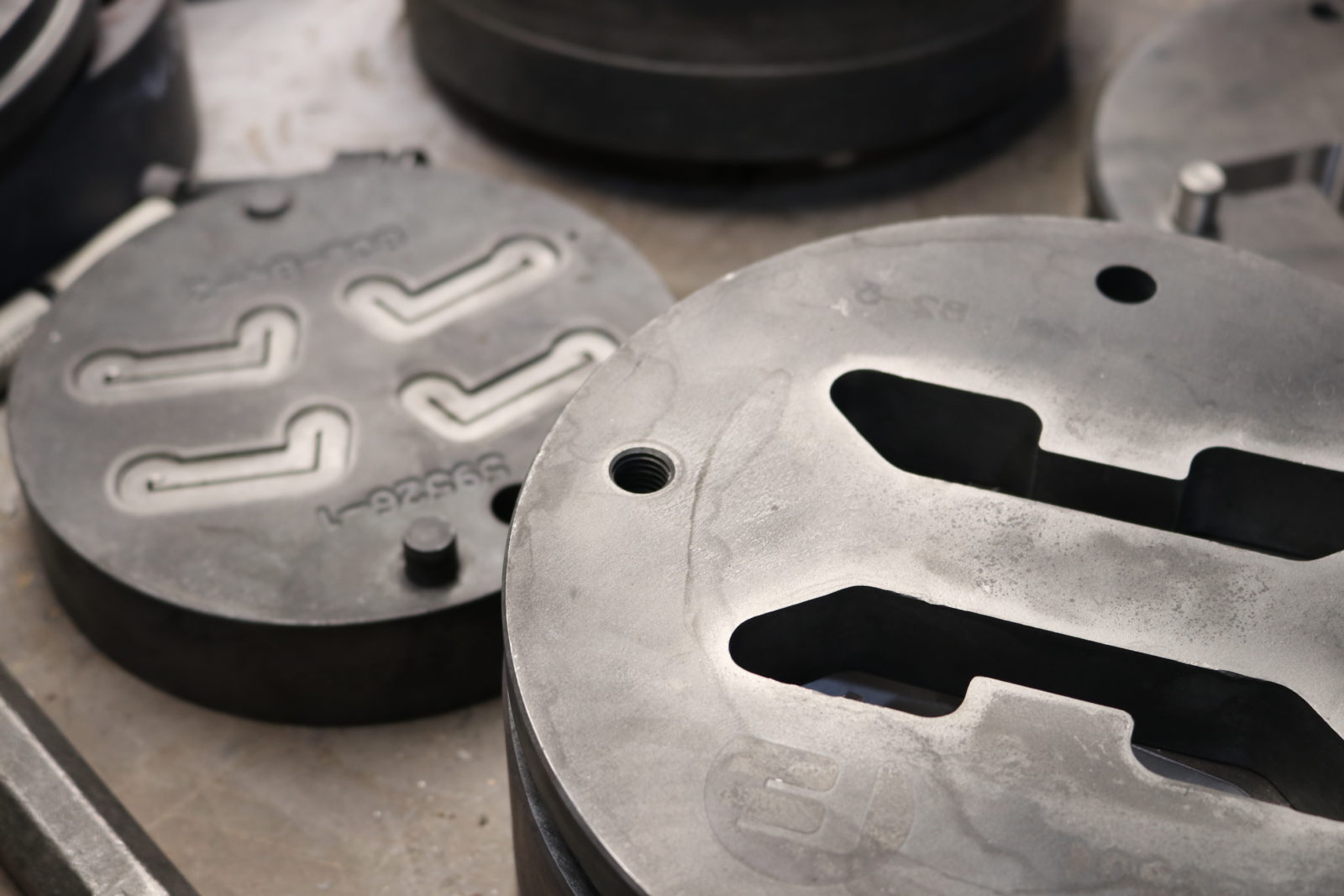 Why not subscribe to Glass Times?
Previous How to refine your aluminium door Next Filling the gap, post-Covid