Reflections on a ‘breakthrough’ year 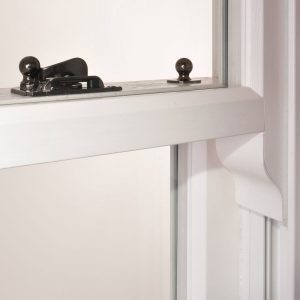 One of the most successful years in Roseview’s history has been topped off with nominations for two G Awards: Fabricator of the Year, and Customer Care Initiative of the Year. By Roseview.

As a company, Roseview’s focus has always been on gradual but constant evolution. Over the past few years, we have heavily invested in improving efficiency, bringing new products to the market and expanding production – and this year, that meticulous groundwork has really started to show.

In the spring, Roseview launched the improved Ultimate Rose to widespread acclaim. Most fabricators would have been thoroughly satisfied if they’d produced a product as authentic as the first incarnation of the Ultimate Rose, which was released in 2013 and is indistinguishable from timber to all but the most sharp-eyed experts.

But at Roseview, that landmark achievement was viewed as another step on the journey to sash window perfection. 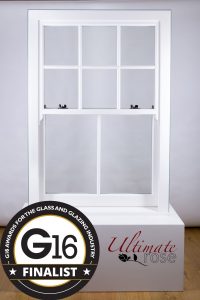 Fast forward three years, and that ongoing quest for excellence has resulted in the new Ultimate Rose. The vintage detailing that made the original so special is still very much in evidence – the mechanical joints, external putty lines, the iconic Roseview run-through sash horn and more.

But the new model pushes that authenticity even further – eliminating the interlock line, that identifies even the most authentic timber-effect window as PVCU, something which required Roseview to design, extrude and test its own bespoke midrail profile.

The upgraded Ultimate Rose can now boast the slimmest meeting rail on the market at just 35mm – and, unveiled at Roseview’s FIT Show debut earlier this year, the product has quickly risen to become the firm’s most successful offering.

Roseview has also been paying particular attention to customer support – investing in high-quality point of sales material, including a new suite of three brochures, one tailored to trade clients, one to commercial contracts, and one to projects in conservation areas.

Extensive effort has also gone into the construction of a new showroom, designed to exhibit the Eurocell-based Charisma Rose, Rehau-based Heritage Rose and Ultimate Rose in the best possible light. Meanwhile, the firm’s highly successful approved installer scheme continues to generate thousands of high-quality leads for a select group of Roseview customers around the country.

“We’re delighted with the point of sales material we’ve been able to make available to our customers this year,” Roseview’s marketing manager Mike Bygrave said. “A stylish brochure packed with professional quality imagery can make such a difference to installers trying to secure more business in an increasingly competitive market.

“But one of the main insights I took away from our first FIT Show experience was the fact that if you get people in the same room as Rose Collection products, they practically sell themselves. That’s why we’re so glad to have our new showroom up and running. It’s only when you’re in front of, say, the new Ultimate Rose, that you truly appreciate what an amazing piece of engineering it is – and how much more authentic it is than any other product on the market.”

“The sash window school has been a real passion project for Willie,” Mike said. “He’s devised two courses for our installer customers – one focused on product specifications, the other on installing and surveying – and we’ve been delighted with the uptake we’ve seen so far.

“We’ve seen a steady stream of installers coming in to take part in the scheme, the majority of them new, who together have gone on to spend £300k with us this year.

“2016’s been one of the busiest, but most rewarding and successful years in our history. But we’re not complacent. In 2017, it won’t be anything but business as usual for us – and that means striving to constantly improve every aspect of what we do.”

Why not subscribe to Glass Times?
Roseview Windows Read Full Profile
Get In Touch
with Roseview Windows
tags
Brian BerryDeceuninckFMBHousing targetsnew homes by 2020Rob McGlennonRoy FrostSales director
Previous Expanding glass opportunities Next Back in business in the UK