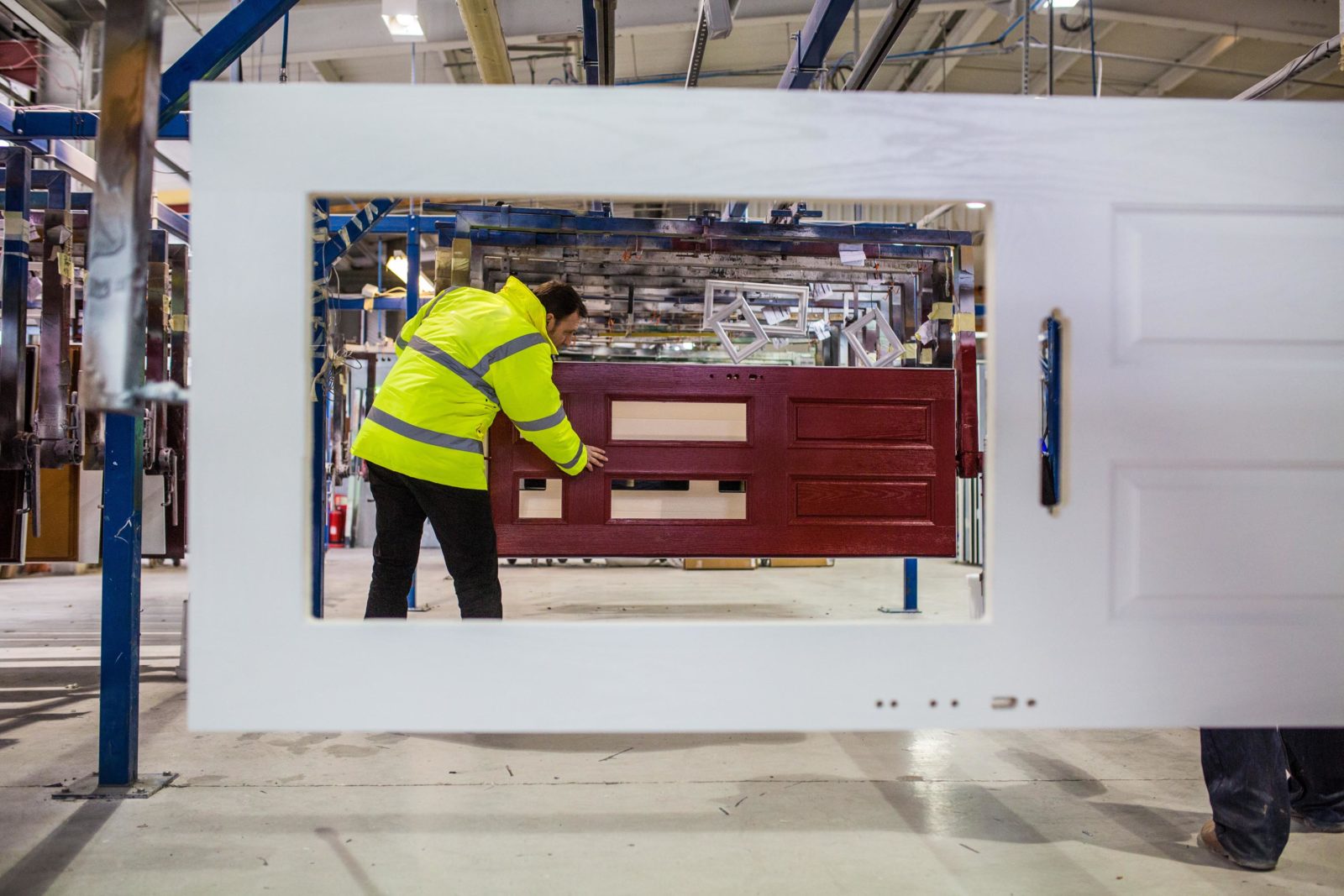 The games are political and, while there are no visible markers, the Irish sea border has become an increasingly hot potato. However, Apeer’s Asa McGillian explains this is not a problem for the Ballymena-based composite door maker.

Much has been written about the Irish sea border and the resultant delays to goods travelling between the island of Ireland and the UK mainland – the issue reaching fever pitch in recent weeks.

Reports are stacking up of shortages of fresh food throughout Northern Ireland. Other, somewhat bizarre, restrictions are placed on items with ‘soil attached’, including plants, seeds, bulbs, vegetables and agricultural machinery. There does not appear to be a solution any time soon.

However, there are no issues with manufactured goods leaving the province for the mainland.

It’s been months since I have enjoyed a nice bit of Wensleydale, and while there is a problem with some non-perishables coming in, that is because of the lack of preparation of some UK companies in dealing with the new paperwork generally, not because of difficulties at the notional border that now exists.

But we have had no problems at all in delivering from our factory to England and Scotland, with deliveries of our door sets taking between 12 and 15 days from order currently.

There are companies that have given up sending goods to Northern Ireland. I tried to order a hot tub this morning in time for the warmer rain, and the supplier just said that he wasn’t delivering to this region currently. And we have had a handful of component suppliers that have complained. We have resolved every one of those by working with them to complete the paperwork, which really isn’t that difficult. People don’t like change but it’s just something that we have to deal with.

Apeer operates from 120,000ft2 of modern, superbly equipped factories in the Northern Irish town of Ballymena. Together with sister brand Lumi, we are the second largest employer in the area.

Our approach to manufacturing is to be as self-sufficient as possible. We own everything, to give us as much control over our processes as possible, and that includes the manufacture of our own door slabs, including the GRP skins. We do everything here, with two paint lines, our own glass tougheners, the lot.

Which, in the dark and troubled times that are affecting every part of the globe, is producing positive gains for the business. While we have had to work with our suppliers to ensure a smooth flow of some components from the UK mainland, the widely reported issues with shipping and containers have hit supplies of key components from the far east, with some doormakers reporting lead times of 12 weeks and more as door slabs face the worst delays in the 20-year history of the composite door.

We have also planned our way around widespread glass shortages by investing £100,000 in handling equipment so we can take advantage of new, readily available sources.

This self-sufficiency is paying off, with Apeer doors having more local content than any other door brand in the UK and Ireland. We are delivering doorsets to England for the home improvement market and to Scotland in 10-15 days, where house building is able to continue. We really do not have a problem at the moment, although with conditions as unstable as they are globally, as well as locally, I am not complacent.

The world continues to be in disarray and in ways that could not have been forecast even just a year ago. But while we may be deprived of the delights of fine England cheeses, and dahlias may not be gracing the gardens of many Irish homes this spring, Apeer is shaping its own destiny and reaping the benefits for doing so.