How to test doorsets 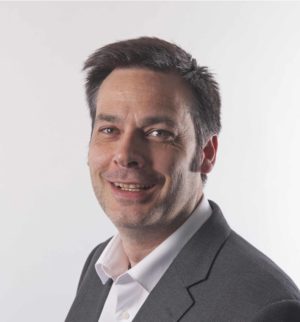 Last month we looked at what is involved when windows are tested for the security elements of PAS 24, which is followed this month with doorsets.

The basic preparations are the same, except that we require three door specimens rather than the two required for windows.

Specimen one will be subjected to a two-part cylinder test and a manual check test.

For the first part of the cylinder test we attempt to remove the handle plate, access the cylinder, break it and unlock the door using a selection of tools, including a torque bar set to 180Nm, a set of curved mole grips, and a variety of screwdrivers.

For the second part we will add a self-drilling traction screw to our armoury and attempt to screw into, and subsequently remove, the cylinder. We will then carry out the manual check test where we will use a large screwdriver and small crowbar to reveal any weaknesses in the doorset not part of the hardware.

The outcome of this part is not regarded as a pass or fail for the entire test; the objective is simply to look for vulnerabilities that can be further examined in the mechanical load test, which the next specimen will undergo.

Initially, we will apply a 2kN perpendicular force to all four corners of the glazing or other infill medium. This is repeated for each variation of infill medium or system.

We will then carry out the first manipulation test using a selection of small tools including screwdrivers, craft knives and paint scrapers. We test the hardware operation points to establish whether any fixings or mechanisms can be manipulated to circumvent the systems in place to prevent entry.

For the manual cutting test we deploy chisels and craft knives to carry out testing in two parts. Firstly, we attempt to cut a 50mm hole through the material of the door leaf or infill (not glass) within a horizontal band 400mm either side of the locking cylinder. We then try to cut a much larger hole (380mm x 225mm) outside the zone defined for the previous attempt.

The second mechanical test element comprises a series of perpendicular pushes and in-line pulls to mimic the forces applied by a crowbar but in a standardised fashion. For sliding doors, the most onerous loads are those applied to the interlock, attempting to split the interlock apart with 4.5kN loads in both directions.

Using our toolkit from the previous manipulation test we will try again following the mechanical load test to establish whether any potential points of entry have been revealed.

Specimen three then gets our attention, which involves a manual infill removal test, then soft and hard body impact tests.

Using our selection of tools including paint scrapers, chisels, and craft knives we try to remove the glazing or infill from the external face of the doorset, and we repeat this for each type of infill medium or system.

We then test for soft body impact at three points on the centre of the door leaf and any central join using a 30kg sandbag from a drop height of 800mm.

Finally, we deploy a 50kg steel ram with a drop height of 165mm for three impacts on each corner of the door leaves and any hardware points. Any non-glass infill medium will also be impacted in this way.

Next month we will look at planning for success so that we minimise failure and therefore minimise cost, and what can be done if a failure should occur.

Email info@buildcheck.co.uk if you would like a free ‘Guide to PAS 24’.

Why not subscribe to Glass Times?
Previous The power of nostalgia Next What next for compliance?