How to keep FIT relevant 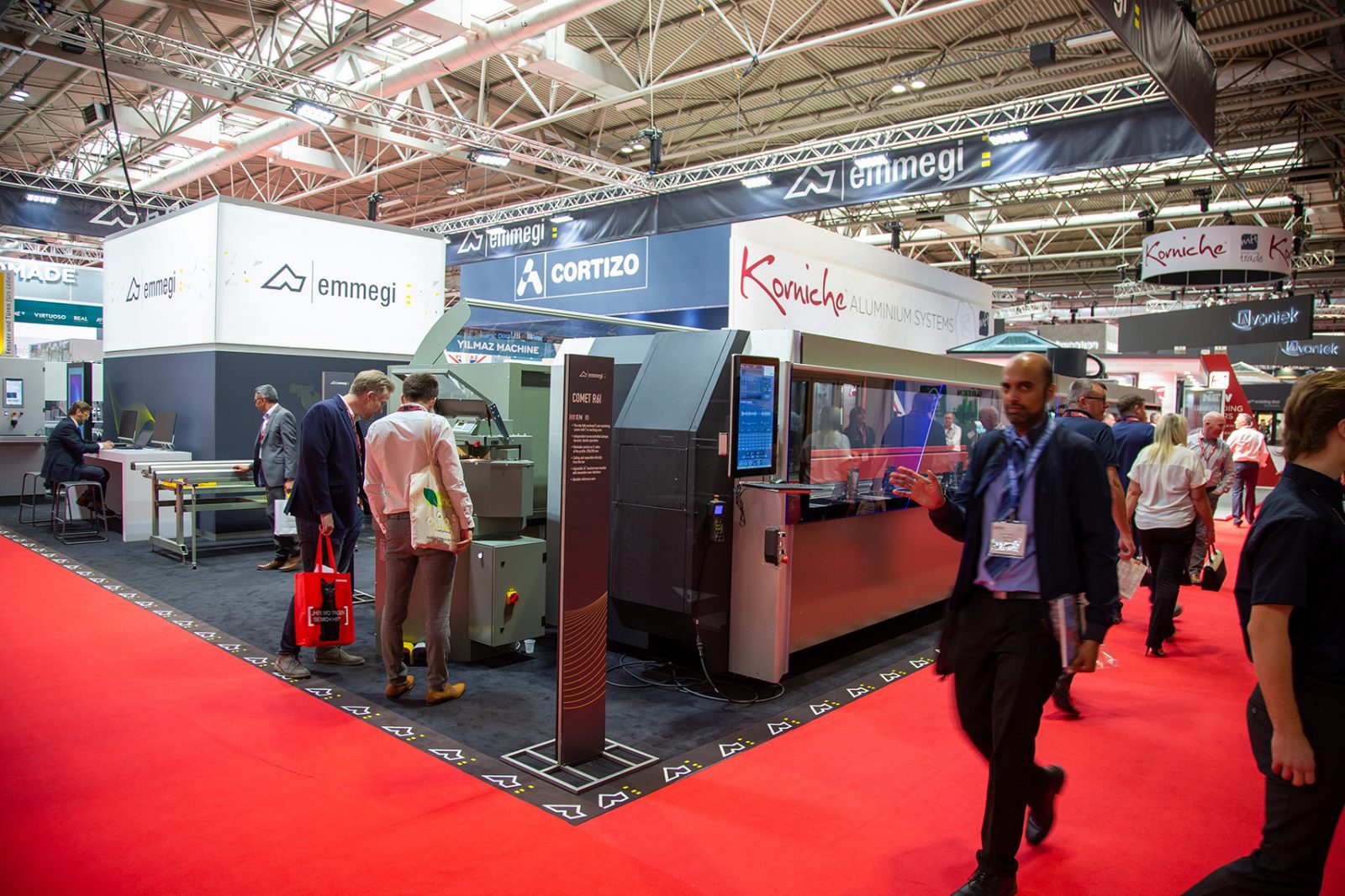 Since it first opened its doors in 2013, the FIT Show has enjoyed a success that few could have imagined. This year’s event at the NEC in May recorded 10,107 visitors, a 2% increase on 2017, and exhibitors couldn’t sing the show’s praises loud enough, with both quantity and quality of leads generated highlighted.

However, despite five successful outings – each bigger and bolder than the last – some in the industry have taken umbrage at the organisers’ decision to move from a biennial event to annual.

The biggest criticism levelled at FIT Show is one of greed. Exhibitors and commentators have concluded that since seasoned exhibition business Angus Montgomery purchased an 80% stake in the business in January 2017, the industry’s exhibition would subsequently become a cash cow, and would therefore disregard the needs and wants of those who exhibit and visit.

The industry has got form, they would say, citing Glassex’s dramatic fall from grace; its last outing in 2010 being barely a shadow of its former self.

Nickie West, FIT Show event director and a familiar face on the networking circuit, realises that FIT Show has got a lot of marketing of its own to do, starting with setting the record straight on the exhibition’s frequency.

“Why did we go biennial? When was the decision made? Why was it made? And why have we changed it?” Nickie said at the start of her interview with Glass Times.

“There is a lot of talk around what the reasons are, ranging from ‘the new owners are greedy’, to ‘it’s the biggest mistake anyone has ever made’. I think this is an opportunity for me to put the story out there – not in a salesy way but telling it how it is.”

“So, it’s never been set in stone as to how often the show would take place,” she said.

“At the back end of 2015, the decision was made by the then owners to make it biennial; a number of factors were taken into consideration and not a huge amount of research undertaken into the visitor or supply chain requirements.

“At the same time, they decided to move it to the NEC in Birmingham. There was a definite resistance from the exhibitor base to that move because of Glassex, which had died at the NEC. So, if we took FIT to the NEC it would die there too.

“And that was all before Brexit was even a glimmer in anyone’s eye.”

This biennial proposition was launched in January 2016, before the 2016 show had taken place, before the decision to leave the EU was made, and before Angus Montgomery became the majority shareholder.

“We then took the show to the NEC in 2017, and delivered a very successful show,” Nickie said. “We did nothing in 2018 on the assumption that FIT Show would sit at around 15,000m2 for the 2019 outing, because the whole industry was going to join us on this biennial platform. People would align their NPD plans to the timings of the show.

Instead of being a forecasted 35% bigger footprint, FIT Show 2019 was only marginally bigger than in 2017, and delivered a similar-sized audience.

“Worse that that was the fact that a high percentage of the audience who came to the show in 2019 were brand new to FIT Show, so we felt we were losing momentum, losing enthusiasm, and losing impetus,” Nickie said. “It was costing us a huge amount of money and energy to get engagement back on the table, and 45% of the exhibitors who were on the floor in 2017 did not come to the 2019 show.

“Basically, while the industry had spoken in favour of supporting this biennial proposition they voted with their feet and they did not support it in the numbers predicted. That, coupled with the technical changes in the industry, the different materials, the changes in the show, the fact there is a great deal of change in the industry generally, and the amount of switching up that happens in a 12-month period, we need an annual platform.”

Nickie admitted that while FIT Show has generally seen an upward trend – footprint, number of exhibitors, number of visitors, more prestigious location, etc – these successes have been driven by industry passion rather than exhibition knowledge.

Despite that, it was never the FIT Show’s desire to be a UK equivalent of Fensterbau or Glasstec, which would require a biennial outing.

“That is not the ambition,” Nickie said. “Our ambition is for the show to represent the industry and be the show for the industry, to show a wide range of materials, and to debate current issues; to be a platform.

“The decision to go biennial was made because the exhibitors demanded it, and I think that was a mistake.”

Nickie – as with all the team who work at the FIT Show – appreciate that exhibiting is a huge investment, but “the glass and glazing industry isn’t best served by a monster, predominantly national, show that takes place every other year”, Nickie said.

Therefore, a number of changes are being made, which will suit an annual proposition: it is being reduced in size (from three halls to two); it will have a smaller footprint (8,000m2 rather than the targeted 15,000m2 in 2019); and it will be moved closer to the transport links at the NEC (halls 2 and 3).

Nickie said this downsizing has fostered a different philosophy about what the FIT Show wants to be.

“We are not just selling space,” she said. “We can be more selective, and we can make sure there is a spread of material, products and size of companies.

“The maximum we could get out of Telford is 6,000m2, which is too small to keep the visitors’ interest. And, more importantly, the infrastructure did not support the size of the show we were becoming. It wouldn’t work. In addition, all the research shows us that the NEC is in the right location to reach the breadth and depth of audience.

“We need to go back to a realistic size – a long-term sustainable size for the show. I don’t want to be looking at the timing or the size of the show (unless something really big happens) for the next five years. It needs to settle into an annual proposition on 8,000m2 across two halls that will give us a really strong show, in UK terms.

“I want to have 8,000m2 of good quality exhibits that will pull an audience because that, ultimately, is what people are buying.”

Nickie barely disguises her anger at the constant references to Glassex, and the tendency to look at that ill-fated show through “rose-tinted spectacles”.

“Look at the industry in 2010, when Glassex last ran: it was a different animal completely,” she said. “Look at how that show was run and, frankly, the lack of imagination, commitment, and investment that was put into it. It was terrible, and very sad to watch the demise of a show that was once such a successful industry platform.

“The only reference to Glassex I will agree with is that we need to ensure that FIT Show doesn’t go the same way. Our role is to direct it as we always have with the interests of the industry at the heart of all we do.

“Even with FIT’s new owners, we are still the same team, and we are growing the team. Matthew Glover would not put his name to this even if we so much as talked about cutting the marketing budget, because he passionately believes that is the only way to run a show. And I completely agree with him.”

When it comes to Visit Glass, the show within a show, Nickie said they still have some way to go before they get that right. However, there was “an evident gap in the glass market”.

“Did we achieve our ambition? No, because we didn’t get sufficient support from the glass machinery companies,” she said. “Will we deliver it wholly in 2020? No, I don’t think so. But we’ve got to start somewhere because if we carry on not delivering what an audience is asking us for then we are not doing our jobs. I think we made good inroads but we’ve got some way to go.”

Forward bookings for FIT Show 2020 are not as high as Nickie would like them to be, with “a lot of people sitting on the fence”.

“That’s partly down to the economic and political backdrop; people are understandably wary,” she said. “There is also some resistance to revert to annual but I don’t necessarily think that is the reason. We are about 30% sold, sitting here now, of the 8,000m2. We’ve also got some fantastic brands who are just about to cross the line. So, I am not unhappy.”

For many of those fence-sitters, anecdotal evidence points to two reasons: Fensterbau and the assumption that the organisers are just being greedy.

Regarding the former, Nickie said that very few people had cited the massive German show for deterring them from exhibiting at FIT Show.

Of course, the expense is a big consideration but when exhibitors drill down into their results from FIT Show versus Fensterbau are they reaching exactly the same audiences at both shows? What percentage of their UK customers travel to Fensterbau?

How many of the big FIT Show brands also exhibit at Fensterbau? We need to recognise and celebrate the differences between these two industry events.

Even Profine, which typically dominates one of the halls in Nuremburg, has reserved on the floorplan for FIT Show 2020.

Regarding the accusation of greed, Nickie is more animated.

“If I were being greedy I would be leaving it biennial, because the proposition would have been easier to present,” she said. “This isn’t a great year for me to be saying ‘let’s revert the show to annual’. Instead I would have doubled the size of it, I would have massively broadened our approaches via our overseas sales agencies, diluted the proposition by taking on loosely connected vertical shows, and I would have filled four or five halls. That would be greedy.

“Instead I am reducing the size of the show: I’m making the profits smaller; I’m still spending the same; and I will be delivering a vehicle that is right for this industry for 2020 and onwards.

“I’m also protecting its future; it needs to be sustainable for the long term, which this industry needs.”

But there is probably a third reason: people waiting to see what their competitors are doing, which happens too often according to Nickie.

Instead, Nickie said people should make the decision to exhibit at the NEC in May 12-14 next year based on the positive tangible results that the FIT Show has always delivered, and in the knowledge that as a platform it will address their challenges and their requirements to increase or maintain their business.

“The FIT Show works, it definitely works,” Nickie said. “We network well as an industry, and what better place to do that than on a live platform like FIT Show?” 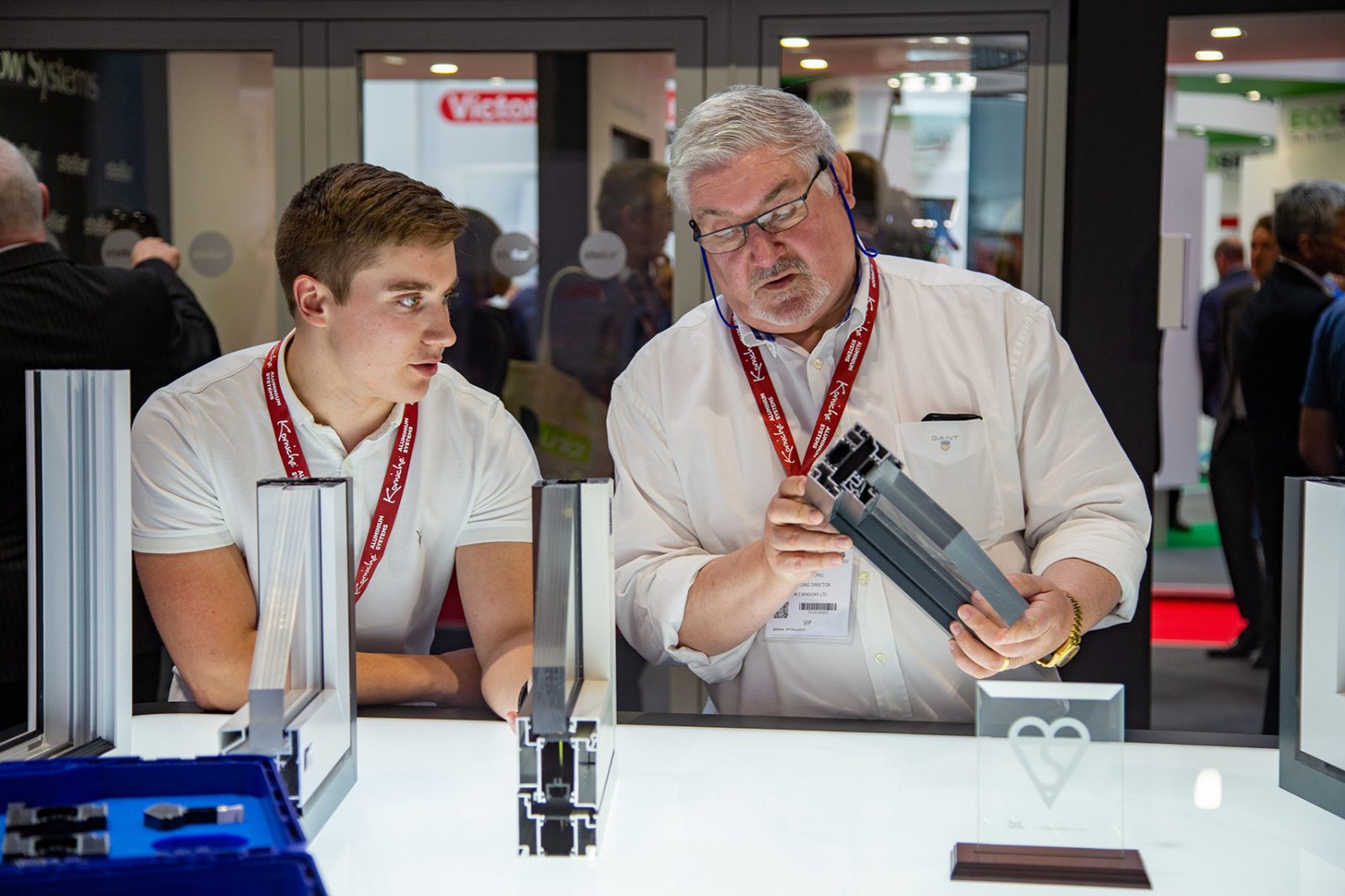 Why not subscribe to Glass Times?
Previous We need to look after our fellow workers around us Next How to make beautiful windows