Celebrating the best of British 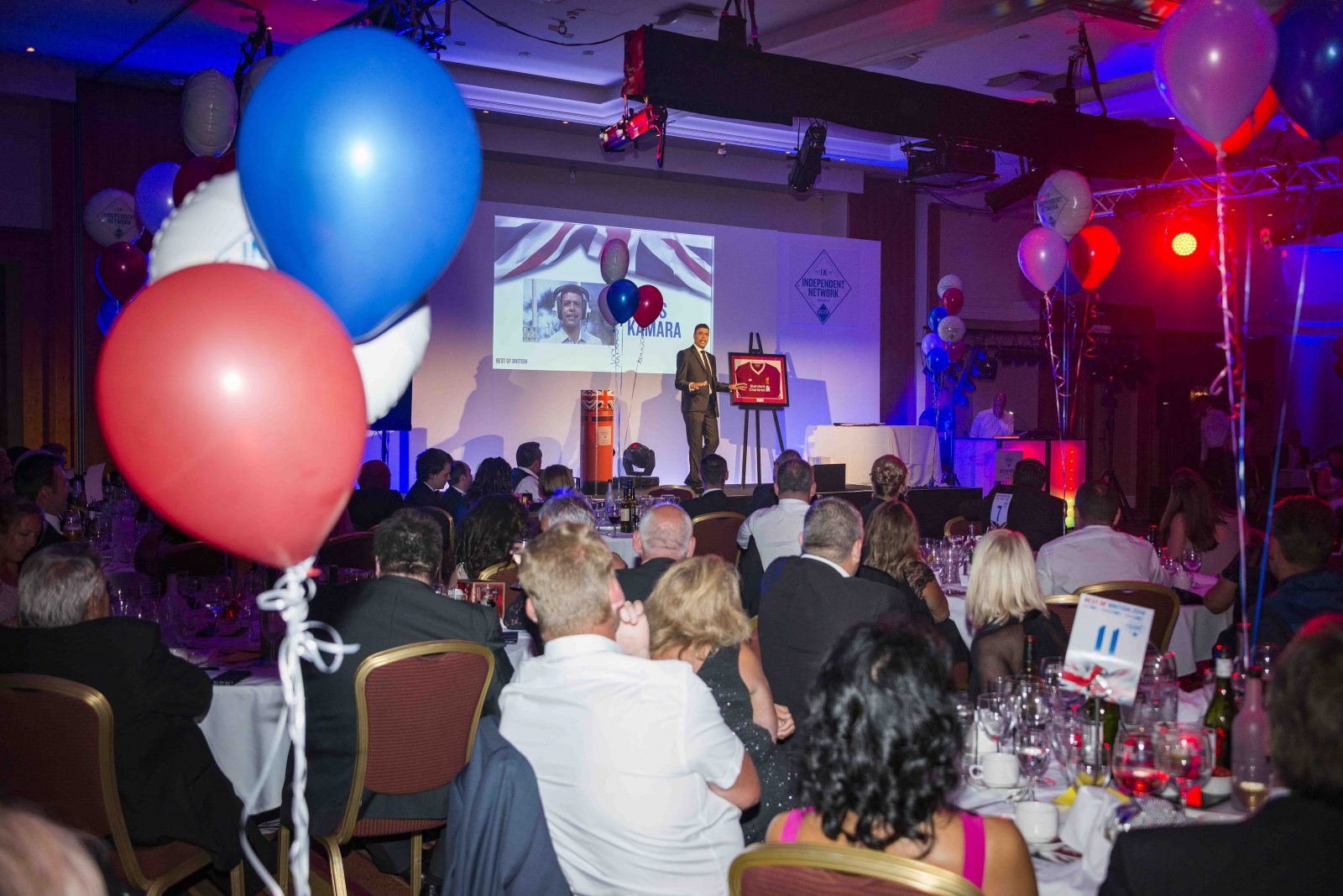 Independent Network is known for its annual calendar of events, from training sessions and sales seminars, to charity sports days, overnight trips to Europe and much more. The highlight, however, is the official annual Members’ Weekend, this year celebrated at the Chesford Grange Hotel, Warwick.

This year’s Independent Network Members’ Weekend was well attended and attracted more than 240 delegates from member companies across the British Isles.

It kicked off with the specially built Business Centre, where attendees could chat to IN’s affiliate partners about how to work together for even greater success. As a national organisation made up of independent, local companies, IN enables members to access a host of benefits, such as favourable rates and unique services, that they might otherwise be unable to secure. This year, there were 18 affiliates exhibiting, covering topics such as qualifications, health and safety, legal advice, hardware, and associated installer products.

The afternoon’s speeches began with finance director Graham Fitton who welcomed members, reviewed the financial results for 2017, and conducted the official AGM business.
Graham was followed by sales director Neil Evans who discussed recent market developments and expectations for the year ahead.

Marketing director Dawn Stockell then took to the rostrum and was delighted to announce two exciting pieces of exclusive news for members: that Fensa will now be recognising the IN insurance-backed guarantee; and something that will be announced to the media in the coming weeks.

Dawn also took the opportunity to review the increase in IN brand awareness and leads over the past year, and to run members through the latest campaign and investment in digital support, such as the marketing portal.

Next was business consultant Jeff Grout who is counted among the top 100 business speakers in the country. In his straightforward and engaging style, he encouraged members to think more critically about effective leadership, and drew on anecdotes from people in business, sport and the armed forces to identify what makes a respected leader in the real world rather than around the boardroom table.

The evening’s black-tie Gala Dinner and Awards Evening was hosted by ex-Bradford City player and manager Chris ‘Kammy’ Kamara, and included a charity raffle and auction, which – along with table donations – raised more than £4,000 for the evening’s four chosen charities: Hayley’s Hugs, Helping Hand, St Gemma’s Hospice, and Birchwood Highland.

This year’s attendees were present for the very first prize-giving of two new awards celebrating the hard work of individuals working within Independent Network member companies.

Darren Drake of David Brunskill Windows took home Installer of the Year, and Paul Lewington of Lewington and Son claimed the first-ever Salesperson of the Year trophy.

IN said these awards were created to recognise individual talent and are based on value of sales, quantity and quality of projects completed, plus feedback from customer satisfaction surveys, which are completed by every single homeowner who chooses an Independent Network business each year.

Companies compete on a like-for-like basis against comparable members across the UK, and Chris Kamara joined Karen Lund to present the trophies to the deserving winners.

“Independent Network only accepts the country’s very best, most professional companies, all of whom must use the highest quality Veka Group materials and constantly maintain the highest standards,” Karen said.

“So, each of these winners deserves a massive pat on the back; they have been pitted against the best of the best and to have come out on top means they really have proven themselves to be the ‘cream of the crop’.

“All the winners, and the nominees, deserve to be incredibly proud of themselves.”

Perth’s Balhousie Glazing not only achieved recognition as one of the 27 members to join the ‘100% club’ (recognising those companies who have been rated 100% for customer satisfaction) but was also named ‘Best New Member’ in another hotly contested category.

Karen Lund, head of partner programmes, explained the theme of the weekend: “As these awards celebrate the successes of our finest IN members up and down the country, we thought that the ‘Best of British’ would be a very apt theme. And it gave us all the chance to try a host of specially selected gins, beers, wine and whisky while we danced the night away.

“The Best of British theme ran throughout the event, with guests enjoying afternoon tea, a gin bar, Britpop disco, and well-deserved ‘traditional’ 1am curry.

“It’s been a thrill, once again, to highlight those companies that really go above and beyond, and the evening had a fantastic atmosphere as member companies celebrated and shared in the successes of their peers.

“The Members’ Weekend always goes down a storm, and this one was certainly no different – combining a valuable, business-boosting afternoon with a celebratory, black-tie awards evening and an opportunity for hard-working, like-minded businesspeople to really let their hair down. 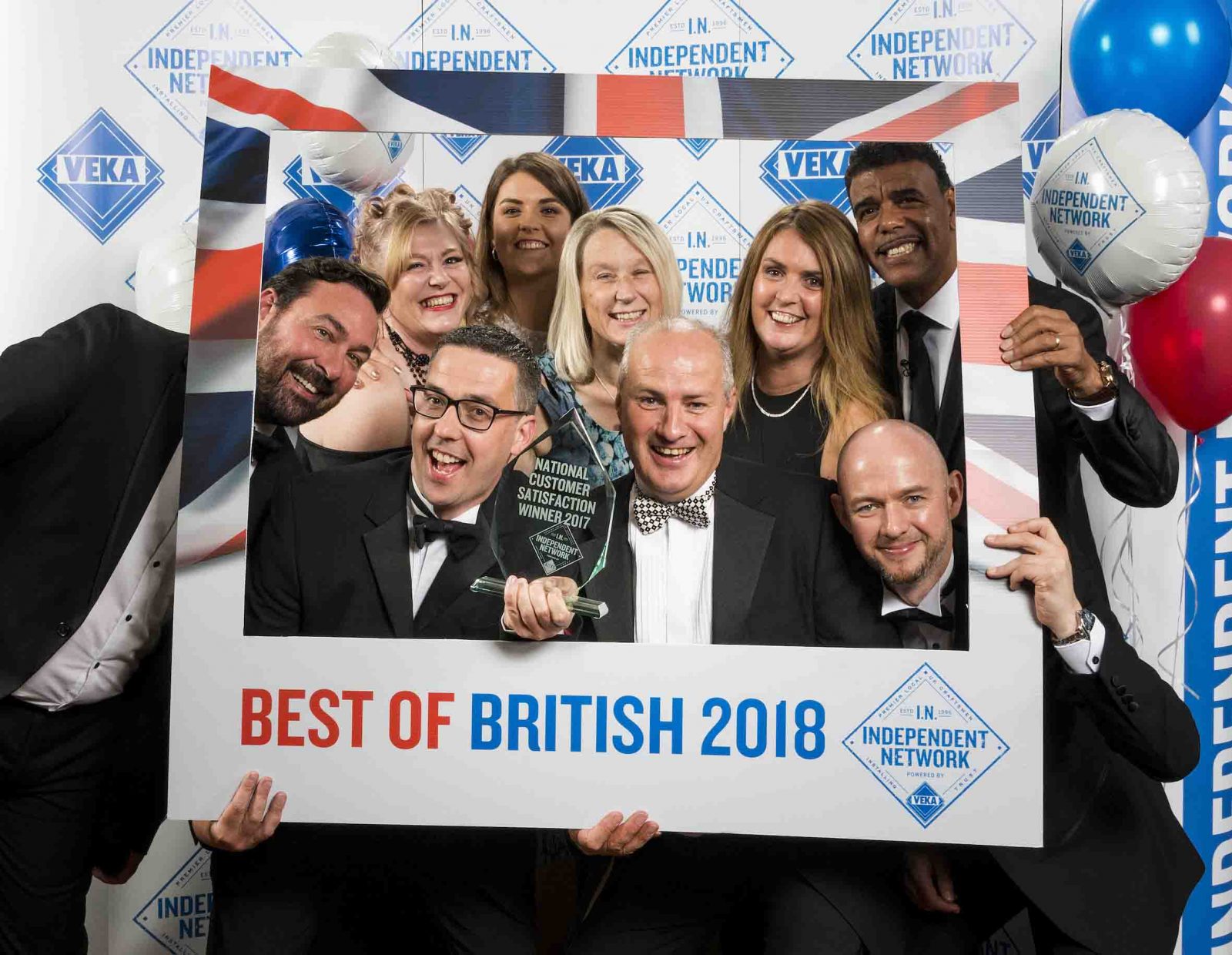