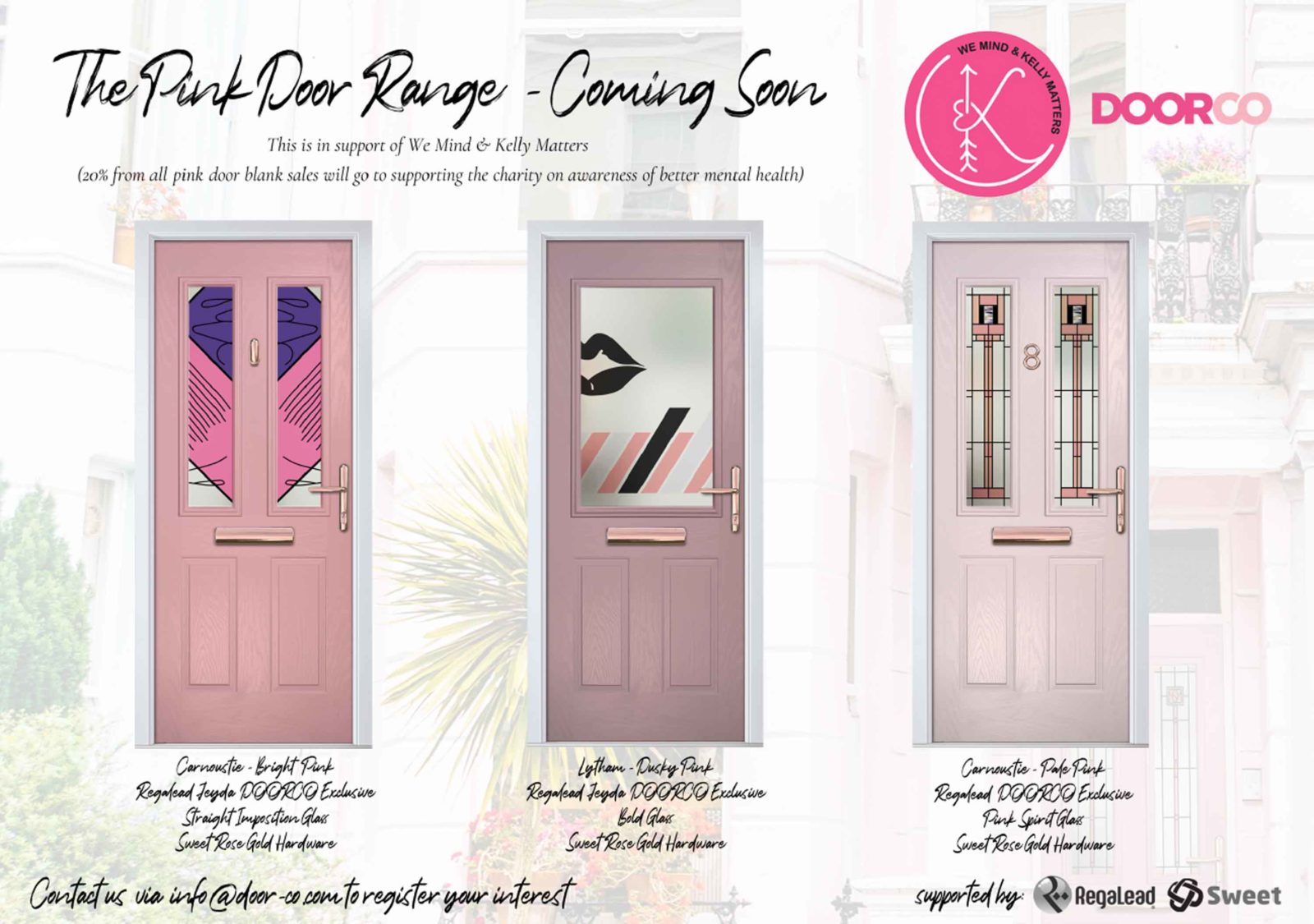 Doorco has announced the exclusive Pink Door Range in support of We Mind and Kelly Matters, a charity set up by Glazerite’s John Hewitt in memory of his daughter Kelly, which aims to raise awareness of mental health and try to prevent suicide.

“During lockdown we did some reviews on our products and in particular, colour,” Doorco’s Dan Sullivan said. “There was a lot of talk about pink doors and we remembered Kelly Hewitt because pink was her favourite colour.

“We had a good relationship with Kelly when she worked at Glazerite and we were all affected by her suicide. We were aware of Kelly’s Heroes, the cycling challenge John and his friends are undertaking in August and wanted to show our support. While we could have just made a single donation, we wanted to do something that had more longevity. So what better way to support We Mind and Kelly Matters than to create a pink door in Kelly’s honour.”

Doorco has created a collection of four doors, each one in a new shade of pink. They use a traditional style, using the company’s best-seller Carnoustie and half-glazed Lytham, but adding a modern twist with exclusive glass options, some designed by Jeyda, and all produced for us by Regalead. The design is completed with the Rose Gold Sweet hardware from Brisant.

“Doorco is going to donate 20% of all the door blanks sold from this range to We Mind and Kelly Matters,” Dan said.

John Hewitt, Glazerite’s group chairman and Kelly’s father, said: “When Doorco approached me about this new collection I was blown away. We originally set up We Mind and Kelly Matters to keep Kelly’s memory alive, but as time has gone on, we are determined to make a difference in the prevention of suicide.

“All the money we raise through the charity goes to mental health awareness, trying to remove the stigma and prevent other young people from taking their own lives. We’ve recently teamed up with Rushden Mind, our local Mind charity that has supported us through this impossible time, and funded a brand-new project called SAFE, Suicide Awareness For Everyone.

“Back in Oct 2019 they started SAS groups (Support After Suicide) with the intention of taking SAFE into schools, colleges or businesses to educate everyone about the ‘S’ Word – Suicide. This is about to be launched and we are aiming to roll this out across the county of Northamptonshire. We are also talking to other mental health charities to see how we can support them as well.”