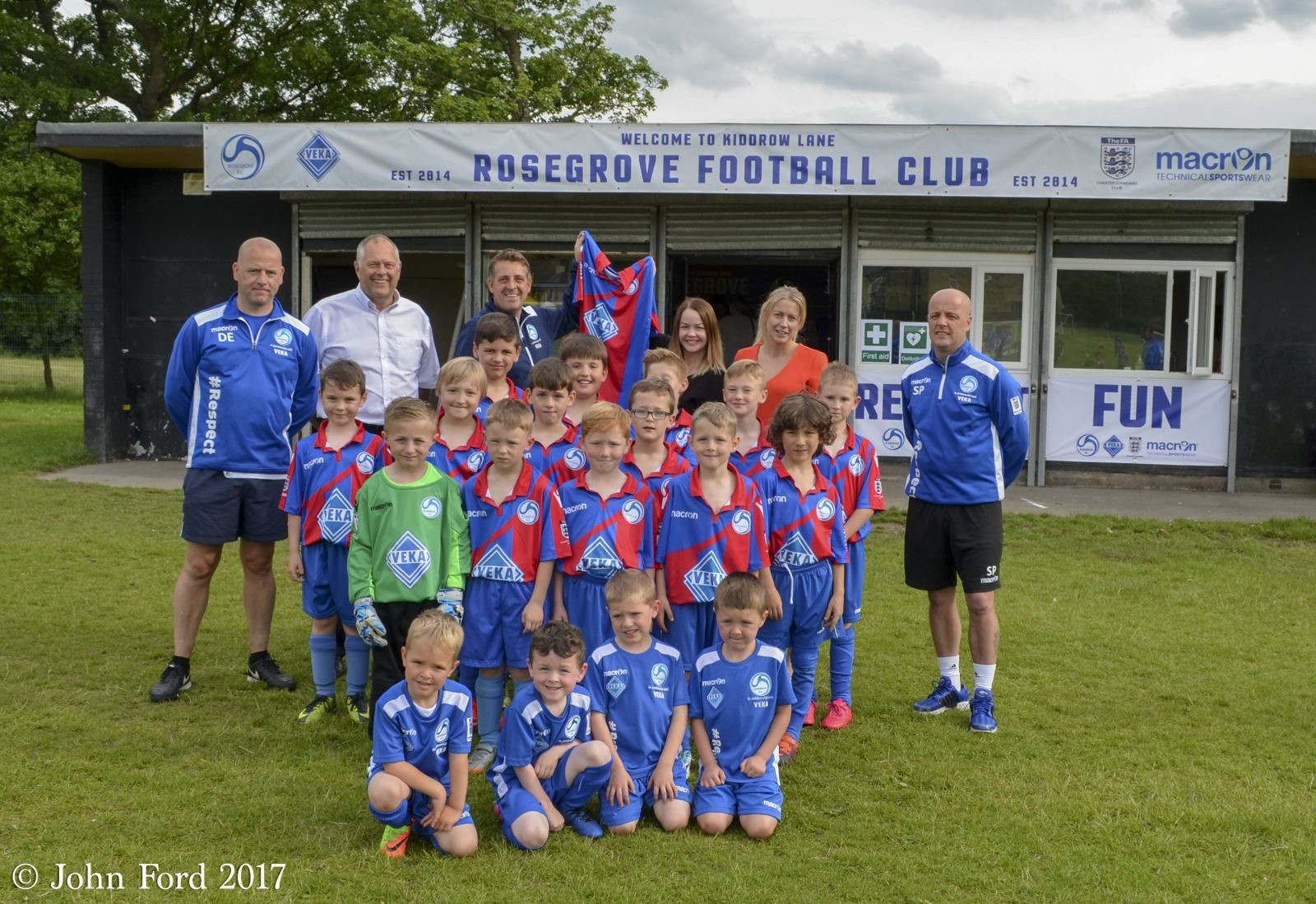 Veka Group has become the official club sponsor of local football team Rosegrove FC, marking the occasion with a charity match to be held on Sunday July 16.

The just-for-fun fixture will pit Rosegrove coaches against a team of employees from Veka Group at the Kiddrow Lane ground, just a stone’s throw from the Rossendale Road Industrial Estate where the Group is based. All proceeds from the match will go towards raising funds at Rosegrove, and Veka Group’s chosen charity for 2017, Pendleside Hospice.

Dawn Stockell, marketing director for Veka Group said: “Everyone here is thrilled that we are now the official sponsor of Rosegrove FC. The new match and training kits look absolutely fantastic in ‘Veka blue’ too! As for the charity match, I know lots of people here are raring to get on the pitch and we’re sure the day will raise lots of money for the club itself and Pendleside Hospice.”

Rosegrove Football Club officially opened in March 2011, having started out a year earlier as just a small group of infant school children and parents. Six years later, the football club has grown to over 300 members.

The club is totally not-for-profit with coaching staff consisting solely of volunteers and every penny raised going back into the club.

Guy Owen, chairman at Rosegrove Football Club, said: “As a grassroots club, we do need help financially and this is why this partnership was important to us. The new kits look fantastic, as well as the training kits and coaches’ tops.”