An alternative solution to Part F? 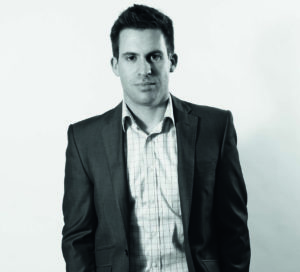 Trickle vents remain a bone of contention for installers, at least if the feedback from forums is anything to go by. I appreciate that online forums are not necessarily always the best place to go for a balanced view on any topic, but taken at face value, it would seem that fitters are almost universally opposed to the new requirements of Part F.

Feedback from Fensa and the GGF however, paints a slightly different picture.

Post inspection data, which includes work that has been completed and registered with Fensa, shows that there has been an upturn in failures due to vents not being fitted, but nowhere near as much as predicted.

Pre inspection data, from where installers are on site, also reveals only a very slight increase in failures and that in the vast majority of cases, vents are in place.

According to Dave Mechem, director of operations for RISA, the inspections and auditing arm of the GGF, there has definitely been some reluctance to trickle vents, but typically from those who have had poor quality vents fitted in the past or who have been influenced by installers ‘telling them how bad it’s going to be.’

Click here to read more about this and how the GGF has met with the DLUHC to discuss an alternative solution to trickle vents, one that’s based on a clause that states if you don’t make the building more airtight, then you don’t need to fit extra background ventilation.

In other news, the latest Business Pilot Barometer has been published, which once again reveals a decline in retail sales, or correction of market conditions, post pandemic. The big figure this month is that average order values have dropped 27% – reversing a trend in recent months – but still up, year on year from 2021 and 2022.

Why not subscribe to Glass Times?
Previous Race Day raises over £2.2k Next Cortizo-compatible hardware