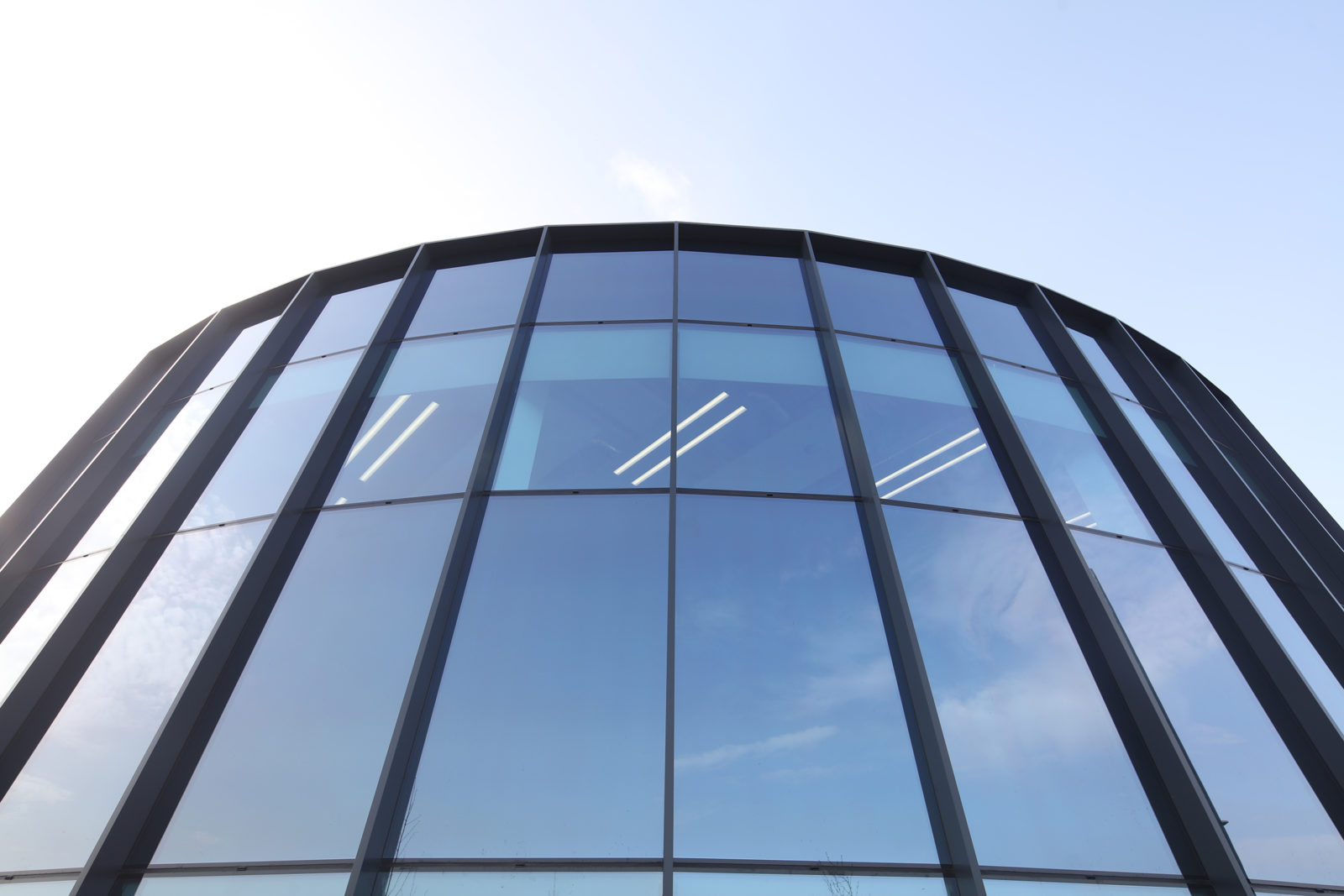 The 11,464m2, two-storey building was designed by architect Stride Treglown, which partnered with DKA Architects. Main contractor Rydon constructed it as a single-stage design and build contract.

The impressive front elevation facade features a Technal curtain wall, which is manufactured using Hydro Circal 75R recycled aluminium, a prime-quality alloy made with at least 75% recycled post-consumer scrap aluminium – the highest share of recycled aluminium on the market, the company said.

Stride Treglown project architect Victor Martos said: “Originally, we had specified another system but switched to Technal as it uses Circal recycled aluminium and Reduxa low-carbon aluminium, which makes the system very attractive for buildings such as IAAPS which target a high level of environmental performance.”

Fabricated and installed by Bristol-based Architectural Aluminium and Glass (AAAG) to a planned eight-week delivery programme, the curtain walling combines a linear and an arc section on plan to create a striking faceted facade that runs 43m and is 10m high. The double-height curtain wall joins the rectangular arched entrance at a sliced angle.

“Aesthetically, it was important for us to highlight the vertical joints over the horizontal joints so as to emphasise the height of the glazing and maintain the architectural proportions with the main entrance arch alongside,” Victor said. “The Technal curtain walling system allowed us to achieve this. It is very flexible in terms of the design options for mullions and transoms.”

Vertically, the curtain wall mullions have an additional capping piece, or ‘fin’, finished in an anthracite grey powder coating (RAL 7016). This extends 200mm beyond and goes all the way from the base to the head of the curtain wall, creating a vertical frame design. On the horizontal, SSG silicone sealant transom joints offer a seamless look.

“The fact that the external fins could be self-supported without the need of additional structure or ties was fundamental to achieving the desired verticality,” Victor said.

The glass specification is continuous to maintain the same level of reflection and uniformity across the entire curtain wall. It also had to meet thermal requirements.

“Thermally, the facade had to achieve low heat gains through the facade, which meant careful glass specification,” Richard said.

Saint Gobain Glass’s Cool-Lite SKN 154 solar control glass was selected, which offers a low g-factor (0.28) and helps control the amount of heat that penetrates into the building by reflecting it back to the outside.

“Ensuring an even distribution of light entering from the north, it reduces the need to use artificial light during the daytime and reduces overall building energy consumption,” Victor said.

“Engaging early with specialist suppliers to maintain momentum and quality throughout, meant we could also optimise BREEAM credit opportunities. For example, the external fin feature also assisted in achieving credits regarding the visual comfort and control of glare from sunlight as they provide shade from direct sunlight.” 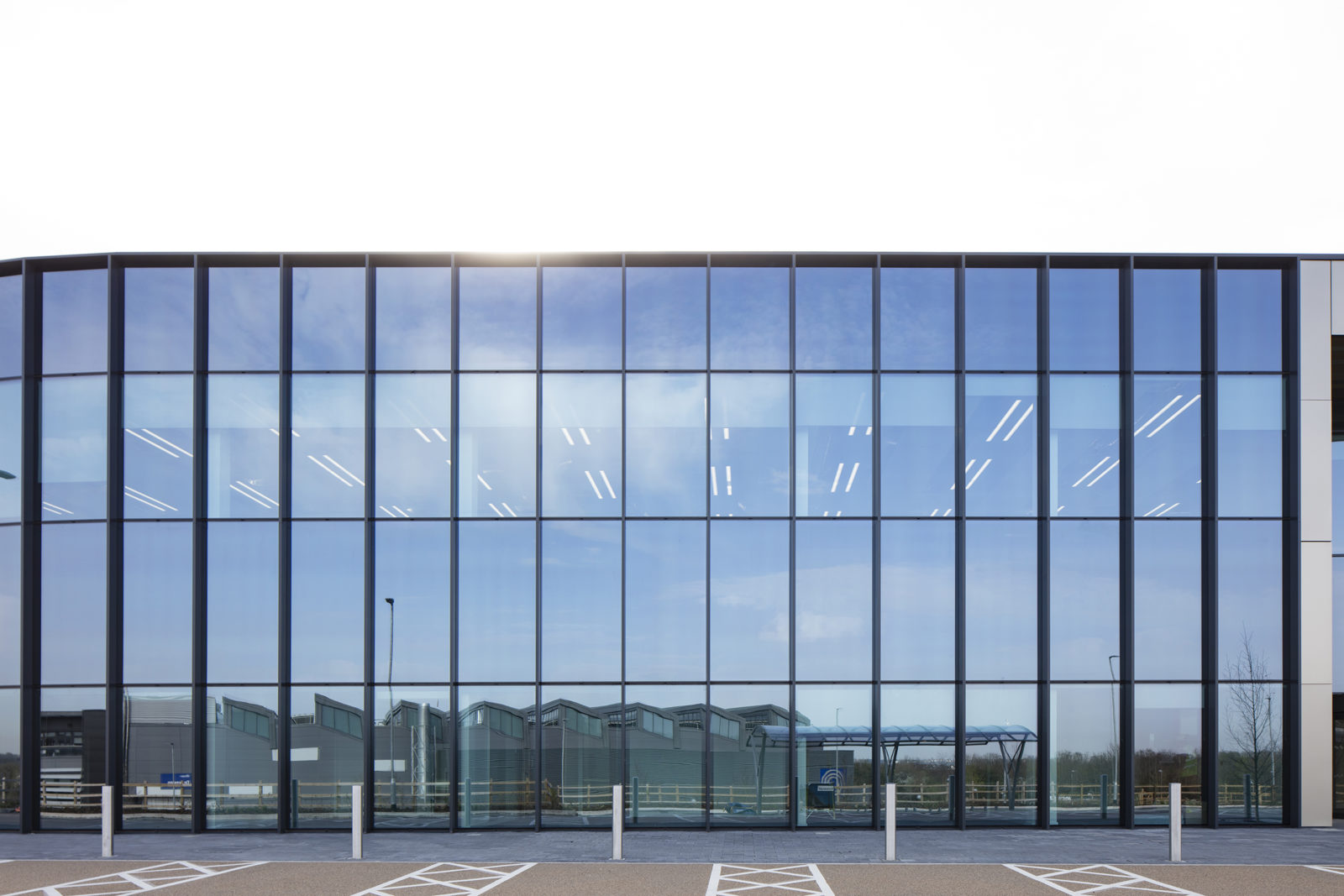 Why not subscribe to Glass Times?
Previous New accreditations Next A green light for sustainability