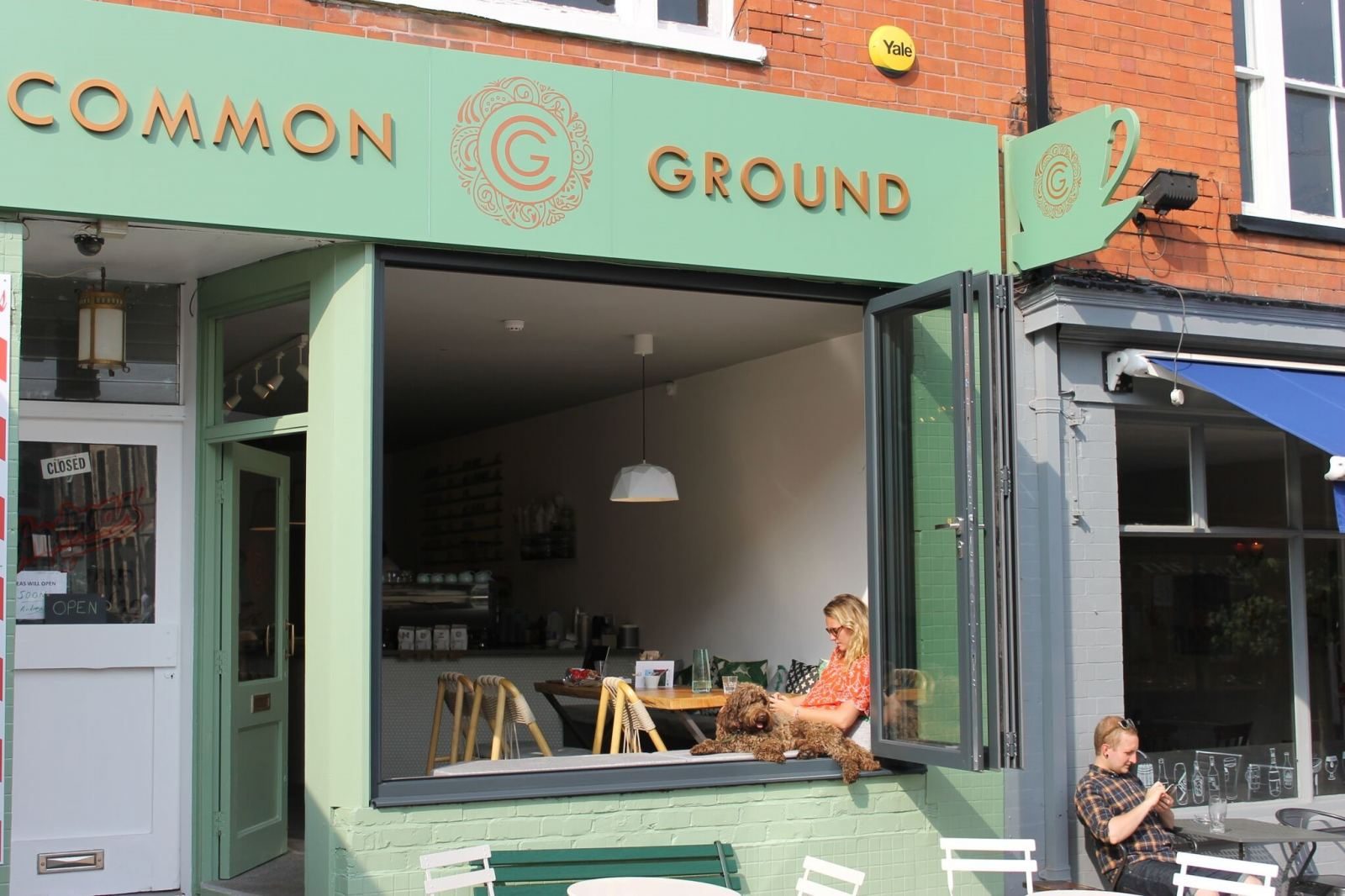 Olympic swimmer Fran Halsall has opened the doors to a new business venture alongside fellow sports personalities cyclists Jessica Varnish and Liam Phillips – a café on the outskirts of Manchester. Aptly named ‘Common Ground’, to show a mutual love of sport and good coffee, the venue has opened following a full renovation and the installation of Origin bifold doors.

Fran said: “The whole idea came about just after the Rio Olympics. We used to eat here all the time, so when a unit became available, it was too good an opportunity to miss.”

The business partners set about planning the space in November 2016. By March, the lease was signed and building work began, taking only five weeks to complete.

Minimalist and Scandinavian in style, with rustic wooden tables and an unusual sit up bar made from natural wood, the café is perfect for those hoping to enjoy the British summer.

Origin bifolding doors at the front and back of the café (both three-door sets), open up entirely to the outside. Powder-coated in anthracite grey, they were chosen specifically to match the café’s quirky décor.

“We’ve made the best use of space by installing the Origin bifolding doors, which are amazing,” Fran said. “They fully fold back so people can sit and have their coffee in the fresh air. At the other side of the café is another set of doors to what we call the ‘Zen Den’, a relaxing courtyard and seating area. It’s minimalist and Scandinavian in style, with pastel green and grey décor. The bifold doors certainly make it a beautiful space to enjoy a cuppa.” 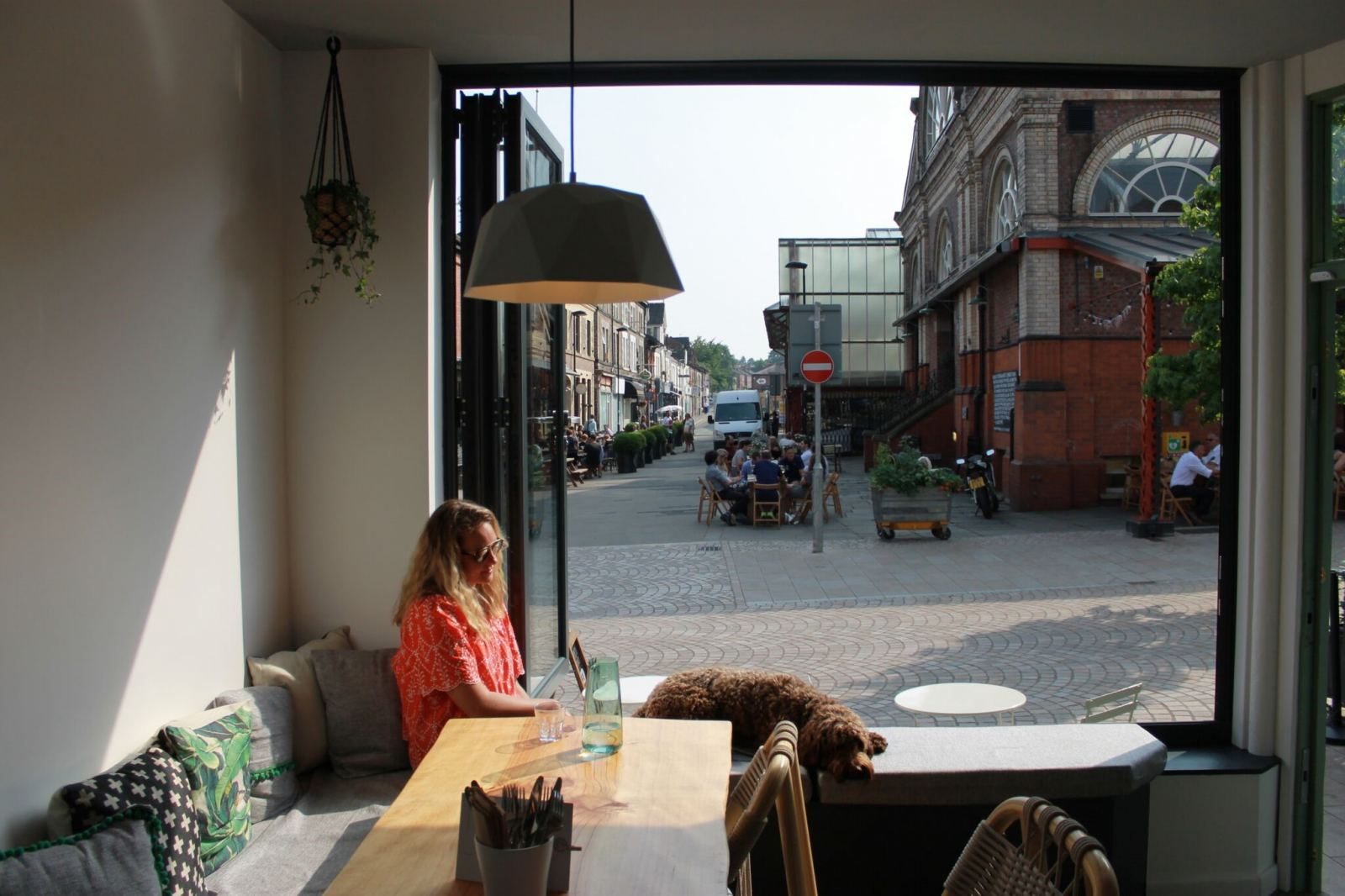