Gateway to a unique building 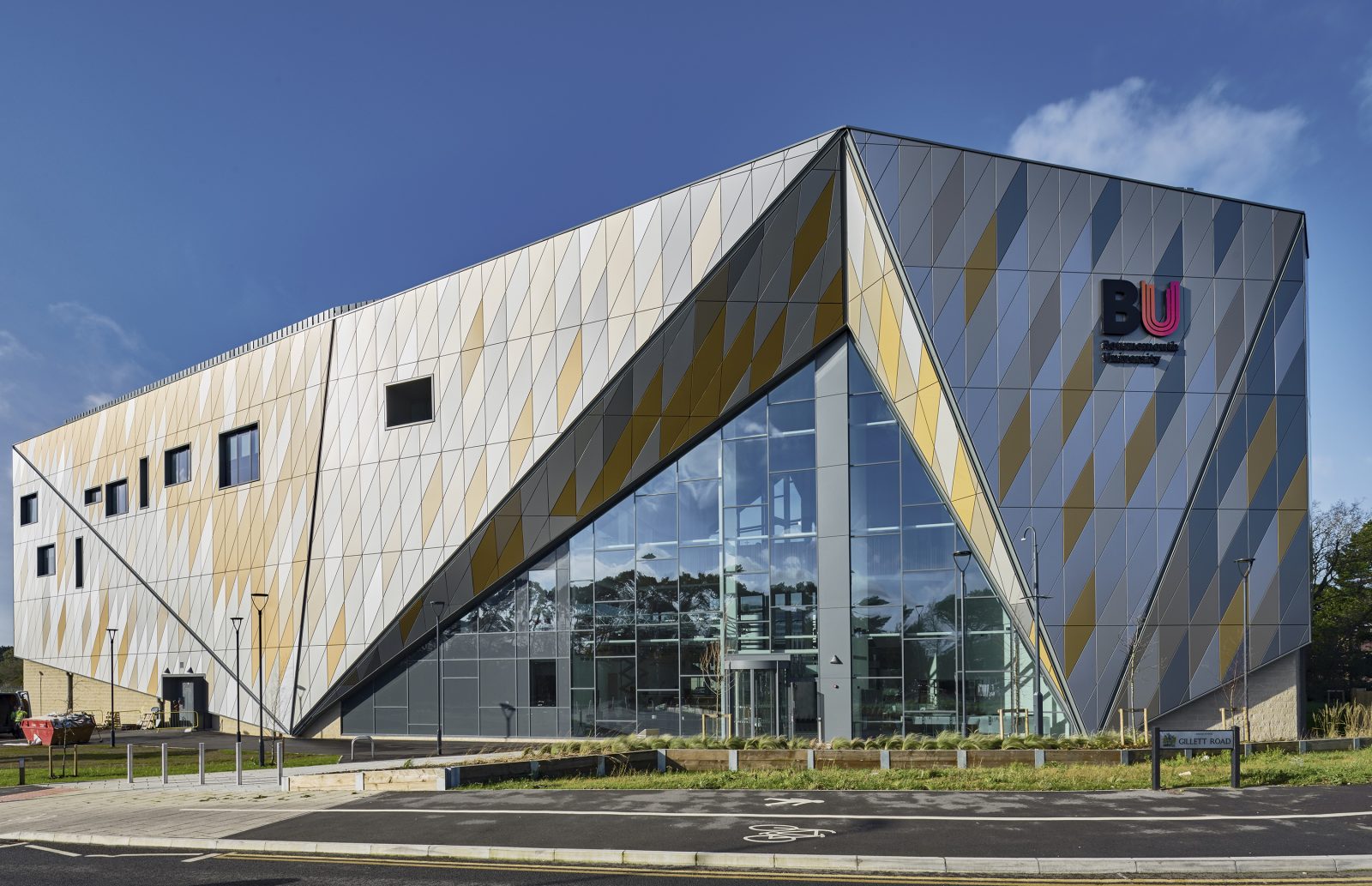 Atkins has used Kawneer’s architectural aluminium glazing systems on a building that forms a new ‘£27 million gateway’ to a leading UK university.

In addition, Kawneer’s AA541 fixed-light windows were used to create openings within both the rainscreen and masonry facades while thermally broken AA543 tilturn windows were used alongside aluminium spandrel panels as insertions to the curtain walling.

Kirsty Pesticcio, senior architect at Atkins, said: “The glazed elements have a significant impact on the building and the Kawneer products interfaced really well with the masonry and rainscreen facade.

“The triangulated gateway form was very complex in nature so we had to ensure fixings were angled with precision to tie into the structural members. Kawneer-approved installer Leay was engaged early within the design process to ensure the developing design met both our design concept and technical constraints of the products chosen.”

The building was targeting a BREEAM Excellent score so upper BRE Green Guide ratings for material specification, aligned with budgets, was important, the company said.

The Poole Gateway building is a combined technical facility for the university’s faculties of Science and Technology and Media and Communication, the latter of which houses the UK’s only recognised Centre for Excellence in Media Practice.

The two-year build by main contractor Willmott Dixon comprises a steel frame, SFS infill, and composite concrete decked floors. Although the building is primarily divided by internal stud partitions, there are many technical studio spaces that had to be designed and installed as a ‘room in room’ construction using timber frames.

Specialist sub-contractor Leay had a team of up to six on site for three winter months.

Leay’s business development manager Mike Watts said: “The main curtain wall screens are essentially large triangles. The transom locations were staggered in design in an attempt to prevent hard lines being established in the overall design.

“The transoms were set out by us to keep glass specification the same thickness on the project and also to optimise the material on the project efficiently to keep wastage down and therefore cost.

“The project was also designed to limit the amount of intermediate steelwork to make the atrium feel as open plan as possible, as well as to dead load the full screen down onto the ground-floor slab.

“We proposed the use of Kawneer products on this scheme from the outset as we knew they would represent the best value for money and also achieve the structural requirements of the scheme. Working alongside the architect from an early stage, we were able to quickly assist with mullion sizings to allow setting out to be established and avoid potential clashes at a very early stage.”

Atkins’ brief was to deliver a new gateway building on the eastern edge of the university’s Talbot Campus, which sits just inside the border between Bournemouth and Poole and would be predominantly used by students from the two faculties, providing a range of high-quality technical facilities to support undergraduate and postgraduate courses as well as research.

Kirsty Pesticcio said: “We believe the client is delighted with the overall design and how it meets the original brief of a gateway building to their campus.”

Nesta (National Endowment for Science Technology and Art) said: “Almost half of all graduates from specialist VFX [visual effects] courses who gained employment in the industry had graduated from Bournemouth University.”

Graduates have worked on Hollywood blockbusters such as Lord of the Rings, Gladiator, Gravity, Star Wars, Madagascar, and Interstellar, which won an Oscar in 2015.

The Poole Gateway building is one of three at Bournemouth University that feature Kawneer systems.

They have also been used on a £40 million new home for the Faculty of Health and Social Sciences. Again designed by Atkins, the Bournemouth Gateway Building features Kawneer’s AA100 curtain walling with feature face caps on tall atrium screens along with AA720 window vents and entrance doors and AA190 TB doors. The Kawneer systems here were installed by fellow Kawneer-approved dealer Aluminium Sashes for main contractor Kier. The Bournemouth Gateway Building is due to open in September 2020. 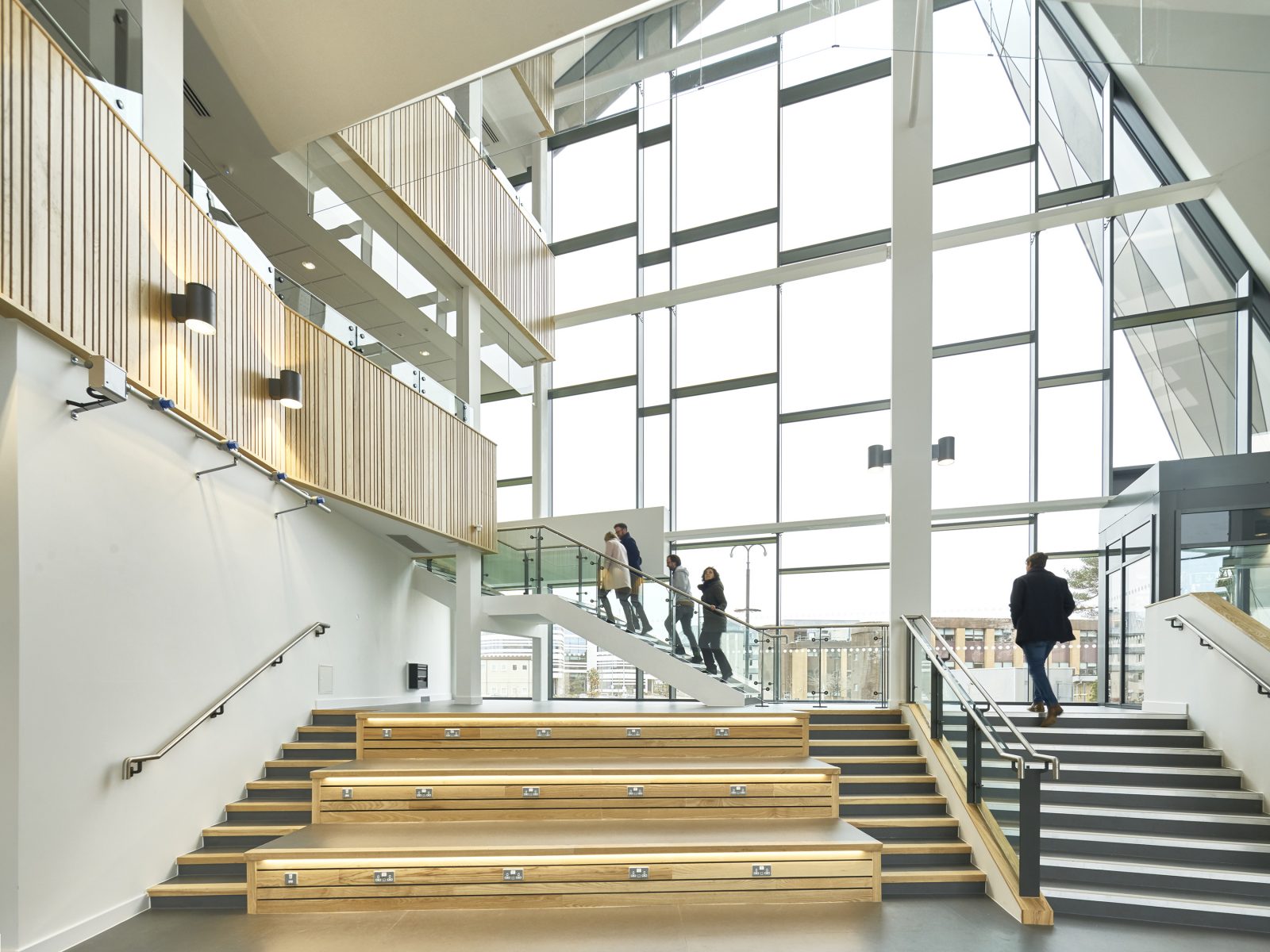 Why not subscribe to Glass Times?
Previous World’s first Passivhaus leisure centre Next Summer of 76