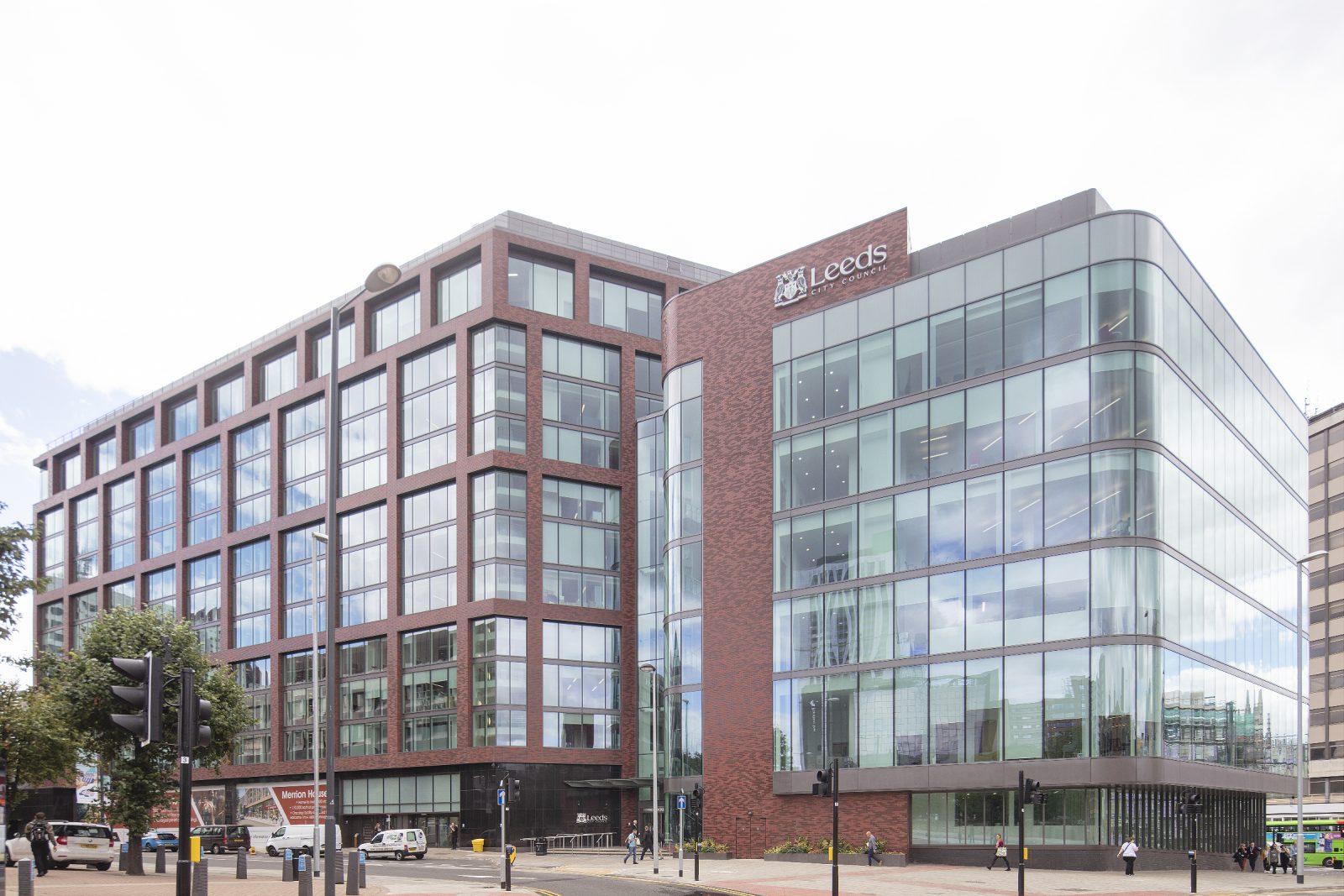 Located in Leeds city centre, the £42 million refurbishment of the 1970s office building was part of the Leeds City Council’s ‘Change in the Workplace’ strategy, designed to unite staff from multiple buildings under one roof to create a better working environment, while reducing rental costs. The refurbishment also included the creation of an additional 15,500m2 of office space in an annex building, which is linked to a new community hub – including several retail spaces on the ground floor – via an atrium.

The building was designed by architectural practice BDP and delivered by main contractor BAM Construction, while the curtain walling system was supplied and installed by specialist contractor FGS.

Developed to achieve a BREEAM Excellent rating for sustainability, BDP designed the remodelled building with a material palette that reflected the conservation areas and landmarks buildings that are within close proximity of the project. The design of the project was already acknowledged, and has been shortlisted for the 2019 Riba Yorkshire awards.

FGS proposed the use of Wictec curtain walling for the project, selecting Wicona’s Wictec 50 and Wictec 60 stick system curtain walling. Paul Rose, commercial director of FGS, said: “We proposed a robust full vertical envelope formed entirely from curtain walling, which would then be used to hang the brick slip feature beams and columns from suitably strengthened insulated panels built in to the curtain walling. This approach avoided hundreds of metres of interface compared to a more conventional approach using a steel framing system behind the cladding.

“As such we had to make sure that the cladding system chosen would be able to hold the additional load of the beams and columns. The Wictec system was strengthened to our design to carry these additional loads. A significant proportion of our work is completed using Wicona systems and we really appreciate the commercial and technical support provided by the brand.”

The adaptable Wictec systems can support a glass load of up to 5.6kN as standard. To satisfy other structural requirements Wicona can develop bespoke design solutions. 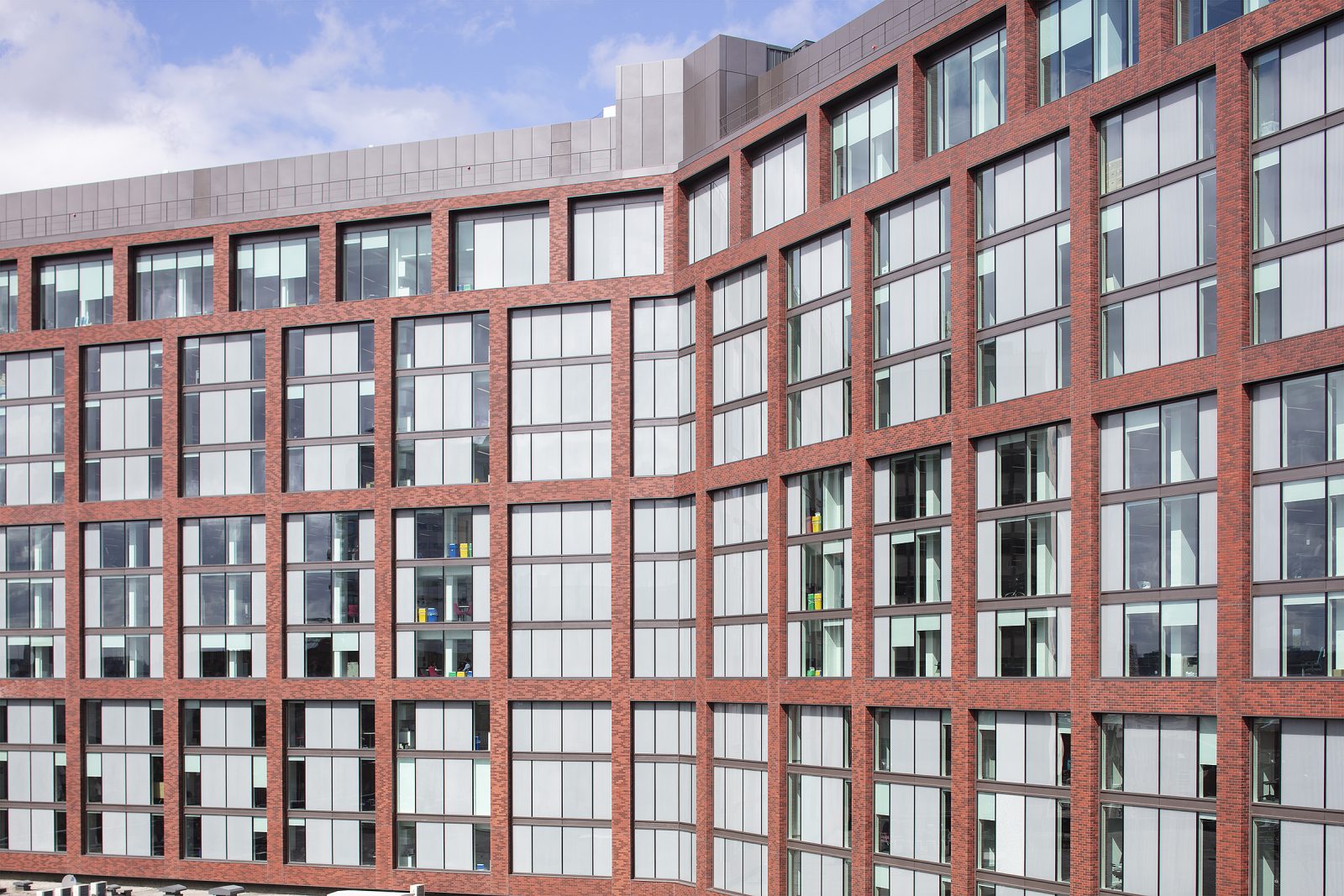