Energy savings on Isle of Dogs 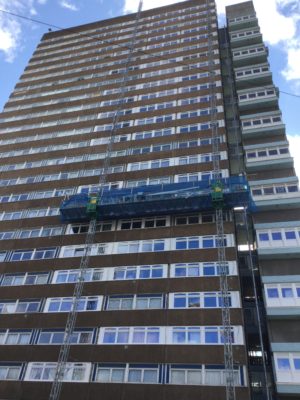 Rehau explains how it helped support a wider regeneration project on the Isle of Dogs in London.

Kelson House, owned and managed by One Housing, is located on the Isle of Dogs, and is a 25-storey purpose-built block that includes 145 two-bedroom duplex flats, and houses more than 580 residents.

Originally built in the 1960s, its location on the edge of the River Thames means it is regularly exposed to high winds, so external features such as its 20-year old windows needed to be upgraded with more resilient and weatherproof materials.

One Housing was also mindful of its own impact on the environment. It therefore wanted to ensure the 1,000 windows coming out of the building were not sent to landfill, and could instead be responsibly recycled back through the manufacturing process. 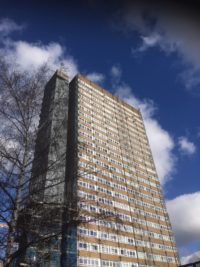 Rehau initially worked with GDS’s project manager to organise technical drawings and the specification process. Most importantly, they needed to find a solution that would improve the lives of residents through increased thermal efficiency, safety and ease of maintenance.

Improving thermal performance of the apartments was paramount to the project. Alongside having to meet Building Regulations, the Total70 solution was able to increase the thermal efficiency (U-value) of the windows by around 30% from the original, passing on significant energy savings to the residents.

Rehau was asked to include any additional fire safety features to common areas. Upgrading the windows to include automatic opening vents (AOV) meant the fire alarm system would activate the windows to open automatically in the event of a fire in the corridors or the stairwell.

Additional safety measures were introduced into the design, which included window restrictors.

The teams also had to consider weather and wind-loading classification to ensure the windows performed properly, and were structurally secure and robust.

In order to minimise disruption to residents during the replacement programme, Lawtech Group and Symphony Windows developed a mast climber scaffold system that enabled them to replace one property at a time. This also offered a safe solution with regards to working at height.

In addition, Symphony Windows was also responsible for ensuring the old window frames and glass were processed through the necessary recycling method to improve One Housing’s environmental responsibility.

“So far the project has gone really well, and we’ve already received letters of thanks from residents who have seen reductions on their energy bills,” Rasheda Yasmin, resident liaison officer at Kelson House, said. “In my job, it doesn’t get better than that.”

Kevin O’Neill, commercial manager for Rehau Windows Division, said: “We’re particularly proud to be part of such a sustainably led partnership. Recycling is something Rehau is equally passionate about having recently invested in our own £multi-million recycling plant that allows previously installed windows and doors to have their materials utilised.

“Every single company we have worked alongside is at the top of their game and have been able to deliver an astounding result for One Housing. We’re proud our windows were installed here.”