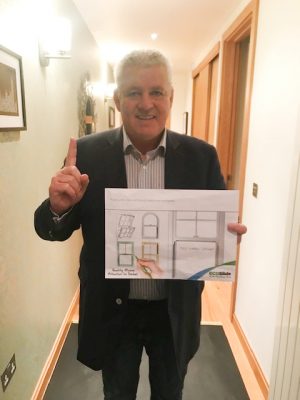 While his next appointment is taking him back to his native New Zealand, Warren is still keeping his Welsh home and it’s that property that now boasts some high-performance ECOSlide windows.

“We were absolutely delighted to work with Warren,” Victorian Sliders’group managing director Andy Jones said. “We’re a proud Welsh business, and over the last 12 years, he’s become a real hero to thousands of rugby fans throughout the region.He contacted us because he wanted windows that offered convincing vintage aesthetics without the laborious maintenance required by traditional timber products – and that were made in Wales.”

Why not subscribe to Glass Times?
Previous Expansive sealant range Next Range expanded with Halo FR