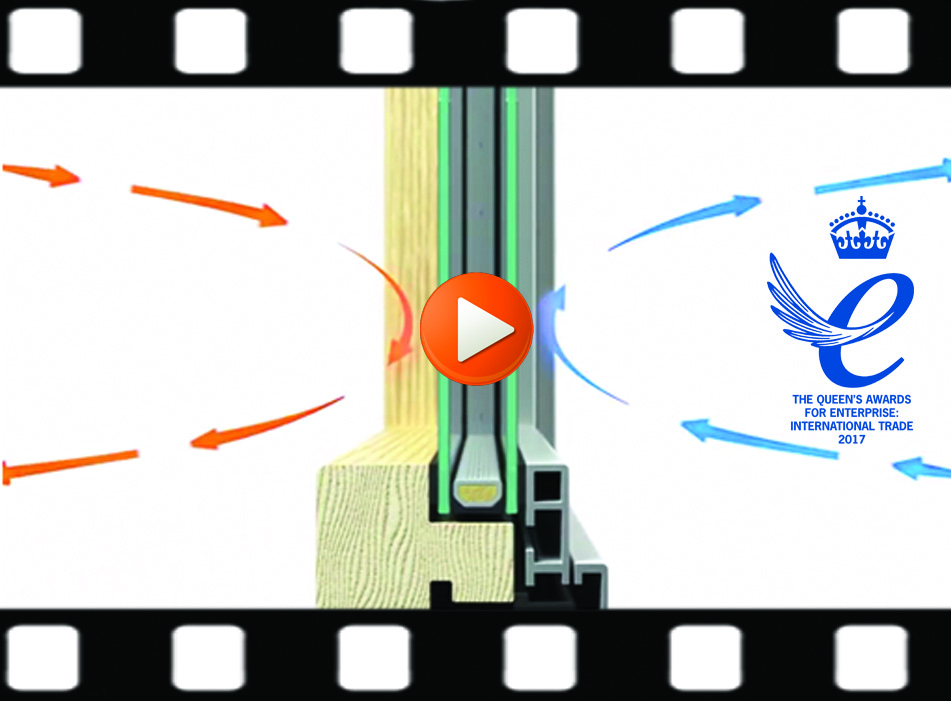 Thermoseal Group has released seven new versions of its ‘Warm Comfortable Homes’ consumer video to showcase the benefits of its Thermobar and Thermoflex warm edge spacers.

Available in English, French, German, Spanish, Italian, Polish and Chinese, it highlights the series of awards the group has been presented with in the past year including the Queen’s Award for Enterprise: International Trade 2017.
Samantha Hill, Thermoseal Group’s head of marketing and communications, said: “Starting with a warm family kitchen scene where parents are calculating their costs, ‘Warm Comfortable Homes’ zooms into a window and shows its deconstruction right back to the warm edge spacer which separates the two panes of glass in the double glazing.

“Quoting figures of how ‘warm edge glazing is up to 65% warmer at the edge’, the video then goes on to showcase the differences between Thermobar rigid tube spacer system and Thermoflex silicone rubber spacer system – both of which achieve highest thermal performance figures of 0.14W/mK and 0.135W/mK respectively. They also achieve highest passive house ratings of phA+.”

All products supplied by Thermoseal Group are proven within the Group’s own EN1279 test centre before being submitted and achieving highest-performance independent test results.