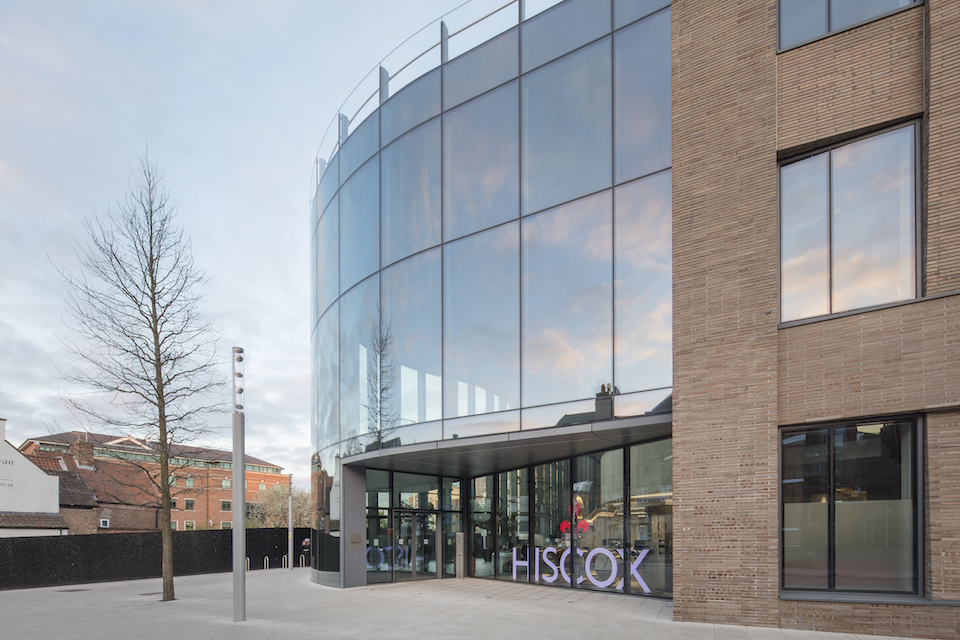 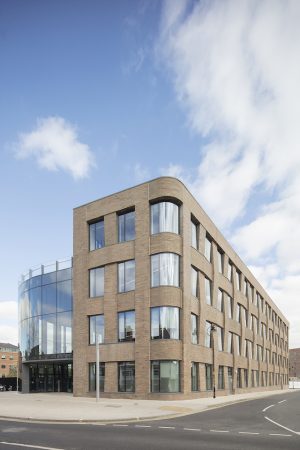 The creation of a new corporate headquarters and customer interface facility for a York based insurance company has employed systems from Wicona.

The Hiscox building in York was constructed by main contractor BAM Construction, with Make Architects in London leading the design team, while Glassolutions was the specialist fenestration sub-contractor.

Among the many impressive aspects to the property is a third floor terrace, fronting meeting rooms, where Wictec50SG sliding doors give access to the outside space and the stunning views of the historic walled city.

Such is the design freedom offered by the Wictec range that Glassolutions’ in-house team was able to work with Make Architects to create a sweeping glazed wall which includes both convex and concave forms with constantly varying faceted angles. The project team chose to use an exterior 150mm mullion, with all sections showing a RAL 7012 Basalt Grey Qualicoat Matt finish, while 47mm-thick high performance IG units deliver the thermal performance required.

Senior architect George Guest said: “The client wanted to create much more than an office building, with half of the floor area being given over to creating an atrium, while there is a lot of exposed concrete at the balcony edges and all around the interior – giving impact and creating thermal mass.”

Why not subscribe to Glass Times?
Previous Industrial look Next Private oasis