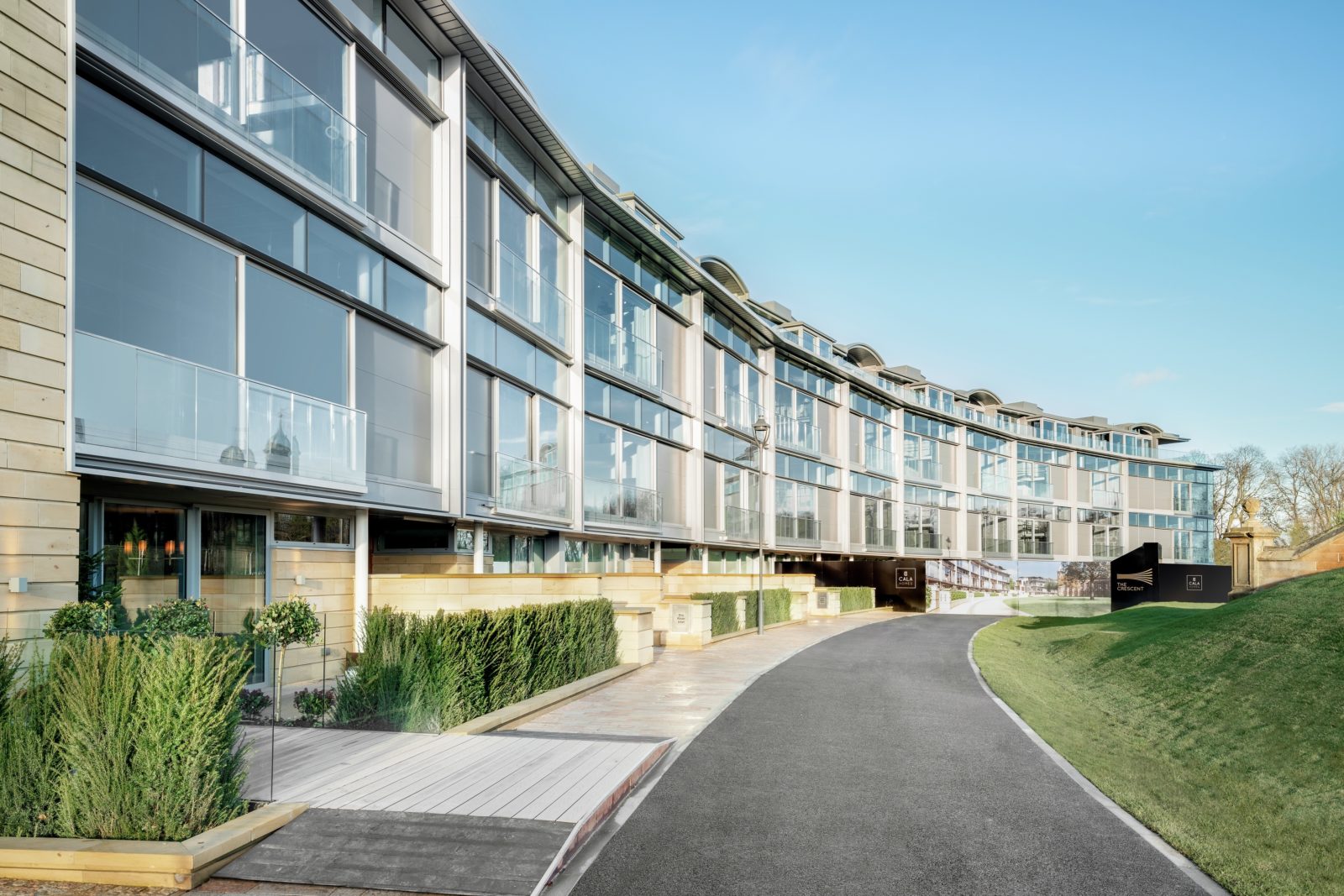 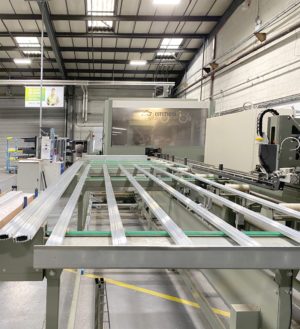 Two years on, the company says the payback on the machine is coming from the number of large-scale projects it is now winning.

Stephen Anderson, CMS facades director, said: “We were the first company in Scotland to acquire a Quadra L2 and it has definitely given us a real competitive advantage when it comes to facade projects. We can now quote for projects using bigger sections than we could have done previously and we’re building an impressive portfolio of commercial and public sector installations as a result.”

When CMS initially purchased the Emmegi Quadra L2, it had already been awarded the facade contracts at CALA Homes’ The Crescent at Donaldson’s new-build development in Edinburgh and at BAM’s Atlantic Square commercial office development in Glasgow.

The Quadra meant that the company could machine the 3m x 3m sliding doors and 300mm curtain wall sections required, and in timeframes up to 25% quicker than with its existing machine.

“The increase in capacity from the Quadra is not just about scale and volume but about throughput as well,” Stephen said. “We can now machine bigger sections up to 7.5m in length, more quickly and more accurately, and that’s proving a real selling point for both new and existing customers. We estimated payback would be within two to three years, and we are certainly on target to achieve that.”

Quadra L2 delivers levels of precision and accuracy on cuts and preps which are rarely possible on separate saws and machining centres where the profiles have to be repeatedly loaded and repositioned, Emmegi said.

The Quadra L2 can cut, machine and transom notch all in one operation and machine profiles continuously in 360° without any need to reposition the bar. It automatically adjusts for different profile sizes and even different systems, so is ideal for CMS which fabricates in profiles from a number of different suppliers.

Another positive for CMS is the minimal level of wastage from the Quadra. This comes from the fact that the machine is so easy to set up and programme that there are very few operator errors.

CMS was already a loyal Emmegi customer when the team decided to purchase the Quadra, with a factory which included an Emmegi saw, router, end milling machine and crimper. The support that Emmegi delivered on the installation and commissioning of the machine, and the follow up training it provided for operators and maintenance staff, has strengthened the relationship still further.

Emmegi (UK)’s managing director Ian Latimer said: “At CMS Facades, they have definitely led the way when it comes to leveraging the maximum commercial benefits from their Quadra investment. They are achieving payback very much in line with what we predicted for this scale of operation and are impressing customers with the quality of the output, which is really good news.”