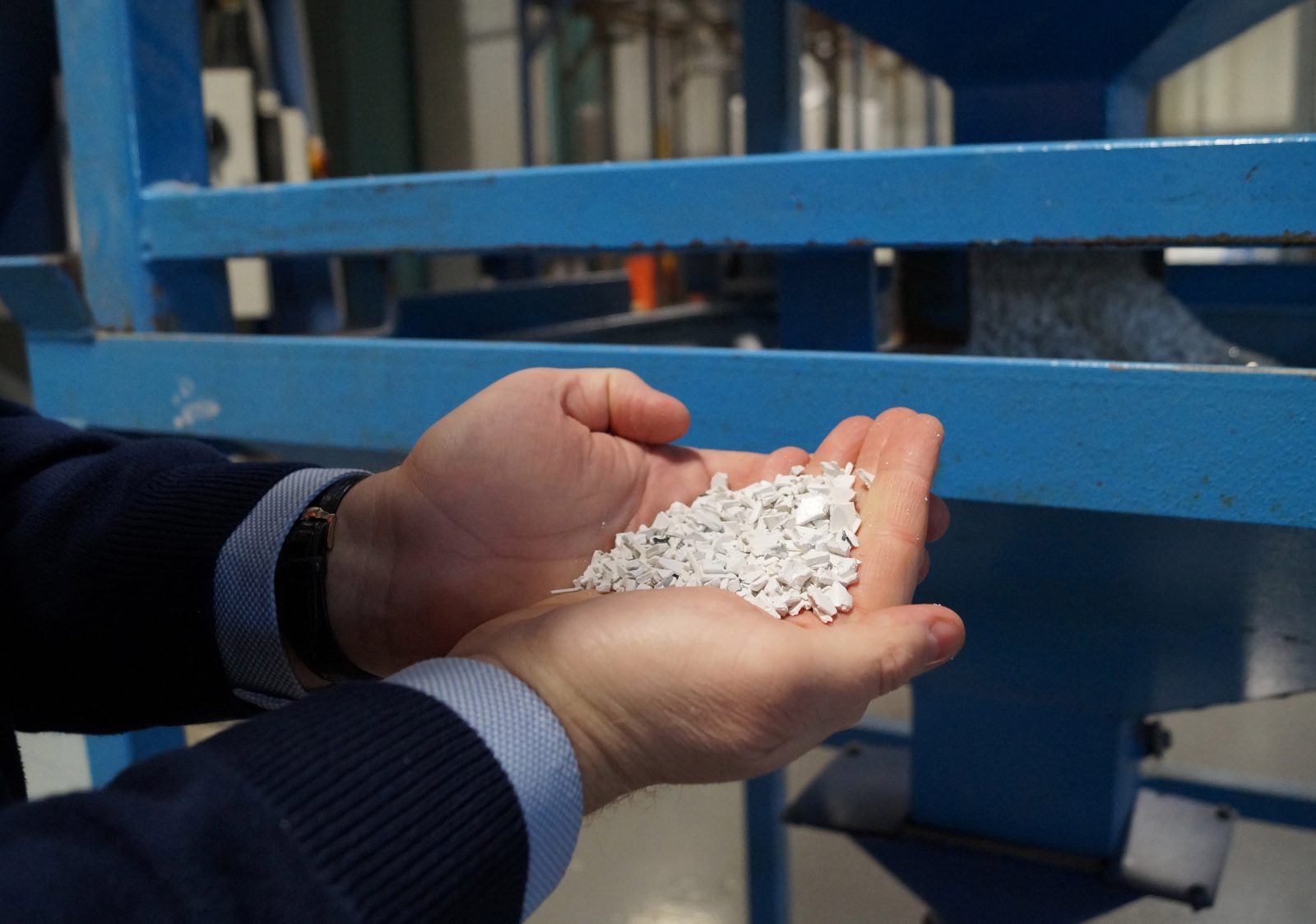 The UK has been ranked second in Europe – behind Germany – in collecting and recycling waste PVC, with a total of 137,989 tonnes recycled in 2018 across all PVC recycling formats.

Of this total, PVC window profiles accounted for 73,703 tonnes, according to latest industry figures.

The UK’s sizeable effort represents around 19% of the 739,525 tonnes of waste PVC recycled throughout Europe in 2018 – a new record high. Across Europe, window profiles and related building products accounted for 44% of the total PVC recycled.

Recovinyl, the PVC industry’s recycling scheme, was the largest contributor to this total and registered a total of 734,568 tonnes of PVC waste entirely recycled in Europe in 2018, a 15.6% increase from 2017.

In Europe, the demand for recycled rigid PVC is currently very high, indicating the potential for further strengthening collection and recycling schemes.

Recovinyl has further sharpened its certification and audit schemes to ensure maximum reliability of collected data and of recyclates traceability, both from recyclers and converters.

Over the last 12 months, two new recyclers that focus on rigid PVC have joined the UK Recovinyl network – Tecvyn in Hull and Recycling PVC in Manchester – making a total of 24 accredited recyclers across the country. Across Europe, 11 new recyclers signed up in the first half of 2019.

Richard McKinlay, head of consulting at Axion, Recovinyl’s regional representative for the UK, said: “Much of what is being collected is post-consumer material and we’re doing a really good job in the UK, but we’d like to collect and recycle even more to meet the demand. That’s why it’s important to recycle these frames, for all the right reasons.

“Fabricators have become more efficient at cutting profiles and getting more frames out of their bar lengths. As people get better at reusing offcuts or minimising off-cut material, it’s become even more important to capture more post-consumer material for recycling.”

Hinting that construction is the next sector after packaging to come under scrutiny in terms of waste, Richard said PVC’s now-established recycling infrastructure can “lead the way” in setting an example for the treatment of other waste construction materials.

“The PVC recyclers will pay for good quality material, so there’s an economic incentive for fitters, and with a recycling network across the UK, there’s an outlet; no need to throw it in a skip,” Richard said. “Everyone can do their bit to protect the environment and even the smallest installation company should look at how they can recycle and who their nearest recycler is.”

Segregating PVC frames and off-cuts is important, as this helps to maintain quality and the market value of the material.

Simon Scholes, managing director of Veka Recycling, one of the first Recovinyl recyclers in the UK, said: “Less production waste is a positive thing. As the industry has become more professional, it is getting better at collecting waste PVC and sending less to landfill. That’s helping to bring sustainability to the industry as a whole.

“The material is out there, and we can help companies of all sizes to recycle their waste PVC frames and off-cuts. People are catching onto recycling and attitudes towards this are improving. We’re going in the right direction.” 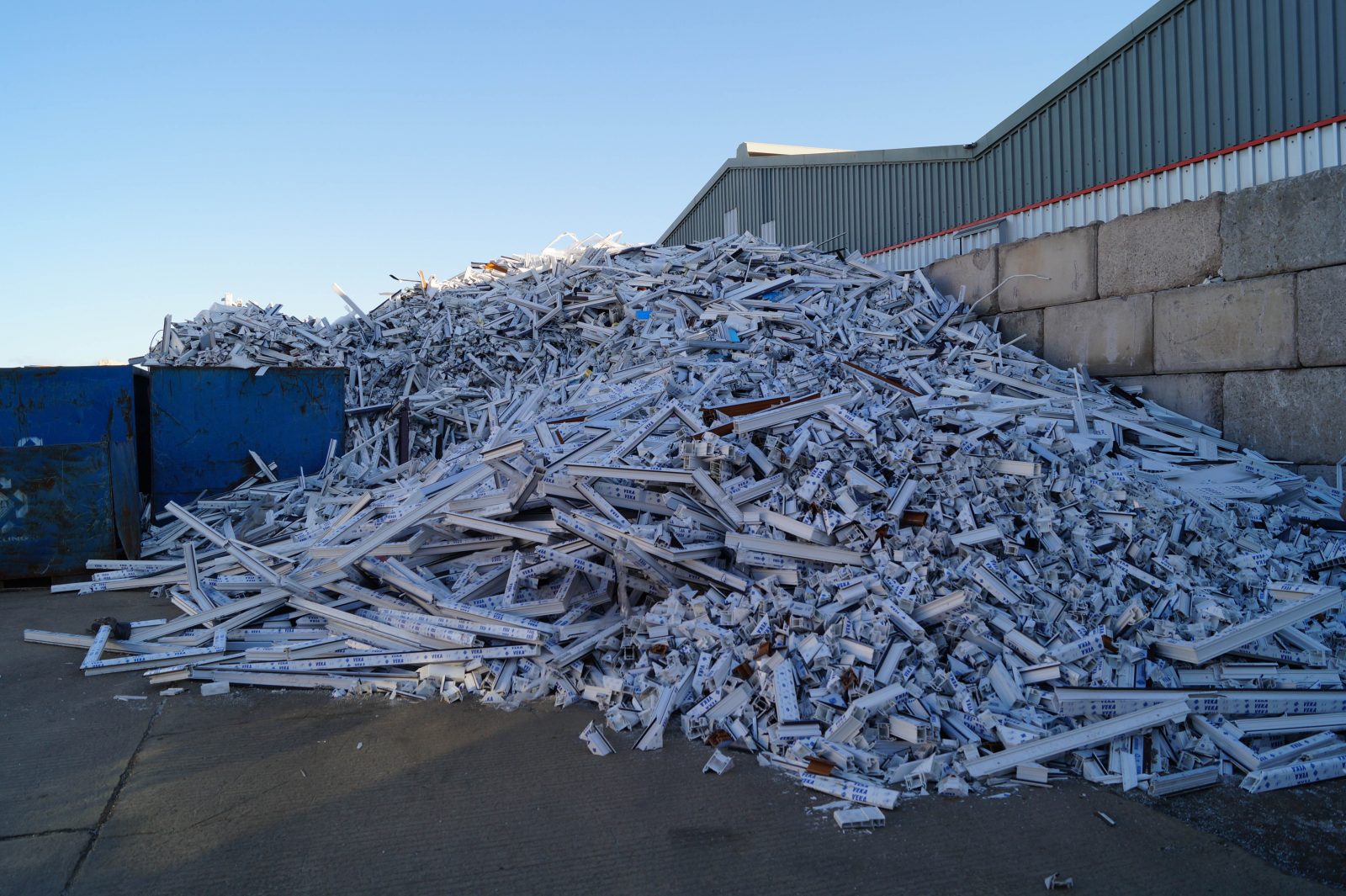 Why not subscribe to Glass Times?
Previous Showroom additions Next Unfailing duty of care