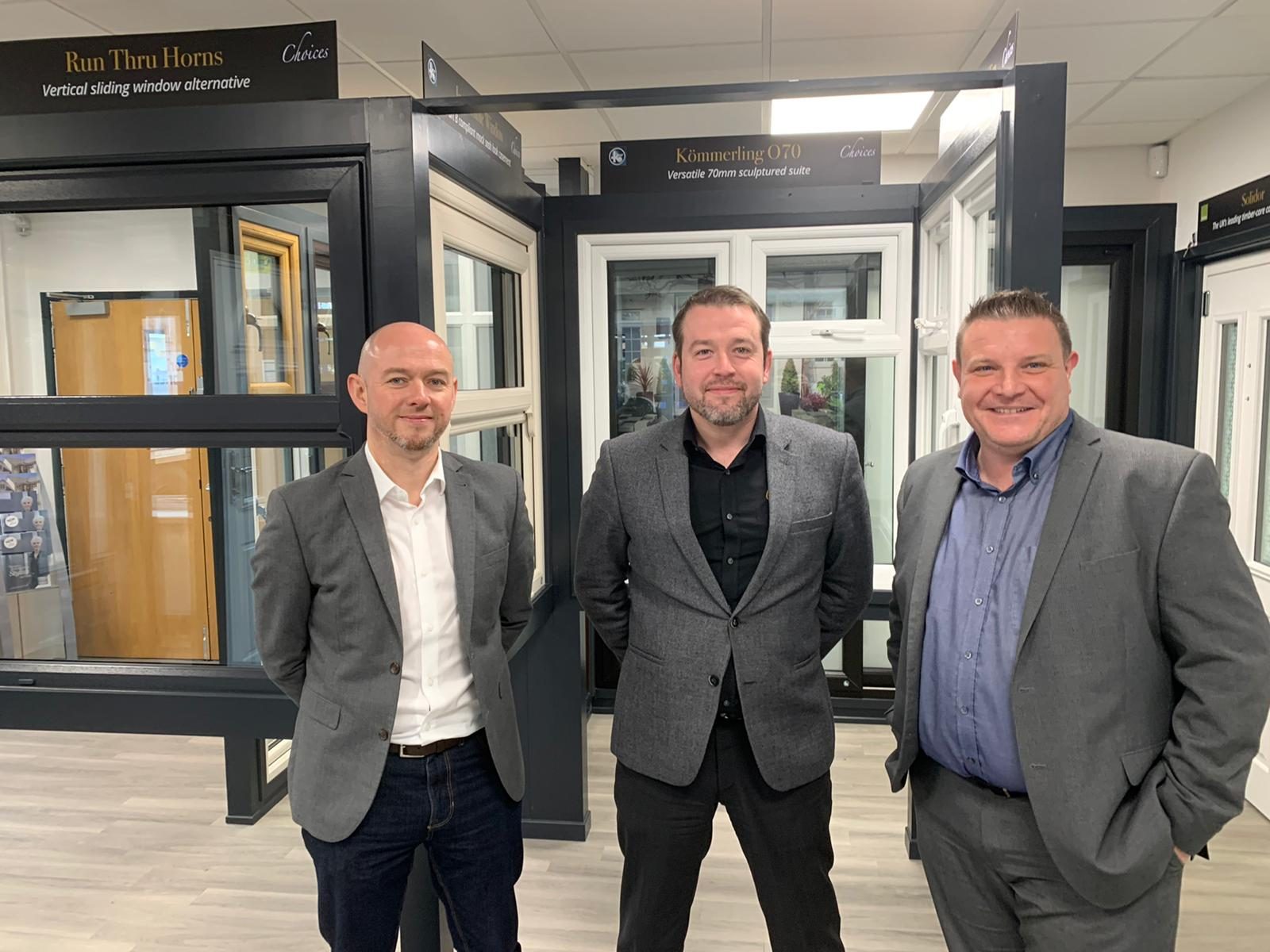 CWG Choices has signed an exclusive five-year deal with Profine UK for the supply of a wide range of Kömmerling window and door systems.

CWG’s manufacturing facility is also set for further expansion thanks to a large investment in the infrastructure and in machine capacity. Kömmerling has supplied CWG Choices with profile since July 2004.

Managing director of CWG Choices Chris Powell said: “We’re delighted to formally announce the extension of our partnership for another five years and we’re actively looking to expand our production of Kömmerling with additional investment in manufacturing technology and plant equipment. It’s a special relationship we have with Gareth and the team and we’re all looking forward to reaping the rewards of this partnership further.”

Gareth Jones, managing director of Profine UK and the Kömmerling brand, said: “We’ve had a wonderful year with the FIT Show, two industry awards, yet the signing of a five-year partnership with CWG Choices is something quite special. They’ve been the largest Kömmerling fabricator in the UK for some years now and with the additional investment they’ve got the opportunity to build on this and we’re delighted to support them further with this partnership.”

Why not subscribe to Glass Times?
Previous Quick build partner Next Showroom additions