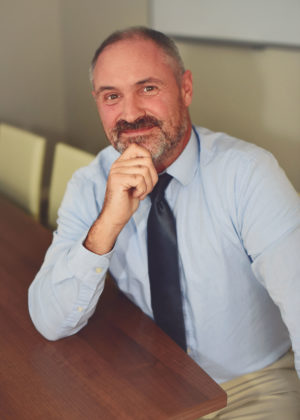 External timber look (ETL) manufacturing techniques have been employed by Quickslide in pursuit of the ultimate authentic heritage window, as the company’s owner Adrian Barraclough explains.

Locked-down owners of heritage homes with too much time on their hands will have discovered a new acronym that has become the latest box to be ticked in their pursuit of authenticity for their homes: ETL, or external window look.

Owners of heritage properties are far more inclined towards the pursuit of authenticity than the average homeowner. In fact, the near obsession with authenticity that energises such customers is a key driver for replacement box-sash windows and flush sash frames for the past 15 years.

We spend a great deal of time researching the details of genuine box sash and flush sash windows, because we know that owners of such houses do the same. The reality is that many would choose timber replacements in the pursuit of authenticity, but they are expensive and, for the majority of the owners of such properties, they are unaffordable.

And we have developed vertical sliders manufactured in modern materials that are virtually indistinguishable from the originals that might have been fitted to these homes, and which bring modern levels of performance that are otherwise unachievable.

Quickslide has continually invested in the latest frame manufacturing technology to bring heritage authenticity to the owners of such homes, and the achievement of ETL represents the latest sum spent.

We are manufacturing windows to replicate the frames originally installed in period homes. But the manufacturing techniques used for PVCU are quite different from timber.

ETL externally uses the appearance of 90° butt corner joints to replicate traditional joiner-made timber windows. Underneath, however, is still a 45º cut. This design is crafted using a series of dedicated machines with various milling processes to turn out a strongly welded joint internally and a beautiful mechanical joint externally. Coupled with realistic wood grain effects and the flush frame finish, these windows offer a true modern alternative to timber windows.

The capability to produce ETL joints was the result of Quickslide’s continuous research and development programme, which includes the adaption of existing production facilities as well as investment in new technology. All of which is designed to allow Quickslide to precisely emulate traditional, heritage window styles.

There is some irony in the amount of money and effort that we have invested in the pursuit of producing historically accurate replacement windows. Authenticity costs money and time to get right, and we must not only produce authentic looking windows, but windows that also perform to the highest standards of thermal efficiency and security, quickly and with consistently faultless quality.

Our latest investment took the form of an £800,000 state-of-the-art Schirmer CNC, which was commissioned two weeks before the country went into lockdown. But despite the angst that sitting on such a piece of kit caused at the time, the Schirmer has been a most valuable asset in the post-lockdown boom.

Which of course has included demand for windows that feature ETL joints from exceedingly well-versed owners of heritage homes.

I am always amazed at how well-informed homeowners are these days, and especially those with genuine period homes, and relatively modest properties. They are the customers that we serve the most effectively; those who demand the highest quality and pay greatest attention to detail.