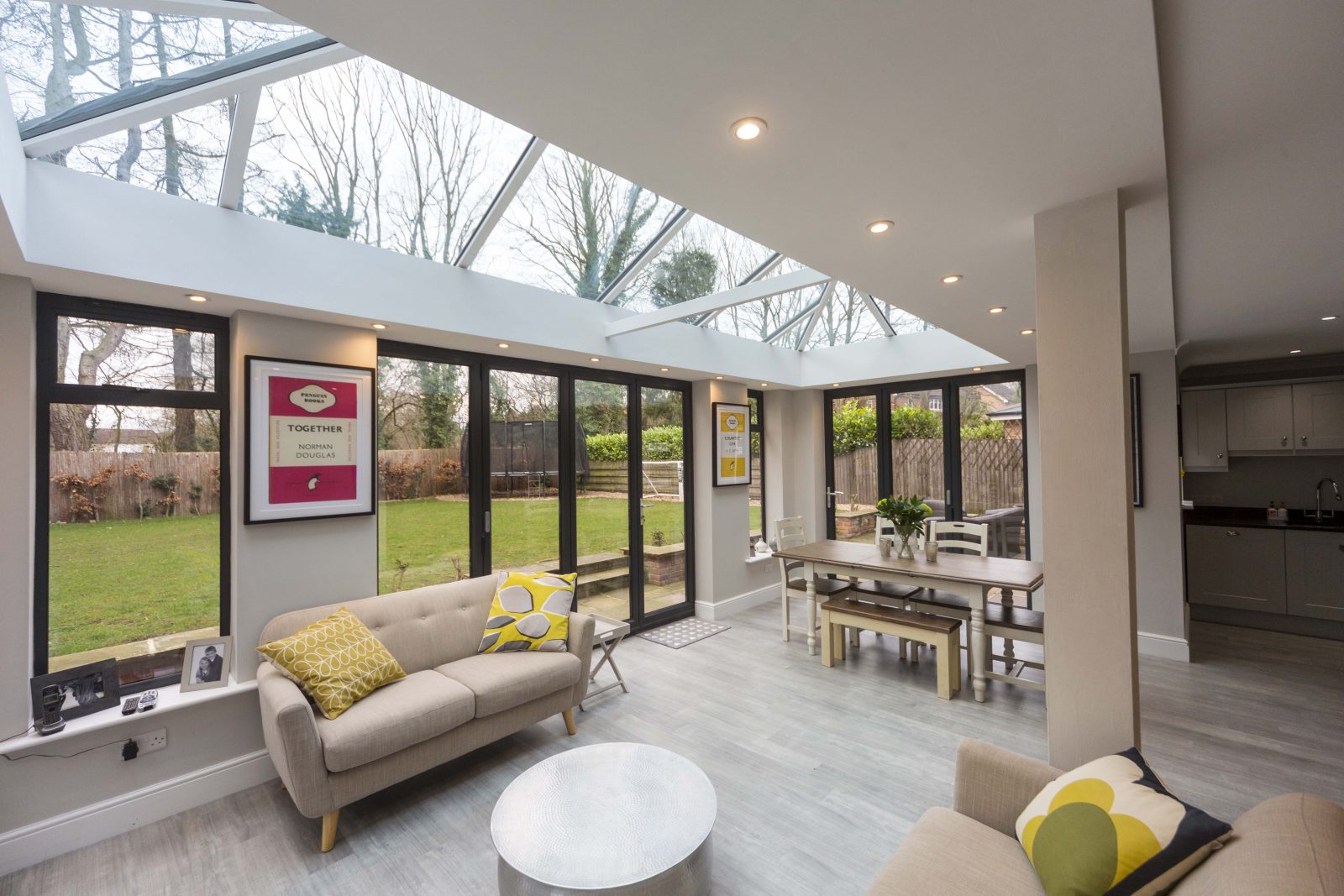 Glass Times editor Nathan Bushell visited Ultraframe in Clitheroe to talk about new products and market opportunities. However, the overriding theme of the day was how the company works with its customers to manage a difficult marketplace.

While Ultraframe is something of a serial innovator when it comes to conservatories and the home’s extended living space, it is fair to say that the company’s focus over the last six years or so has been about rebranding.

Having met CEO Julian Slade, marketing director Alex Hewitt, design and development director Andrew Thomson, head of marketing Andrew Parmeter, and PR manager Rebecca Clegg, the company that is portrayed is a forward-thinking one with its eye on emerging and developing markets.

However, since Ultraframe was arguably the biggest influence on the conservatory market in the sector’s heyday, it is perhaps not surprising that its brand is a difficult one to change.

“I meet many people who have impressions of the company that were based on 20 years ago,” Julian said. “The way we work has changed a lot since then. For example, we are a very collaborative with our customers, working with them much earlier on in the design process to ensure we get our product designs right.”

Interestingly, Ultraframe’s brand is tied up with the wider perception of the industry. For example, if people are buying more extensions, then perhaps it isn’t wise to brand yourself simply as a conservatory company?

In a marketing pack handed to Glass Times by Rebecca Clegg, the term ‘conservatory’ only appeared on four of the front covers of the seven main brochures, and even then they were accompanied by other descriptive terms, such as ‘orangery’, ‘replacement roofs’, and ‘extensions’.

The reason for this is appears a little contradictory, but totally in keeping with the modern view of a glass extension, according to Alex Hewitt.

“Homeowners’ perceptions of the glass extension on the back of the house is changing,” she said. “We’ve carried out a lot of research into consumers’ buying habits, and we’ve found that the term ‘conservatory’ doesn’t match their dream extension – even if, for all intents and purposes, it is still a conservatory.”

This, Alex said, is reflected in the analysis of Google search words.

Retail companies may be replacing the term ‘conservatory’ (afraid that it conjures up images of cheap old-fashioned installations on to the back of houses) for ‘new living space’, ‘orangery’ or ‘glazed extension’, importantly though, ‘conservatory’ still ranks high on Google.

“This is because consumers are using it alongside other terms such as ‘bifold door’ or ‘solid roof’,” Alex said. “The fact is, we all know what a conservatory is – your magazine has a conservatory feature every other month, even though it includes everything connected to a single-storey extension.”

From a marketing point of view, Ultraframe is supporting its customers in capitalising on these changing trends by helping them to optimise their websites, and streamline their marketing to attract the new generation of homeowners.

In a wide-ranging discussion (which in itself highlighted the sometimes fractured view of the conservatory industry) Alex explained how customers are increasingly using voice search, which puts different demands on search engines than typed instructions.

“If a someone says ‘Alexa, take me to the nearest conservatory showroom’, your website needs to be set up in such a way that it is pushed to the top of the listings, and then tells the search engine which address to send them to,” Alex said. “It’s actually a straightforward process to set up, but lots of companies still haven’t done it.”

Rather than rebranding the conservatory, Ultraframe is instead learning about consumers’ perceptions and working with its customers to provide homeowners with what they want, and need.

“Homeowners are bombarded with influences from several different sources,” Alex said. “You have: TV programmes like Grand Designs and Escape to the Country; magazines like House and Garden, and Self Build and Design; and numerous social media channels that include Pinterest, Houzz, and Instagram. And that has an impact on perception.”

On the wall of Ultraframe’s boardroom is a chart that has 12 pictures of that structure you build on the back of your house: three of a conservatory; three of an orangery; three of a replacement roof; and three of an extension.

Pointing to it, Alex said: “The fact is, a performance conservatory is no different to a contemporary orangery, and the roof on our replacement roof is the same one we use on an extension. It’s just that people have different ideas about what a conservatory is, and we need to make sure our customers can meet those needs.”

Despite the changing lexicon of roofs, people arguably need that extra living space now more than ever.

“There are lots of reasons why people are choosing to extend their properties rather than move,” Julian said. “For example: it’s too expensive to move to a bigger property; children can’t afford to move out; and as we live longer, we are looking after elderly relatives at home.

“From a home improvement company’s point of view, these are all opportunities for growth, and they should be able to cater for them.”

Julian also said that while there was a clear trend for single storey extensions and complex orangery-style conservatories, it was important that Ultraframe customers don’t enter those markets at the expense of the core conservatory market.

“Modern conservatories out-perform similar structures of, say, ten years ago, and it’s important homeowners are aware of the performance they now offer,” he said. “If installers turn their backs on those in favour of more complex builds, they could find themselves facing a difficult market because their pricing structure may not take into account the added costs associated with longer builds.”

One particular phrase you’ll read and hear often in connection with Ultraframe is ‘letting in more light’ and it is this marketing angle that Ultraframe is using to encourage its customers to win more business from traditional built extensions.

“We’ve seen many examples where extensions have been built that need the lighting on during the day because they haven’t included enough glass, either in the walls or in the roof,” Alex said. “Conservatory companies typically understand this more than builders do.”

It is this approach to the underpins Ultraframe’s marketing support for its customers, along with Julian’s assertion that he wants to “supercharge their businesses”.

“We encourage retail companies to think about their brand from a homeowner point of view,” he said, “home improvement rather than just windows and doors.”

While Ultraframe helps its customers optimise their websites, the conservatory company’s own website contains many tools to help the sales process, such as a virtual reality app that lets the homeowner take a virtual tour of their property with Ultraframe products.

These are in addition to a WhatsApp service that connects installers with technical support. Here, photos of installations can be shared, and help can come immediately rather than waiting for someone to come out.

This has recently evolved into Cuckoo, an online marketing service that allows Ultraframe customers to create a wide range of personalised marketing collateral – including the capability to send bulk emails – all at the click of a button.

Andrew Parmenter said: “Successful marketing is often based on the principle of ensuring that your target audience repeatedly hears a consistent message to build your brand and deliver results – similar to the repeated call of the cuckoo – hence the name.

“We’ve developed our new system to help our customers do just that in a quick, easy and cost-effective way. Using Cuckoo, Ultraframe customers can create everything from personalised e-shots through to comprehensive joined-up marketing campaigns.”

During the meeting, Glass Times got a real insight into the product design process – including some exciting developments that will be launched later in the year. However, despite the marketing support, and the repositioning as a home improvement company, Ultraframe has never lost sight of its heritage, and the fact that a conservatory is still a high selling product today and often the best choice.

Ultraframe has carried out consumer research to understand the key trends that are driving home improvement projects.

Key findings were that while the over-riding driver behind such projects is the need for additional space, the desire for the type of space has evolved, with open-plan living continuing to grow in popularity. Many consumers also favour conservatories that are more akin to an extension, using a range of conservatory roofing systems as well as lantern and skylight products to achieve this look.

Explaining more about the latest trends in home improvements, Ultraframe marketing director Alex Hewitt said: “There are several million conservatories currently installed onto UK housing stock, and the majority of the early ones are the stereotypical white box that our sector was borne from. Over recent years, the development in solid and tiled roof systems such as our Livinroof and Ultraroof products has seen the market for conservatories and extensions converge as conservatories can now be as thermally efficient as extensions.

“As consumers are favouring new living spaces that have a more extension and room-like feel to them, we have also seen our glazed systems such as Classic and Ultrasky being used in new and exciting ways. For example, combining the industry’s longest established conservatory roof – Classic – with our internal pelmet and an external cornice, gives a look both internally and externally that is more like an orangery or even an extension.

“Our installers have evolved with the market and are becoming more and more creative in the ways that they use our systems to satisfy current market trends.”

Another trend that continues to grow in popularity is the flat roof extension – largely inspired by programmes such as Grand Designs. Ultraframe has closely followed this trend and has seen sales of its flat skylight and lantern products soar as they are fitted into these contemporary spaces.

“While there is still a market for the traditional conservatory, we are seeing consumers becoming braver in their choices, and adding structures to their home that use our products either as part of an extension or to create a modern take on the conservatory,” Alex said. “In line with this, many of our systems now offer the looks and performance of an extension, yet are created from systems which are well within the skill set of any conservatory installer to build, opening up this growing extension market to our customers.

“Our next challenge is to ensure that consumers understand that they don’t need to turn to their local builder for a home extension – their local conservatory installer is just as capable, if not more.

“Changing consumer mindsets is a tall order and so we are working with many of our customers to help them rebrand and reposition themselves as home improvement companies as opposed to window/door/conservatory companies. We feel that this subtle change is a key way for them to take advantage of the latest market trends and we aim to help our customers do just that.” 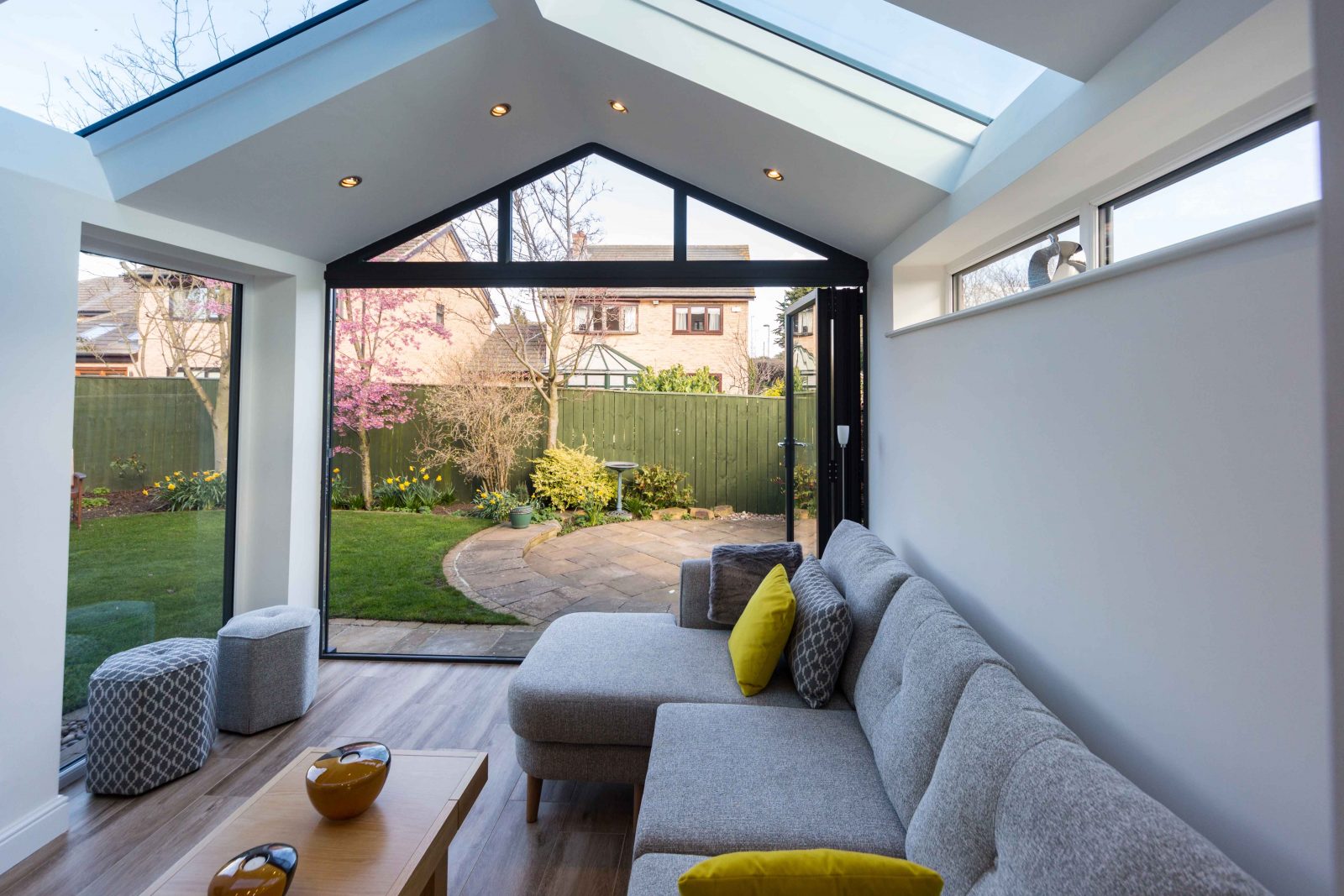 Why not subscribe to Glass Times?
Previous Supercharge your social media Next Do you need a DSLR?