Is timber the only choice?

Home Featured Articles Fabricators Articles Is timber the only choice? 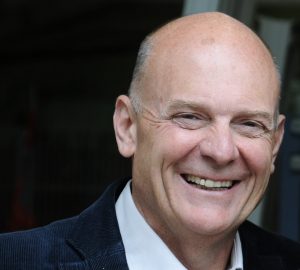 “I live in an area where there is a large number of traditional homes featuring box sash vertical sliding windows. I have installed a few and know there is a big demand but there seems to be a barrier against anything other than timber frames, from homeowners and the local authority. Any suggestions? KB Gloucestershire.

Although attitudes have moved on, and the market for replacement box sash, vertical sliding windows in PVCU is well established now, there are still some barriers.

However, much depends upon the type of property. Let’s dispense with Grade 1 and 2 listed because you will not get permission to install anything other than original spec timber in these and, to be honest, neither should you; I believe they should be preserved as authentically as possible.

However, there are millions of homes that are fitted with box sashes that individually do not have architectural significance as such, although collectively their location may be regarded as a ‘conservation area’ and will be under the watchful eye of the local authority.

Crucially many owners will be keen to preserve the appearance of their homes. However, they may also be faced with old timber frames that were draughty and cold when installed and which have long given up the ghost. Many of these people put up with the discomfort and high heating bills because they believe the only option is to replace like-for-like at huge expense. These are the people you are most likely to be able to help.

However, while a thriving market now exists for PVCU vertical sliding sash windows, there remains a great deal of ignorance about the acceptability of non-timber replacement, not just among homeowners but also local authority planners, which fails the people they are supposed to serve.

From your location I guess that you are in an especially sensitive area architecturally but there will be many homes I am certain that can be installed with modern VS windows. First, you must make it your responsibility to understand the attitudes of the local authority towards conservation.

When you are comfortable with the locations in which PVCU replacements may be installed, your next job is to convince the homeowners themselves. I find the response to the latest VS windows is typically: “I would never have guessed they weren’t timber.” and then “how much?!” when they learn how much cheaper these frames are than the timber alternatives.

After you have done your homework, why not take over the local village hall and stage an exhibition, perhaps in combination with suppliers of complementary home improvement products, and with the backing of your principle frame supplier, and invite the locals?

Why not subscribe to Glass Times?
Previous 3 is the magic number Next Lamination capability added