Too hot? Too cold? Just right 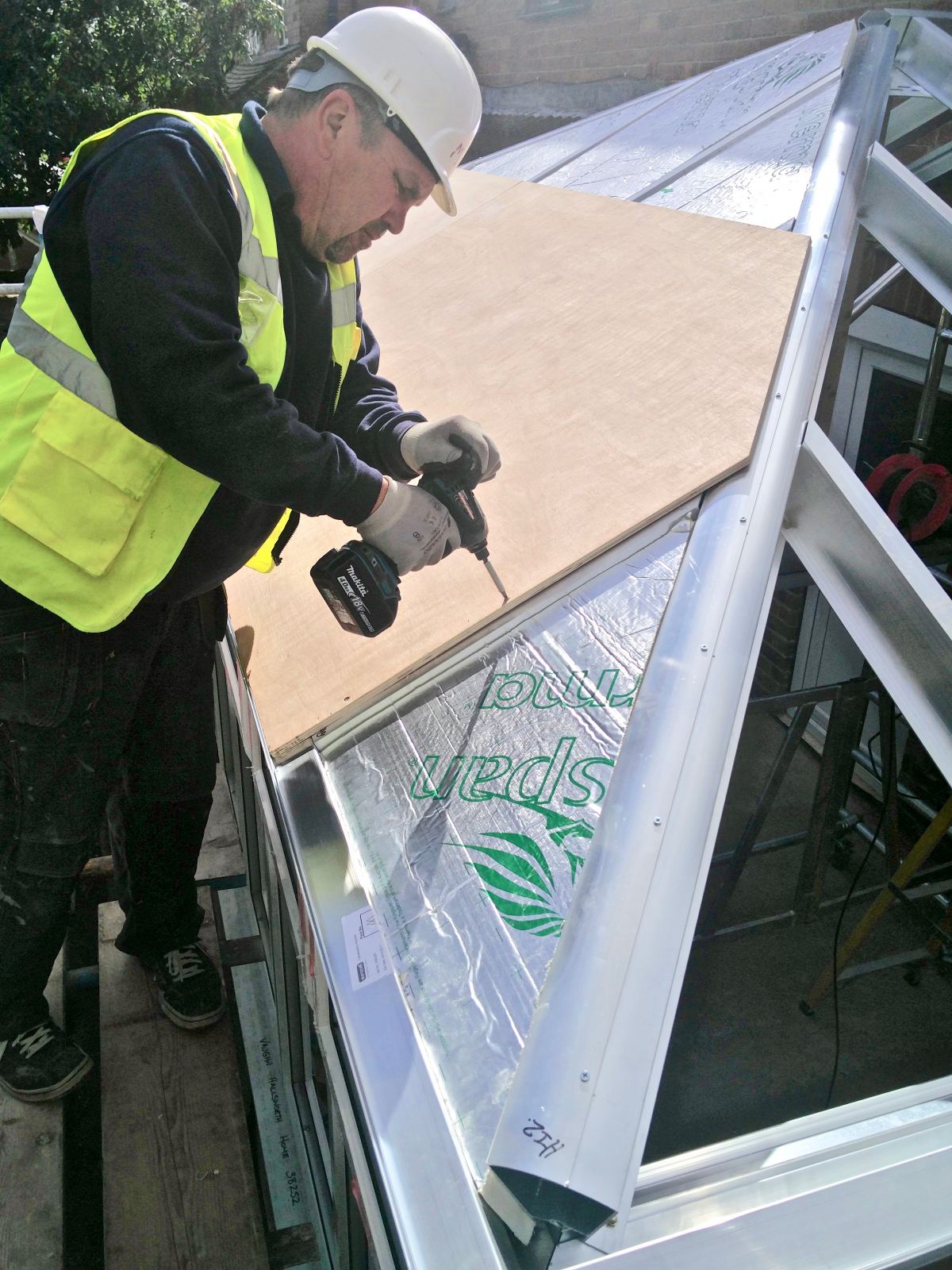 MD of Certass Jason Clemmit talks about giving installation companies a way to differentiate themselves when fitting warm roofs.

In terms of energy performance, the industry is very professional when it comes to installing windows and doors. However, it’s not been so good when it comes to the energy performance of conservatories; there are thousands of conservatories fitted throughout the UK, and many of them are unused and unloved most of the year because they are too hot in the summer and too cold in the winter.

The industry has responded with products that tackle the energy performance issues: remove the old roof and replace it with a warm roof, which is a solid roof that can be used to replace polycarbonate or glass in conservatories. There are several systems on the market and they’re all being offered as a retrofit product for underperforming conservatories. They can be specified on a new conservatory project too, but we know the majority are replacement roofs.

Demand for warm roofs increased massively in 2017, and it looks likely that this trend will continue. Looking through the trade press, local papers, and on social media, there’s a lot of investment in marketing them to installers and consumers alike.

But how do installers know that the system will perform? If it doesn’t, it’s the installer that can end up carrying the can. Putting a structure around the product and installation gives extra protection to installers, and adds professionalism.

Effectively, that means that while some components are required to perform to particular standards, conservatories as a whole don’t have standards to adhere to.

There are key factors that need addressing in the installation of warm roofs.

Energy efficiency is the one that’s top of the list for homeowners looking to use their conservatory 365 days a year. That means preventing overheating in hotter months, and retaining heat in the winter. Warm roofs include insulation that resolves these issues. However, the roof also needs ventilation because it’s vital that condensation doesn’t get trapped inside the conservatory.

The second is the strength of the structure. A conservatory that’s designed for a polycarbonate roof may well require extra strengthening to take the weight of a warm roof. Long term, this could cause massive problems for homeowners as the roof or windows underneath could fail. Installers not taking the proper precautions could be sitting on a ticking time bomb of future service calls and claims against their guarantees.

Perhaps the biggest elephant in the room is how to prove to homeowners that this time their conservatory is going to be fit for purpose even on the hottest and coldest of days. Often, they were told exactly this when they were sold it the first time. The Certass CQ Assured Conservatories and Conservatory Warm Roof Scheme helps resolve this problem for installers. It’s an independent certification scheme. It’s the only scheme that covers the installation of conservatories and conservatory warm roofs and includes a two-year insurance-backed workmanship warranty.

It offers homeowners the reassurance they want for the complete conservatory. Members of the scheme sign up to a consumer code, and they have to provide testimonials from previous work. Their workmanship is checked against industry standards and checks are carried out on a sample of their on-site installations. Members are only certified once they have proved they are competent.

Homeowners get a certificate of conformity along with the two-year insurance-backed workmanship warranty, which protects them if the installation company is unable to meet its workmanship guarantee obligations. We also offer dispute resolution and access to competitive finance is a big perk for scheme members.
Installation companies can join the conservatories and conservatory warm roof scheme only, or add it to any other Certass schemes.

We’re seeing the numbers of installations registered on the scheme grow. Feedback from our customers is that it gives an extra level of assurance to homeowners and plays a part in winning new business. We believe that members of the Certass CQ Assured Conservatories and Conservatory Warm Roof Scheme will be best placed to meet the professional demands of homeowners as more choose to have warm roofs installed.

Why not subscribe to Glass Times?
Previous The new driver in bifold doors? Next Sustainable energy efficiency