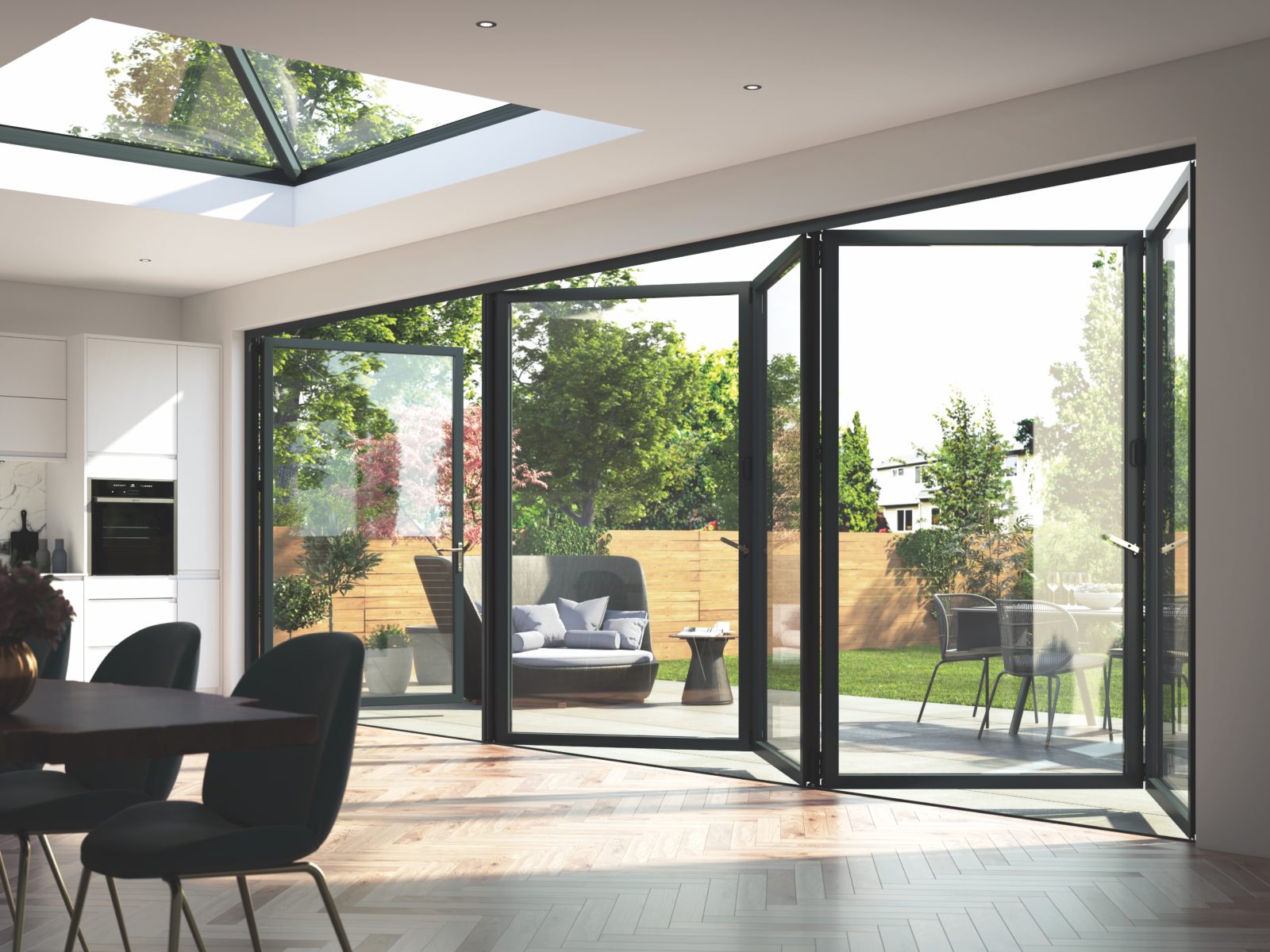 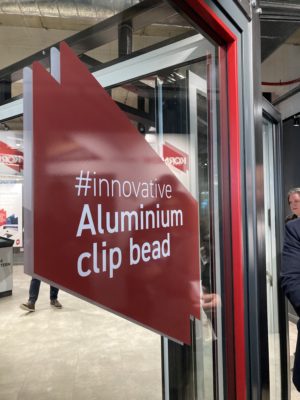 Made for Trade’s growth over the last eight years has been phenomenal, accelerating significantly from 2016 when it made the decision to stop retail sales and installations so that it could concentrate fully on B2B operations.

Six years ago, the company was turning over £8.3m from a product line-up that included the Global Roof, Smart’s Visofold bi-fold and the in-house developed Korniche lantern.

A year later, spurred on by the launch of Korniche, turnover was up to £12.4m and 12 months later, it had passed £19m and was now employing 122 staff. It was at this point that Made For Trade began looking into building on the Korniche brand with the introduction of a new bi-fold.

That has been accompanied by a move to an impressive new HQ in Billingham, near Stockton-on-Tees, previously owned by Samsung, which has been completely re-fitted to suit MFTs requirements. That includes facilities such as a gym, canteen, modern offices and break-out rooms as well as cavernous warehousing (all of which will be needed) and – perhaps most importantly – the space to cater for MFT’s most vital asset, its R&D department.

That fact that MFT has put aside so much space for its design team is significant and is a reflection of the engineering ‘heart’ of the business. Bradley Gaunt (managing director), and his brother Ashley (technical director) both have an engineering background – as does business director, Chris Wann.

It was Bradley that first demonstrated to me, not long before this sustained upturn in growth – and at a premises that was a far cry from its current offices – a prototype of the Korniche roof lantern.

Developed from a blank piece of paper, the Korniche lantern had been designed not only to look great and perform brilliantly, but also to be easy to assemble and install.

Having constructed a Korniche lantern myself on the MFT stand at the 2019 FIT Show, against the clock as part of a promotional trade media challenge, it’s safe to say that the product is pretty much ‘idiot proof’.

Not only is it quick and simple to put together, but it looks sensational even in kit form – if Apple made a roof lantern, you’d be treated to a very similar experience when un-packing it!

And it is this ‘engineered to inspire’ ethos that has been replicated in the new Korniche bi-fold, a product that boasts a number of unique and innovative features that are designed to make it just as appealing to installers as it is to consumers.

The Korniche bi-fold features a patented clip-in internal glazing bead that has been designed to dramatically improve ease and speed of installation. Using an outer section of aluminium to match the sash, it takes just a matter of seconds to ‘clip’ each glass unit into place. And thanks to a handy de-glazing tool, installers can quickly remove the glass unit as well if further adjustment is needed or if a unit is damaged and needs to be replaced – and without running the risk of damaging the bead or sash.

Korniche comes with PAS24 as standard on laminated glass options and with a Yale 3 Star barrel and multi-point FUHR locking. It also features a clever, articulated rolling assembly and stainless steel roller bearings, that allows the door loading to be equally distributed along the rails. This ensures an ultra-smooth operation and a quality feel for end users.

Configuration allows either a standard threshold or a rebated integrated cill with a low 52mm stepover height, whilst build options allow sashes up to 1.25m, systems up to 6.5m width and 2.5m height, and between one and seven sashes in total.

All are in multiple configurations of stacking and direction, whilst frame and doors are available in white, grey, black or dual colour for a striking contrast, plus any BS or RAL colours in matt, satin or gloss

Hardware is available to match or to contrast – the traffic door and shoot bolt handles can be specified in black, white, grey, polished chrome or brushed stainless steel.

Made For Trade’s mission statement is to offer ‘The best products, with the best service at the best price’. It has clearly been very successful in delivering on that promise, and also in creating a brand that is highly attractive not just to trade customers but to homeowners as well.

That’s evidenced by a substantial marketing campaign that combines trade media with consumer titles and a mix of trade and consumer exhibitions. MFT may have closed the door on its retail operations many years ago, but it understands the benefits of pull through demand from homeowners, building a brand identity and generating leads for its 2,000 plus trade customer base.

With two more products in the pipeline, the future is very bright.

Why not subscribe to Glass Times?
Previous Defining spaces Next Marrying sustainability and efficiency in homebuilding