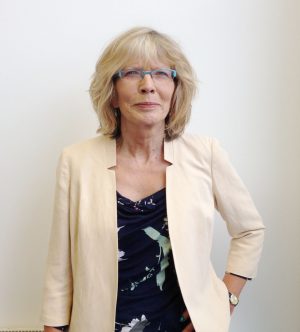 It’s been called ‘codifying by catastrophe’. It’s the way in which fire and building regulations are tightened after every major fire.

The Grenfell Tower fire will be no exception, with government ministers also now having to explain why fire and building regulations weren’t tightened sooner.

At this stage it would be wrong to point fingers of blame, although the implications of the Grenfell Tower fire have resounded around the country – and the world.

Instead, I would like to pay tribute to William Linton, whose death in a tower block fire 18 years ago led directly to a change of fire regulations.

He died in a fire in a 14-storey block of flats in Ayrshire. The fire spread via the external cladding, reaching the 12th floor within minutes, and destroyed properties on nine floors. Four other people were injured.

The local MP, Brian Donohoe, was sufficiently concerned about cladding safety that he lobbied for a parliamentary inquiry, which was carried out by the select committee on environment, transport and regional affairs.

The report found that most external cladding used in the UK did not pose “a serious threat to life or property in the event of fire”.

However, it added: “Notwithstanding … we do not believe that it should take a serious fire in which many people are killed before all reasonable steps are taken towards minimising the risks.”

The MPs on the committee also concluded that any addition to the outside of a building, which had the “potential to lessen its resistance to external fire spread”, should be subject to building regulations.

They state that: “Every building must be designed and constructed in such a way that in the event of an outbreak of fire within the building, or from an external source, the spread of fire on the external walls of the building is inhibited.” The word ‘inhibited’ is vital to interpreting those regulations.

Following the Grenfell Tower fire, the Scottish government convened a Ministerial Working Group to examine building and fire safety regulations in Scotland although, crucially, it confirmed that the type of external cladding reportedly used on Grenfell Tower is not present on any residential tower block in Scotland.

It seems preposterous to me: if Scotland codified by catastrophe after a fire in which only one person died, why did the Westminster government not consider a change in building regulations south of the border?

The catastrophic Grenfell Tower fire is a stark reminder that when fires break out they can have appalling consequences. But what sets this fire apart, at least to me, is that it was an horrific event that may have been preventable if fire regulations in one part of the UK had been adopted across the rest of the UK.

At this stage we shouldn’t speculate, but it does raise uncomfortable questions for the government and all those charged with fire safety.

In the immediate aftermath, and while I’m loathe to add our voice to the swirling debate around this ghastly event, Wrightstyle has over the years repeatedly raised issues of fire safety – in the UK directly with government, and in other jurisdictions around the world, most notably in Abu Dhabi and Dubai.

Our experience, based on over 20 years in fire safety, has found that while there are relatively robust regulations in place they are often badly understood or, sometimes, simply ignored.

Another factor is that fire safety officials, in certifying new or refurbished buildings as safe, may simply have asked the wrong questions. In this case, what cladding and insulation had been fitted, and was it compliant? The answer is that we need better training, better documentation and better checking of documentation.

There is little doubt that further guidance will be forthcoming following the Grenfell Tower fire. But maybe what’s required, and what many of us have been arguing for some time, is a complete overhaul of building and fire regulations. At the very least, the public will expect it, and the Grenfell Tower victims deserve it.

Why not subscribe to Glass Times?
Previous Bucking the solid trend Next Benchmark