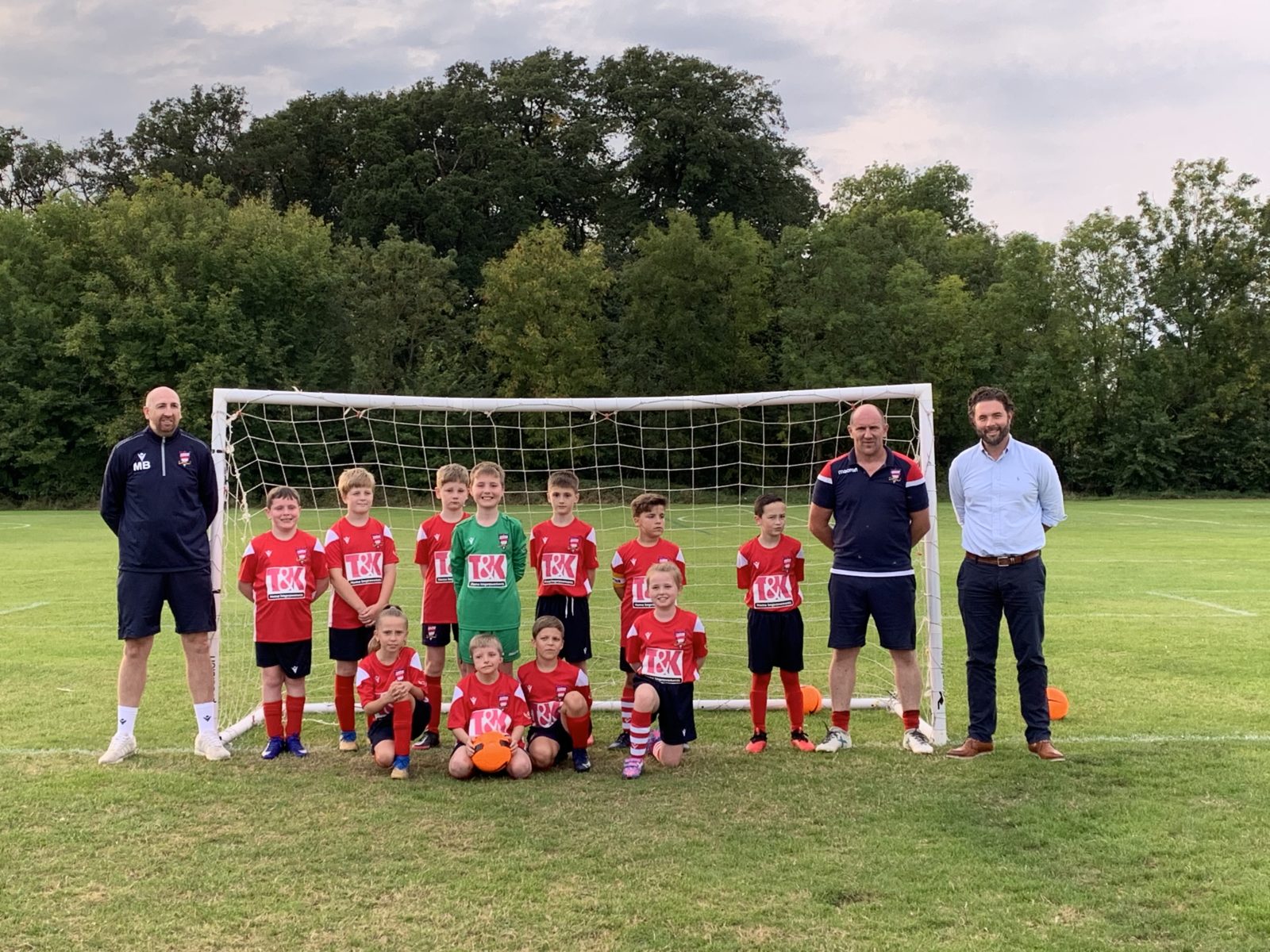 Emplas has stepped in to support a grass roots football team.

Rising Hope FC, which turns out senior, ladies, junior and veterans’ teams in the Northants Combination and Weetabix Youth Leagues, was named in memory of Lacey-Mae Hope Carley.

The daughter of the club’s chairman Graham, Lacey-Mae was born with a heart defect and, despite the best efforts of specialists, died aged only two weeks old.

The club is committed to working for the benefit of the wider community with a focus on not only the footballing ability of its junior members but also their broader development.

When it struggled to find a sponsor for its under-10 team, Emplas stepped in to help in the summer.

Graham, who is also a member of the Emplas team, said: “It’s been very difficult to attract sponsors this year. Companies have been less willing to agree sponsorships because of Covid-19.

“We even thought about asking parents to contribute but not everyone can just dip their hand into their pocket for a £30 shirt.

“So Emplas’s support this year has been an absolute lifeline for the club and we’re hugely grateful to Ryan [Johnson, managing director at Emplas] and the team for their support.”

The deal means T&K Home Improvements, Emplas’s retail business, has become kit sponsor for the under 10s team for the 2020/21 season.

Ryan said: “Graham and the officials put a massive amount of time into the club, with a real focus on developing the life skills of its players, not only those on the pitch.

“We’re delighted to be able to support them in some small way and wish the under-10s the very best of luck for the 2020/21 season on and off the pitch.”