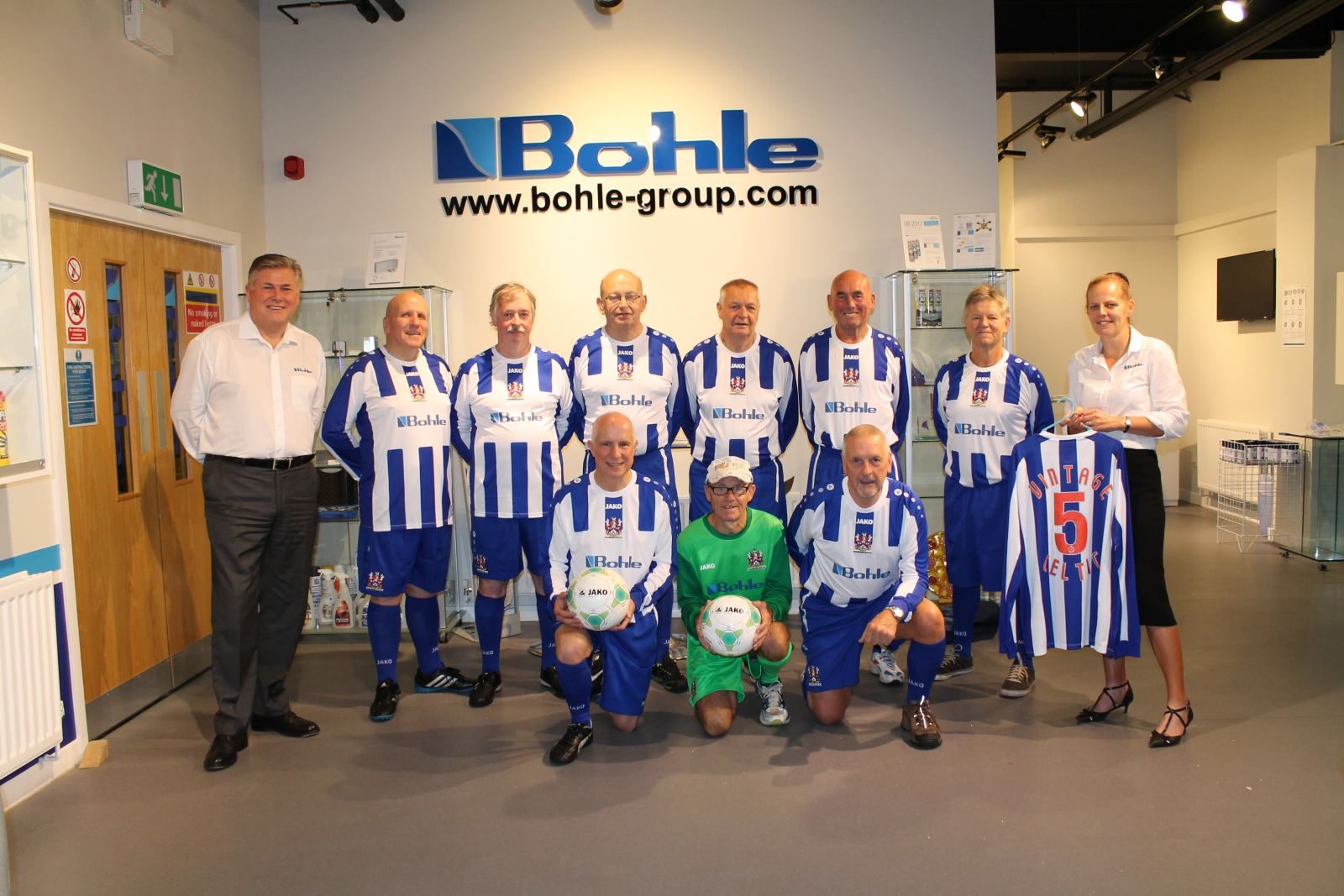 Bohle has agreed a new kit sponsorship deal with Stalybridge Celtic’s over-sixties walking football team – Vintage Celtic.
The team was crowned Championship Winners last season – the ‘Championship’ in this case the Cheshire Walking Football League Championship Division Spring 2017.
Run by the Stalybridge Celtic Foundation, the community team provides an outlet for older players whose days in the traditional game may be behind them but who still enjoy a good kick-about.
They previewed their new kit for the first time at the glass hardware, consumables, tools and machinery specialists, Manchester HQ in August ahead of Vintage Celtic’s first game of the new season in the Greater Manchester over 60s monthly walking football league.
Dave Broxton, managing director of Bohle, said: “The aims and objectives of the foundation fit perfectly into our own philosophy of supporting community-based charities.
“The Bohle team was thrilled to meet the Vintage Celtic team with the Bohle logo on the new strip. We look forward to working with the foundation in supporting community activities and initiatives in the future.”
Walking football was originally developed by Chesterfield FC Community Trust. Since its launch in 2011 it has enjoyed an explosion in popularity with more than 800 walking football clubs now registered nationwide.
Promoting cardio vascular fitness among the 50+ group, the key difference from the standard beautiful game is that if a player runs, they immediately concede a free kick.
Mike Smith, community development officer, Stalybridge Celtic said: “We’re delighted to welcome Bohle on board and look forward to working with them to deliver community activities – a big thank you to Dave Broxton for the sponsorship, the Vintage Celtic lads are made up with their new kit.”