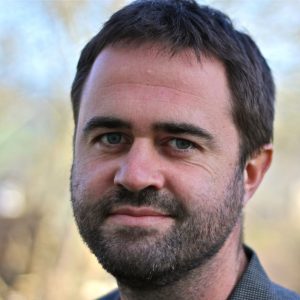 The Purplex Debate* which I reported on last week, has already generated some interest in the industry, mainly because of the headline claim that IGU manufacturers would like a trade association set up specifically to represent their interests.

Obviously, these are early days, but these were the findings of a group of individuals who had given up their day to discuss the issues that mattered most to them.

Other issues were covered, such as so-called heritage units, the race to the bottom on price, and the relevance of Window Energy Ratings in today’s market.

As I said last week, I will report more thoroughly on the discussions that took place in the March issue of Glass Times, and I would be happy to hear the views from other interested parties.
Meanwhile, I have received a letter from Certass’s Jon Vanstone, which I have included below.

I was interested to read your thoughts on the roundtable discussion involving IGU manufacturers which you recently took part in.

Given that Building Regulations were on the agenda, I feel that there may have been a missed opportunity here. As a member of the Building Regulations Advisory Committee (BRAC) and a member of our industry, had I been part of the discussion, I’m sure I could have brought some useful information and views to the table. Often the issue for groups within our industry is how they engage with government and other areas of construction when views are conflicting.

As the target for government is net zero emissions, my personal view is that replacing all double glazing with triple glazing isn’t necessarily the right approach for the benefit gained. As Edgetech’s Triple Glazing Question (TGQ) event in 2014 clearly found, triple glazing isn’t fit-for-purpose across UK housing stock and I feel that there are many other ways we can raise building fabric standards, without demanding triple glazing in all new-build housing. We must also be aware that with 29 million homes in the UK, many of which are older than myself, the construction is such that triple glazing will have a limited overall impact to net zero targets.

As I have been saying for some time now, we need to bring the industry together in these discussions so that we can make the improvements our sector needs. Drawing from your conclusion, I can only assume that the organisation that should be doing this, and representing IGU manufacturers at government level, isn’t doing so.

Although Certass Trade Association was initially launched as an installer-focused organisation, our goal is to bring the entire supply chain into the mix under our new affiliate scheme.

I’d be really interested in talking to anyone who was part of your round table discussion. As chair of the Trade Association Forum (TAF), I’d be happy to share some knowledge and experience of setting up associations. Of course, the other option is to create an IGU Group as part of Certass TA, chaired by someone who has a good overview and understanding of the entire process, from IGU manufacture to installation. And having a BRAC member as part of that group would surely be beneficial to all.

*It was previously called the Glazing Debate, but its organisers have changed the name to Purplex Debate to provide consistency when referring to what will become a series of events that will cover a wide range of topics.

Why not subscribe to Glass Times?
Previous Guide to Marketing Next Creating a difference