Connecting the inside and out

Home Project News Connecting the inside and out 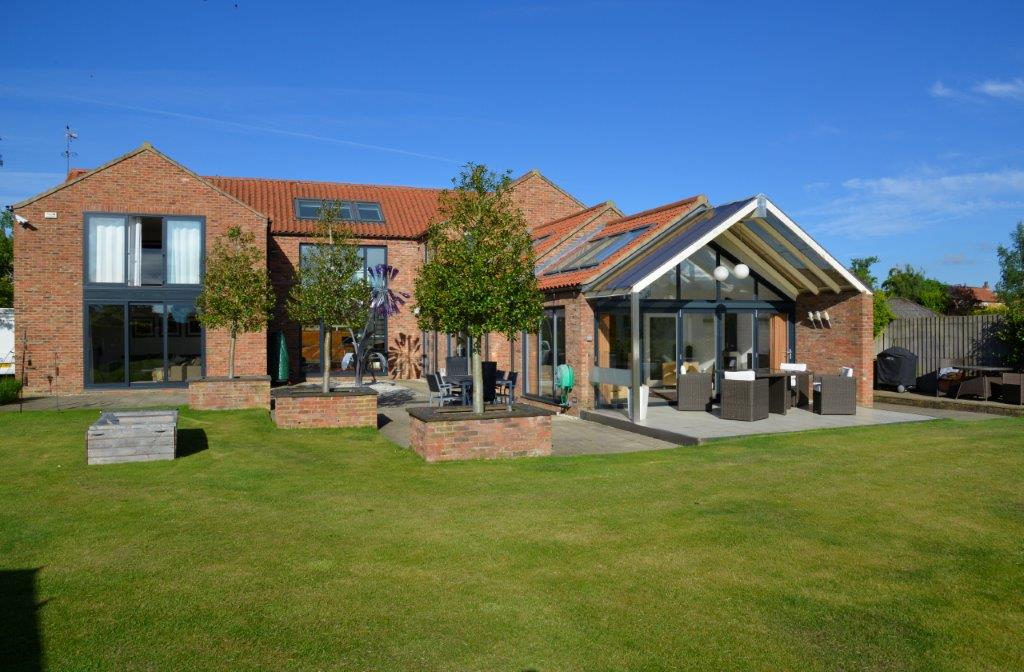 Surrounded by a rural landscape, a self-built family home in Yorkshire was reinvigorated with new aluminium doors and windows.

Originally fitted with timber frames when constructed by its current owners in 2006, the windows and doors needed replacing to rejuvenate the building’s aesthetics and frame its surrounding views.

Enhancing levels of natural light, connecting inside and outside spaces, elevating aesthetics, and improving functionality are just some of the goals the owners of this property had in mind when updating their windows and doors.

Installed as a replacement for existing timber frames, a range of aluminium windows, bifolding and sliding doors create a striking visual appearance.

The homeowners said: “It was always our intention to have aluminium windows and doors, but we were concerned about our budget when we initially built our home. That’s always the way with self-builds and, in the end, we settled for timber frames, but after a few years they began to look worn, even with a fresh coat of paint.”

Steve Windas, managing director of Vista Frames (Hull), said: “We’re always delighted to be involved with projects like this where we can make a real difference. This property in particular was spectacular to work on and, with the addition of aluminium glazing, we’ve been able to support its owners achieve the aesthetics and functionality they desired.”

Vista used a range of systems from Reynaers Aluminium, including its bifolding and sliding doors, CF 68 and CP 130, alongside door and window systems, CS 68 and ES 50.

At the rear of the property, a combination of bifolding and sliding doors open up the house onto the garden, increasing natural light.

“We’re extremely pleased with the results of these windows and doors,” the homeowners said. “We chose a grey finish for our frames which has only added to the character of our home, while their design and functionality has completely changed how we use different rooms throughout the house, making every room brighter and giving us easy access onto the garden.”

Why not subscribe to Glass Times?
Previous Capturing a mood Next Together, yet apart