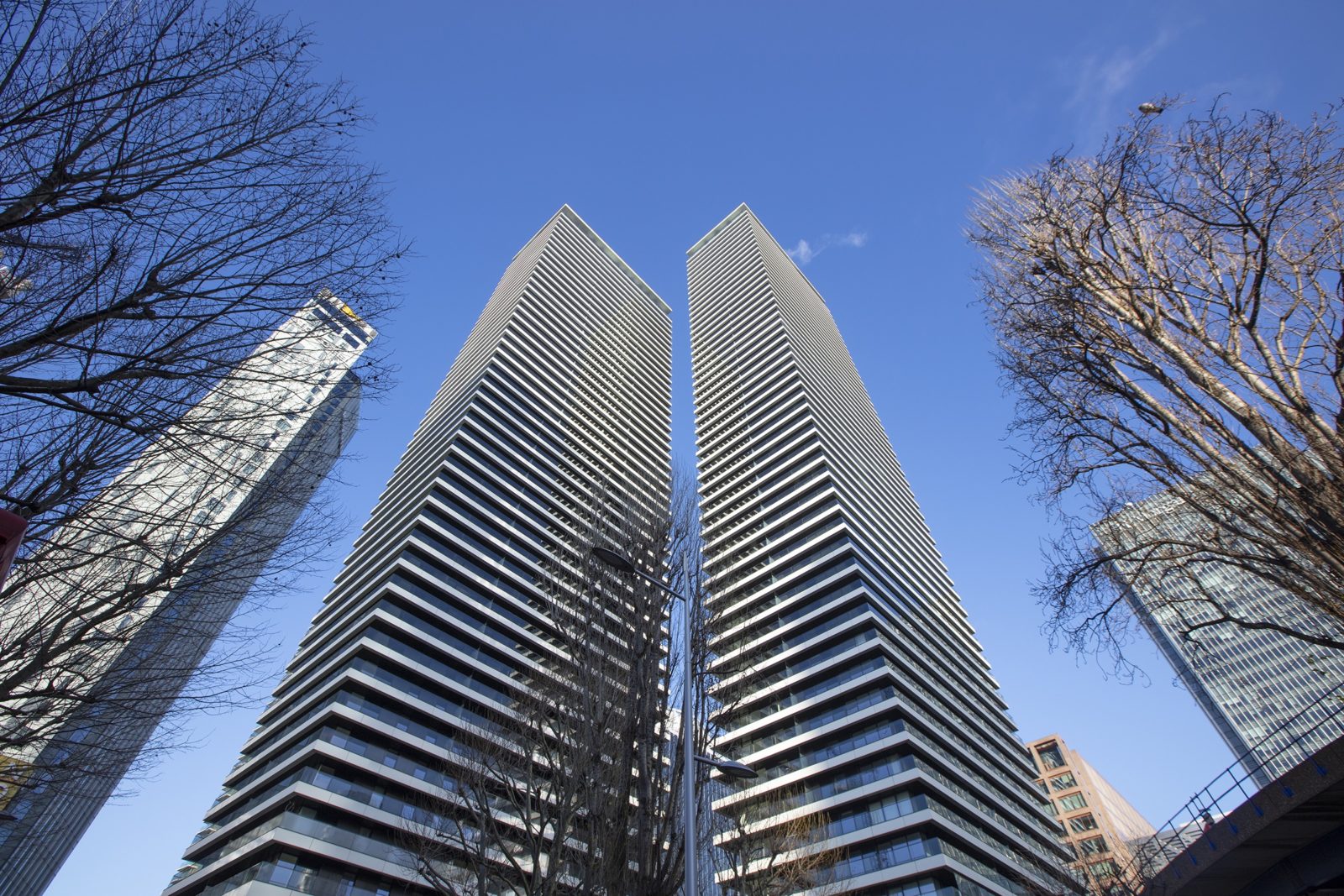 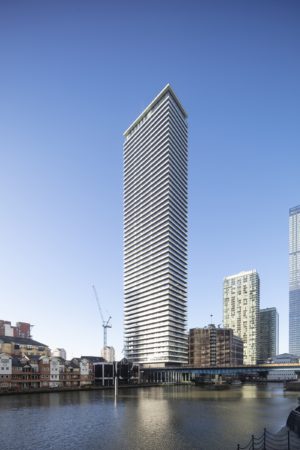 Wardian in London’s Docklands is being hailed as a landmark in sustainable development for the 21st century, with Wicona glazing systems having been selected to help achieve the twin properties’ aesthetic as well as energy, acoustic and other performance objectives.

The development was inspired by the 19th century Wardian case of Dr Nathaniel Bagshaw Ward, which botanists used to transport plant specimens from remote parts of the globe.

The development by EcoWorld Ballymore comprises 50 and 55 storey residential towers containing 768 one and two bedroom flats, as well as penthouse suites, with views of Canary Wharf and a podium housing a private screening room, restaurant and retail units.

While Glenn Howells Architects was responsible for the overall concept and detailed design,  the decision to use Wicona’s Wicline 75 doors, bespoke Wicslide 150PS sliding glazing and Wicline 90SG windows (all integrated into the custom unitised façade) was taken by Czech-based facade contractor Sipral.

Roof gardens with mature trees temper incoming air, while the towers’ design makes use of passive measures to protect the living spaces from solar gain.

A spokesperson for Glenn Howells Architects said: “The project drew inspiration from botanical roots and Nathaniel Bagshaw Ward’s Wardian cases, but sustainability was also a key factor. Wardian was designed to reduce solar gain through the use of projecting terraces, giving a 42% cooling load reduction in comparison to towers with less shaded facades, which is projected to rise to 55% saving by 2050 as temperatures rise.

“Rather than rely on air conditioning, Wardian’s sky gardens cool incoming air as well as providing every home with generous shaded amenity. The greenery also contributes to air quality, as well as creating an environment that is relaxing and enjoyable to use.

“We further worked closely with Sipral to get the glazing specification just right and meet the requirements for solar gains, while we also had a lot of work to do addressing acoustics. On the lower levels facing the DLR, we have a secondary layer of glazing and a good part of the elevation facing City Airport has acoustic glazing.”

Specified in relation to their position on the two towers’ elevations, the Wicona window and door systems installed by Sipral deliver either a 35dB or 41dB sound reduction. The majority of the fenestration offers a U-value of 1.0W/m2 K, including for the back painted spandrel units produced.

Both the apartments and the penthouses feature the use of Wicline 90SG windows with more than a 1,000 units being installed across the two buildings. Sipral’s contract also included the installation of 3,525m2 of curtain wall incorporating more than 50 bespoke elements such as cover caps.

The Wicline system offers both aesthetic flexibility and a high level of functionality, allowing the specifier to optimise energy performance, acoustic insulation and security. Like the other Wicona systems, it is compatible with the Wictec facade options which extend from the classic stick assemblies to unitised and even structural glazed elevations.

Why not subscribe to Glass Times?
Previous Secure as standard Next Green grant scheme abandoned