All the mod cons delivered 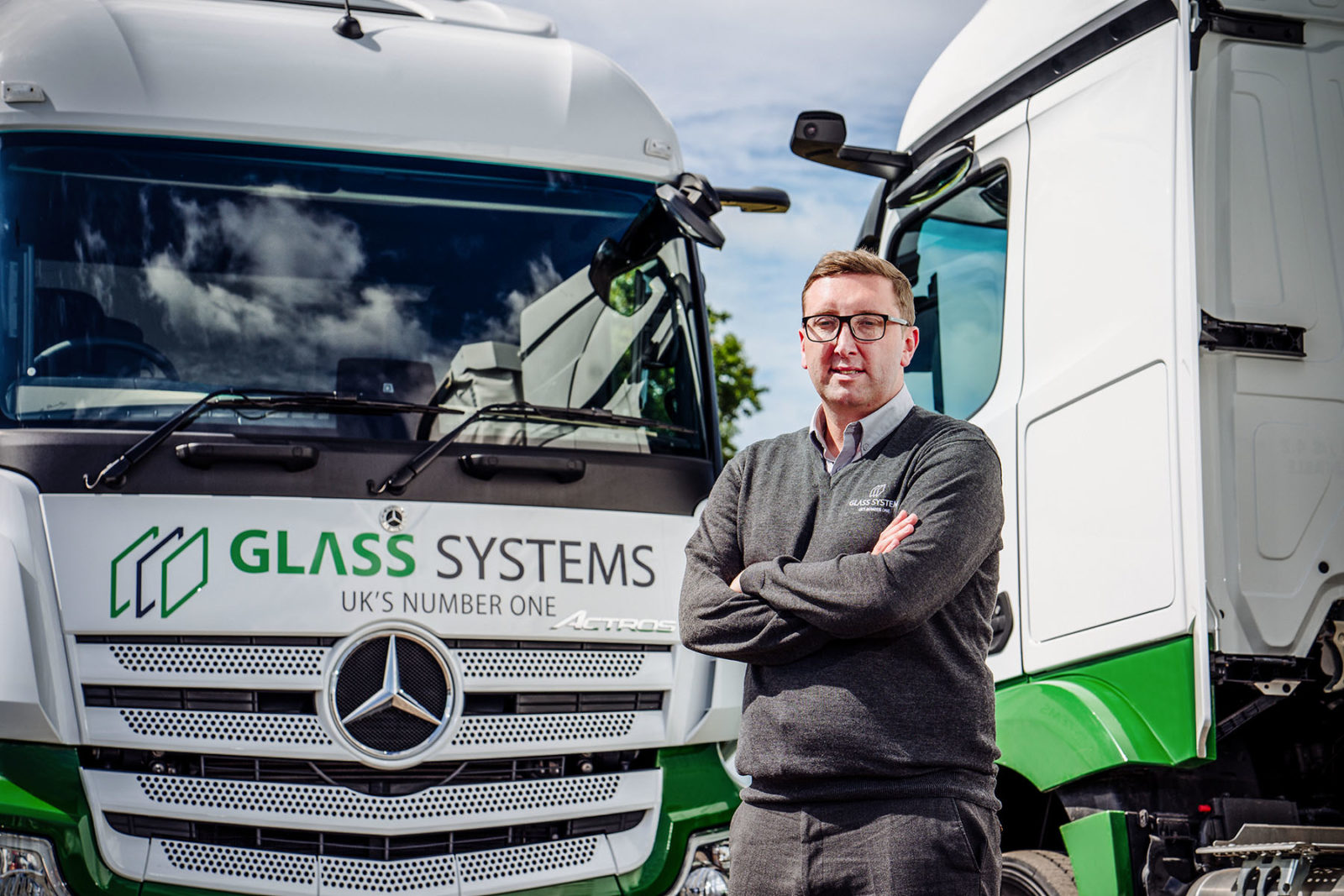 The first two Mercedes-Benz trucks to wear the updated livery of Swansea-based Glass Systems are also its first tractor units.

The company has bought Mercedes-Benz vehicles for more than 30 years – supplied since 1995 by south Wales dealer Euro Commercials.

Glass Systems now runs a single-marque fleet of nearly 50 trucks, the majority of which are the subject of Mercedes-Benz contract hire agreements. Most are 18-tonners, although the line-up includes 7.5- and 26-tonne rigids as well.

Glass Systems began operating tractor units in 2017, following its acquisition of two former Pilkington Group factories in Barnsley and Cumbernauld. However, these are rented vehicles.

Also acquired with competitive funding support from the manufacturer, the new Actros tractors are both 2543 variants with StreamSpace cabs and 10.7-litre, in-line six-cylinder engines that produce 315 kW (428 hp).

Like every 18-tonne Actros curtainsider that Glass Systems has acquired within the last year-and-a-half – Euro Commercials has delivered 14 and another two are currently in build – the tractor units are equipped with MirrorCam, Mercedes-Benz Trucks’ alternative to conventional mirrors.

Other standard-fit technology includes: the Active Brake Assist 5 emergency braking system, which boasts the industry’s most advanced pedestrian recognition capability; the latest, enhanced version of Predictive Powertrain Control, which manages gear changes and ensures that full use is made of the Mercedes PowerShift 3 transmission’s Eco Roll function to maximise fuel-efficiency and reduce emissions; and the Multimedia Cockpit, which has replaced switchgear with intuitively operated twin screens.

The MirrorCam system provides much improved rear visibility – the driver of a tractor unit never loses sight of the back of the trailer when reversing – and the cameras are less susceptible to misting over in heavy rain. It has also removed major blind spots in the shape of the large mirror housings that obscure forward visibility.

“We have some narrow roads in this part of south Wales, while the new tractors will be on and off busy sites at which access may be tight,” Glass Systems’ national transport manager Rob James said.

“Any fleet manager will tell you that in such circumstances, it’s inevitable that a truck with mirrors will suffer a certain amount of accident damage, whether from overhanging branches or other vehicles. MirrorCam is already helping to reduce damage costs on the 18-tonners because being so much smaller and mounted high up on the roof, the cameras are a lot less vulnerable to ‘knock-offs’.”

Mr James also confidently expects the new tractors to be more fuel-efficient than the rented units Glass Systems already operates. While enhanced Predictive Powertrain Control and improved cab aerodynamics contribute to economy, so, too, does MirrorCam – the fifth-generation Actros consumes up to 1.5% less diesel, Mercedes-Benz estimates, because the compact and streamlined camera housings offer significantly less wind resistance than mirrors.

“In these days of driver shortages it pays to keep the guys happy,” Rob said. “While it took some older colleagues a little longer to get used to the new dashboard and cameras, they were all won over pretty quickly.

“Most importantly, I’m convinced that running a modern, technologically advanced fleet gives us a big advantage when we’re recruiting younger drivers. They really like all the mod cons, and no-one does that better than Mercedes-Benz.” 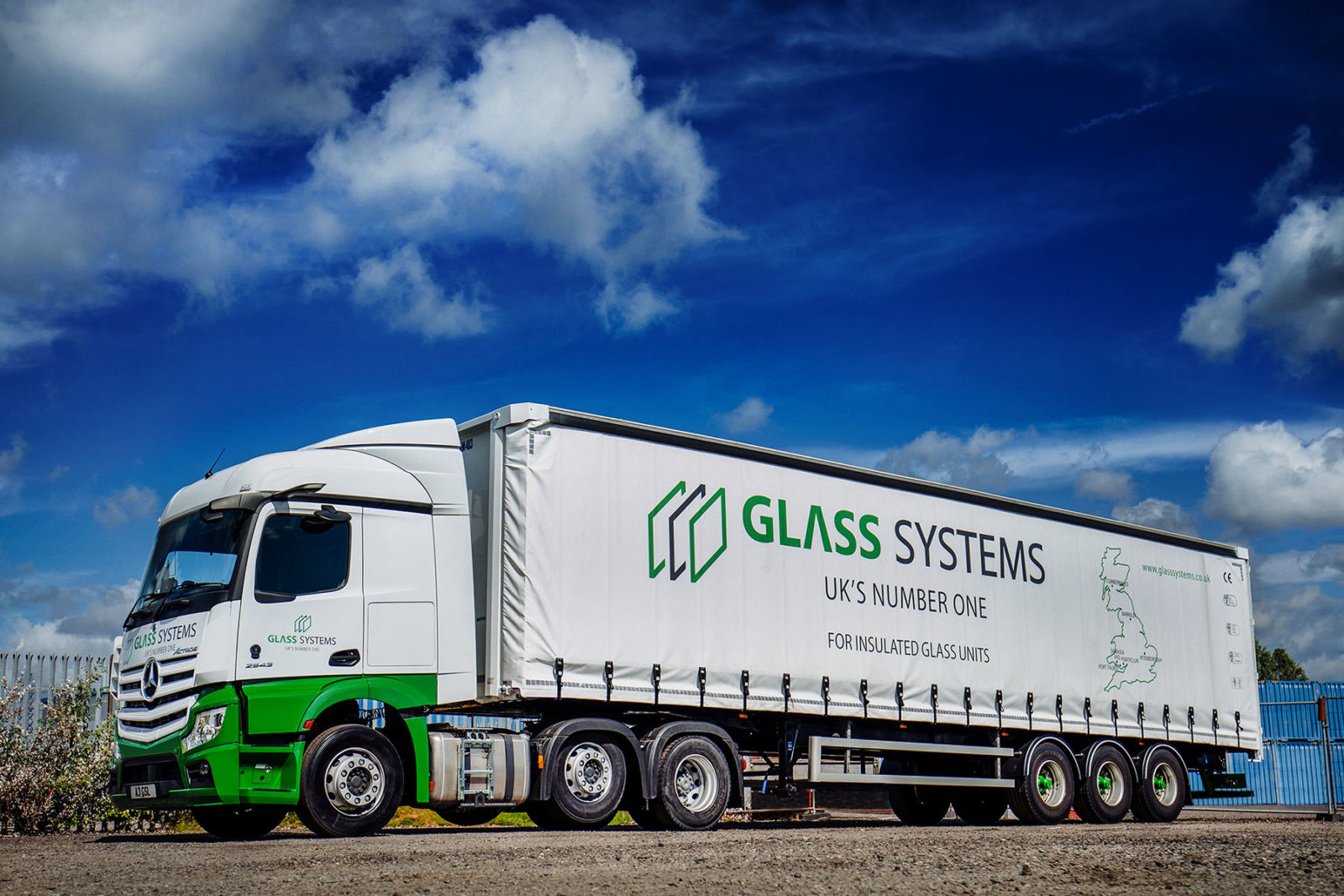 Why not subscribe to Glass Times?
Previous Heavy-duty balustrade system Next Record levels of job vacancies