We continue to press for more

Home Featured Articles We continue to press for more 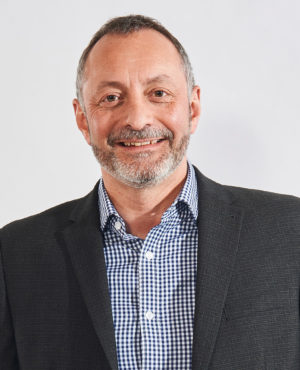 With the glazing industry now recovered from the anti-climactic Green Homes Grant scheme that was prematurely announced by the government in July, Chris Beedel, director of membership for Fensa, says that while the initiative may have damaged the sector, something positive may come out of it.

We have had extended and intensive discussions with Beis (Department for Business, Energy and Industrial Strategy), which have made the department very aware of just how keen British homeowners are on improving their properties.

This is true for all property types and sizes and in all geographical areas. However, there is a strong feeling within the industry that such demand cannot continue unabated, and a more inclusive green homes deal would have done much to offset this.

Fensa will therefore continue to engage with Beis to ensure that government appreciates the positive contribution that replacement windows and doors can make to the energy efficiency of homes in the UK. But also, that the UK glass and glazing industry came out of lockdown on a roll, and is a retail sector that is actually reporting increased homeowner demand since lockdown eased.

The poorly executed Green Homes Grant announcement had an immediate negative effect on the window and door sector as homeowners cancelled or postponed orders when they mistakenly assumed the initiative would get them discounts on their windows and doors.

After communicating how this had affected the industry, Fensa and the GGF is now advising Beis that there are significant long-term benefits to be had by introducing other initiatives that extend the boom in home improvement sales.

When so many other industries are in freefall, and obviously require expensive artificial stimulation to revive or prolong them, our industry is thriving on the demand from homeowners who realise the benefits of improving their properties. We believe that this demand will run out of steam.

Proposals have been made to ask the government to consider measures such as VAT reductions (to 5% or even 0%), to encourage the longer-term investment by homeowners. Other initiatives may include promotion of Window Energy Ratings, which have been highly developed by BFRC, and an improvement in the performance of windows, doors and conservatories through reductions in U-values defined by the Building Regulations.

A further relaxation in planning rules would also be useful.

The glazing industry has a major role to play in hitting energy efficiency targets and as an employer while other sectors shed jobs. By supporting our industry to ensure demand continues in the longer term, more jobs will be created to reduce the impact of unemployment overall.

We are working hard to ensure the government hears these messages.

Why not subscribe to Glass Times?
Previous Expertise and support Next It’s all about the otif